Half an hour before kick-off the old rocker went for a walk. They clapped him, he clapped them back and for a charming moment, as Gareth Ainsworth did his lap of the pitch, it all felt a little more normal.

More normal for him and more normal for them, those fans of Wycombe Wanderers who counted down from various points in time to this day.

Some, like Lynden Finch had waited more than half a century to see a club from a Tier Two town play a game in the second tier. She has been turning up since those days of the Sixties, back when they kicked about in the Isthmian League, five rungs below. ‘We weren’t so good then,’ she said. Yes, quite. 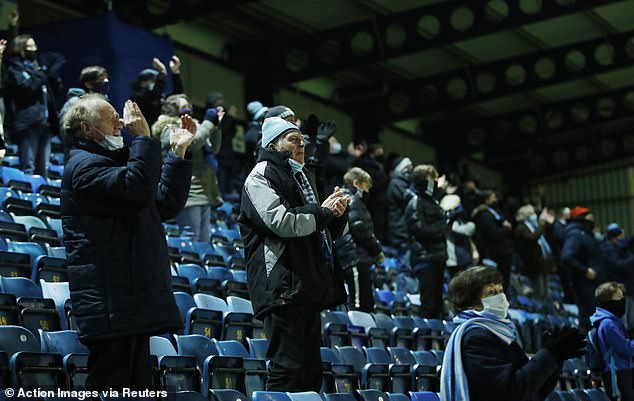 A few yards away stood another supporter, David Peaty. He’s 65 now, and you always remember your first – his was Tooting and Mitcham at home, 50 years ago at the old Loakes Park. ‘Wycombe in the Championship,’ he said. ‘It all feels a bit strange. But nice.’

That was their final game before Covid draped its curtain over all the important things and all the trivialities as well. Tranmere are in League Two now; Wycombe are in the Championship, and the world as we knew it isn’t quite what it was.

And that is why Ainsworth – the singer who manages this quirky, lovely club – had his smile, and why his followers had theirs. Because while football has been back for some time, it didn’t really return until Wednesday night, when a select few fans were shown to their seats again.

For those supporting Wycombe, a cold night against Stoke has never meant so much. Ditto for the fans at five other grounds around the country where up to 2,000 were being let in. The baby steps of progress. 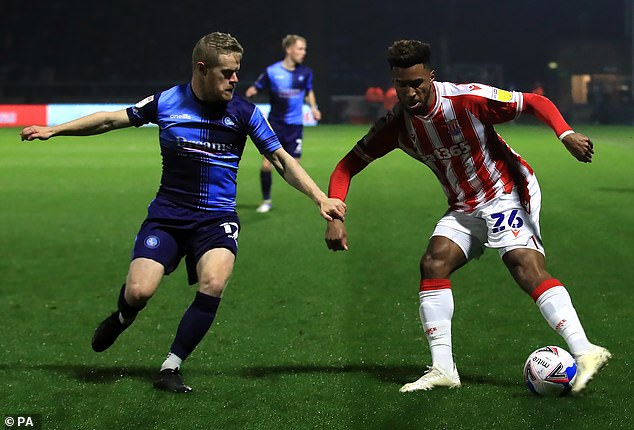 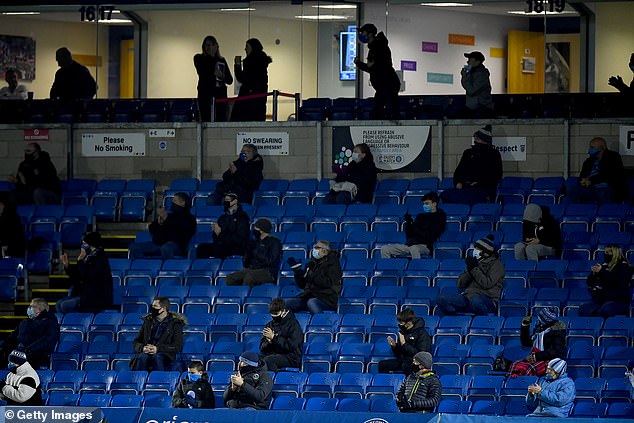 How the 1,000 at this one loved it. When Alex Samuel hit a post on five minutes, they roared. When Josef Bursik, the Stoke keeper, wasted a little time, they roared some more. When the referee, Darren Bond, booked Samuel for a dive, they roared and called him all sorts. When Nick Powell headed the winner for Stoke in the second half, they roared, so he cupped his ear and gave a bit back. Real football perished for a time; old habits survived the wait.

The bigger picture for Wycombe is that they are in an increasingly sticky spot, and the narrative will soon enough centre on their survival prospects.

But for this game, and the other five like it, it was always going to be about the immediate context. About the meaning of football to those who too often get taken for granted, and whose absence has never been felt so profoundly by their clubs.

For Mike Seaward, a Canadian who only got the bug around five years ago, ‘getting ready to go to a game again felt like getting ready for a date’. 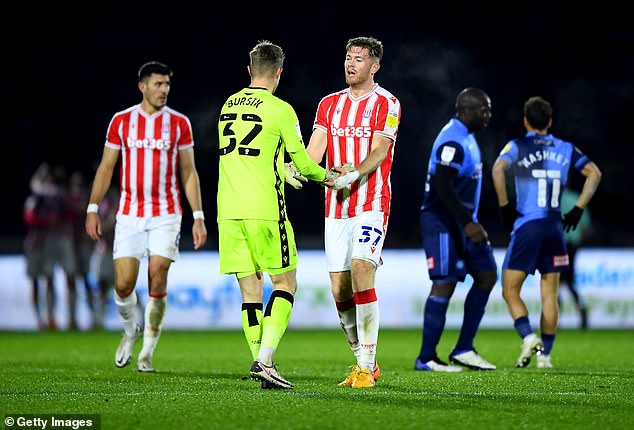 Fans were heard roaring when Josef Bursik, Stoke keeper, held on to the ball a fraction too long 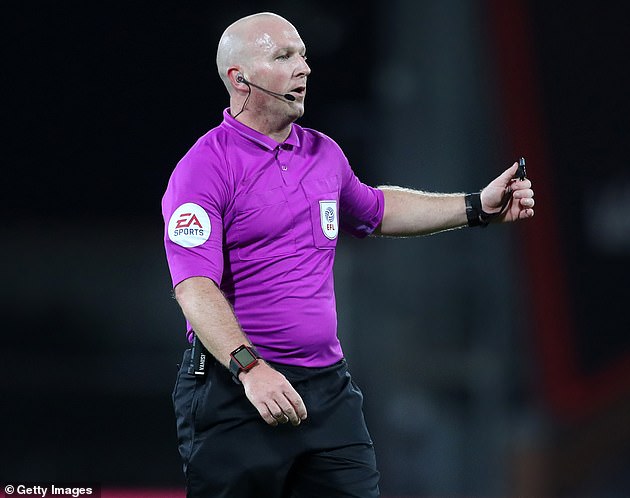 When the referee, Darren Bond, booked Samuel for a dive, they roared and called him all sorts

For Linda who runs Linda’s Burger Van, which took its first matchday cash since February, it was just ‘very welcome’. For the 65 stewards it was a wage. For the club, and so many others fighting to balance books, it was a tiny portion of what they need, but a stride that was essential.

‘It has been a dreadful year and this is just a bit of normality,’ she said. ‘We all needed it.’

10 things to look out for in the Europa League