Fiorentina coach Cesare Prandelli, 63, tests positive for coronavirus and the former Italy manager could miss his side’s Serie A clash against Genoa on Monday as he begins self-isolation

Fiorentina head coach Cesare Prandelli has tested positive for coronavirus and has begun a period of self-isolation at home, his club confirmed on Wednesday.

Former Italy boss Prandelli, 63, only took over the reigns in Florence last month after the Serie A club dispensed of the services of Giuseppe Iachini.

But less than a month into his new job, Prandelli will have to undergo a period of self-isolation, with the squad entering a bubble ahead of their Serie A clash against Genoa on Monday.

Fiorentina coach Cesare Prandelli has tested positive for coronavirus, his club have confirmed 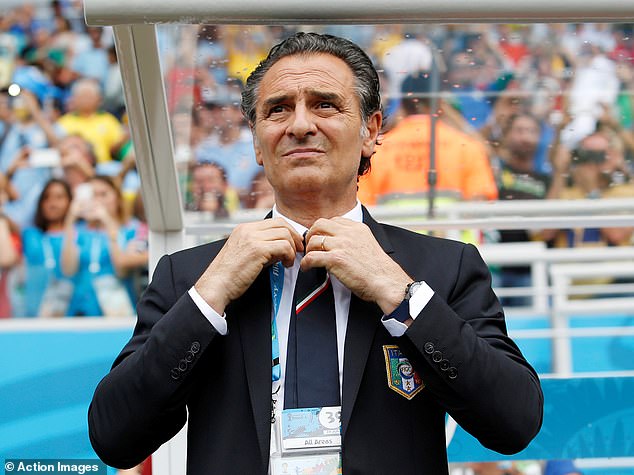 ‘ACF Fiorentina announce that coach Cesare Prandelli has tested positive for COVID-19 in the test provided for by the protocol,’ the club wrote in a statement on Wednesday.

‘The Viola coach is already in isolation. The Fiorentina team group will now enter the bubble and will continue to follow the entire procedure provided for by the health protocols in place.’

Prandelli is yet win in Serie A since taking the hotseat at Fiorentina on November 9.

His side lost 1-0 at home to Benevento in his first match in charge and lost 2-0 at leaders AC Milan on Sunday. 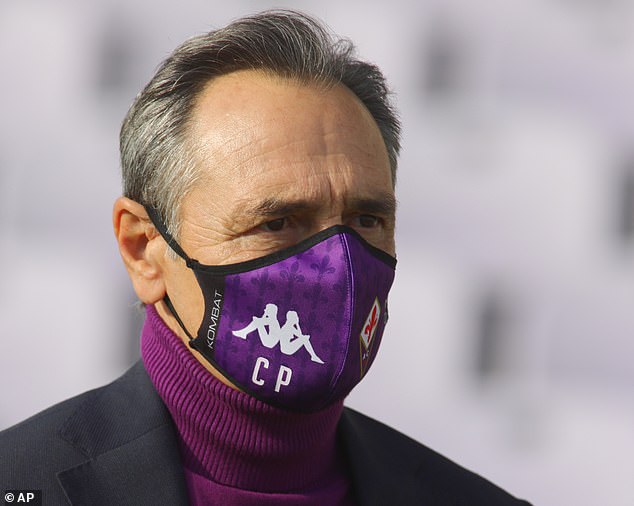 However, ex-Roma, Parma and Genoa coach Prandelli did claim a win against Udinese in the Coppa Italia last week.

Fiorentina are currently 17th in Serie A, just two points above the relegation zone.

It is Prandelli’s second stint as Fiorentina manager, having coached the first-team for five years from 2005-2010.