Alex Runarsson insists he is ready to challenge to be first choice at Arsenal – otherwise he would not have joined this summer.

The 25-year-old Iceland goalkeeper moved to the Emirates Stadium from Ligue 1 outfit Dijon having made made 14 appearances in all competitions last season.

The deal was reported to be worth around £1million as Runarsson was signed to provide cover for Bernd Leno after Emiliano Martinez left to join Aston Villa.

Martinez departed after Arsenal boss Mikel Arteta told his goalkeepers he was planning to have a consistent first choice between the posts this season.

During his time at Dijon, Runarsson conceded 59 goals in 34 league starts and kept just five clean sheets along the way – the last coming in April 2019.

But he has yet to concede while donning the gloves for Arsenal in their Europa League group-stage wins over Dundalk and Molde. 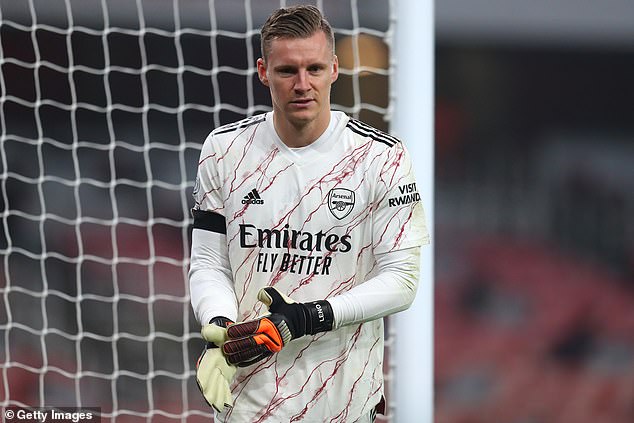 Runarsson is likely to return to the side for Thursday’s visit of Rapid Vienna but is keen to fight Leno for the number one jersey moving forward.

‘Yes. I think that should be the mindset for everybody that you want to play,’ Runarsson replied when asked if he is ready to challenge the Germany international.

‘It doesn’t matter what position you play. I think maybe as a goalkeeper it is a little bit different, but you definitely have to have the mentality that you want to push to become No 1.

‘If it happens or not, if it happens in one week, one month or one year, that always has to be your mentality – because otherwise you’re in the wrong profession I think.’

Asked if he backed his own ability to wrestle the first-choice position from Leno he added: ‘Yes, 100 per cent – otherwise I wouldn’t be playing for this club, I think.

‘I have to have this mentality that I can play and I have to believe it and show it.’ 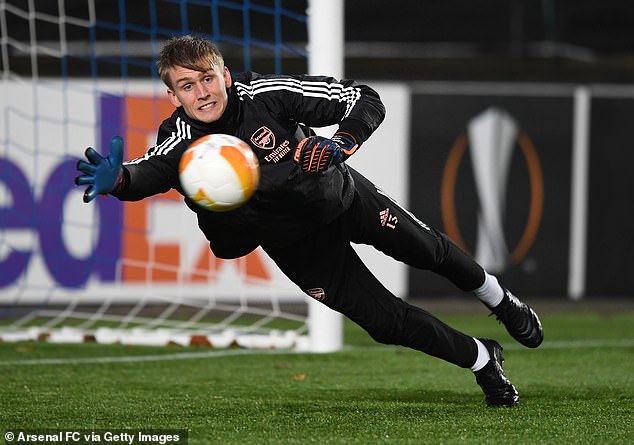