Nottingham Forest 0-1 Swansea: Connor Roberts puts his head where it hurts to lift City up to fourth as Chris Hughton’s struggling side slip to a third straight defeat

Ameobi comes out on the taller side at six feet four inches. Roberts comes in at a more modest five feet nine. There are no excuses for Ameobi losing a header in this match-up. None.

And yet he did, quite convincingly, inside his own box on the stroke of half-time. Maybe his mind had wandered off to the interval. Maybe he underestimated Roberts. Maybe it was a total absence of thinking that did it. 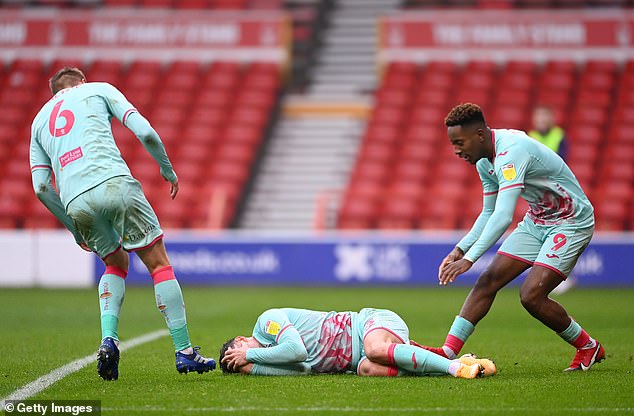 Roberts hurt his head in winning the aerial duel to score, prompting his team-mates’ concern 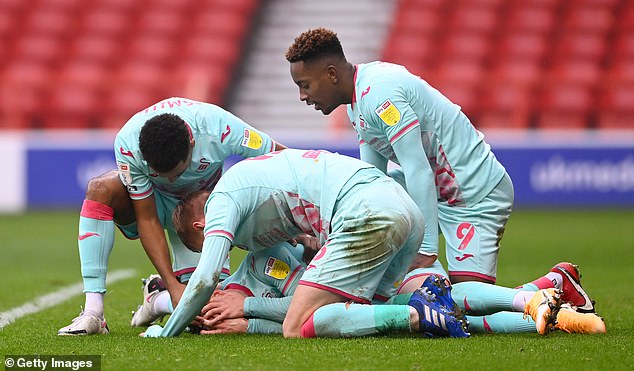 Andre Ayew recycled an attack by hooking the ball back into the Forest area more in hope than anything else. Scott McKenna got under the header, sending it spiralling towards the back post.

Roberts jostled and then leaped high, far higher than the taller Ameobi. It smacked of desire, a determination to take a clattering – which he did.

Roberts went down in a heap, clutching his face, as team-mates ran over to celebrate. There would be no questioning his bravery.

Brice Samba in the Forest goal stood motionless as the Welsh international planted his header into the far corner. Samba could avoid the blame, Ameobi couldn’t.

Cameras quickly panned to Forest boss Chris Hughton. His jaw tightened, his chewing gum given a rigorous workout and it did not take an expert to predict some choice words in Ameobi’s direction back in the dressing room.

Hughton succeeded Sabri Lamouchi back in October talking up what he feels could be his biggest job in management. 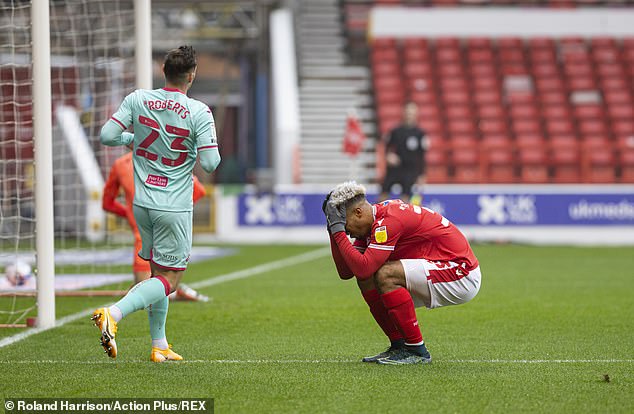 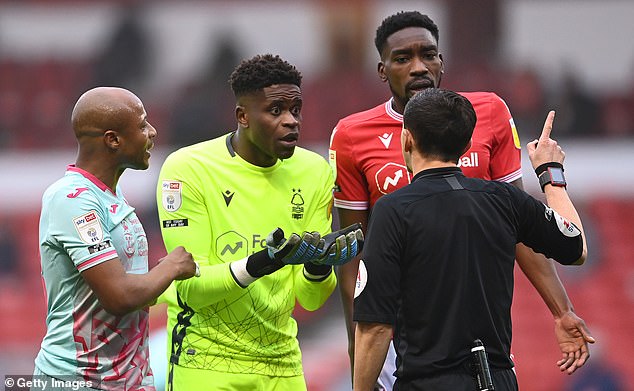 His credentials speak for themselves. Both Newcastle and Brighton were promoted to the Premier League on his watch.

That’s what Forest want, some of that magic dust to rub off around the City Ground. Not since 1998-99 have supporters been treated to Premier League football. Patience is wearing a little thin.

Forest arrived on the back of two defeats – both on the road – and while the disappointment at the release of the Government’s coronavirus tier system means fans will be kept out for a while longer here, the City Ground has represented something of home comfort of late.

Swansea last won here in 2006, winless in their last seven visits and yet as the mist rolled in from the River Trent, they played with a clarity that suggested, in their mind at least, this result was never in doubt.

Steve Cooper’s side are well drilled – having the best defence in the Championship sort of gives that away – but they are also creative and fiercely determined, as Roberts proved with the goal.

Here were two sides who were in promotion contention last season. Forest missed the play-offs on the final day while Swansea lost in the semi-finals to Brentford.

While Forest, who stay 20th and two points above the relegation zone, have appeared punch-drunk, Swansea have shaken off any fears of a hangover as they are fourth with a win. 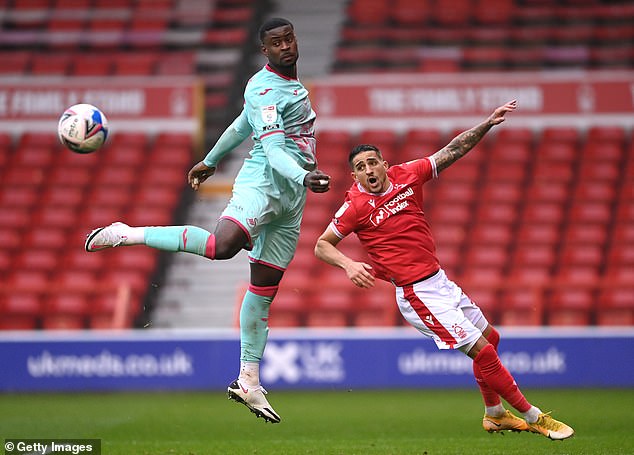 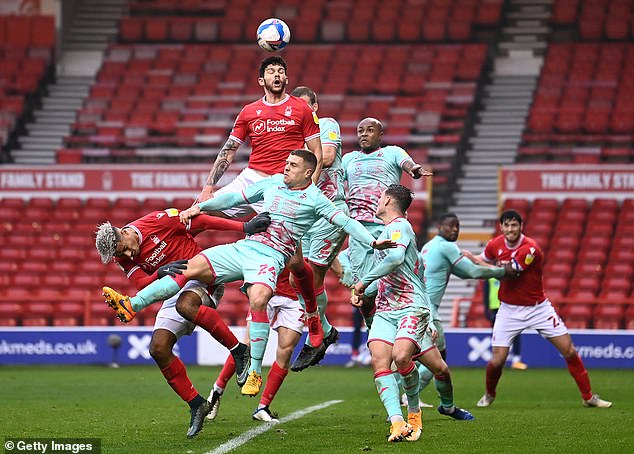 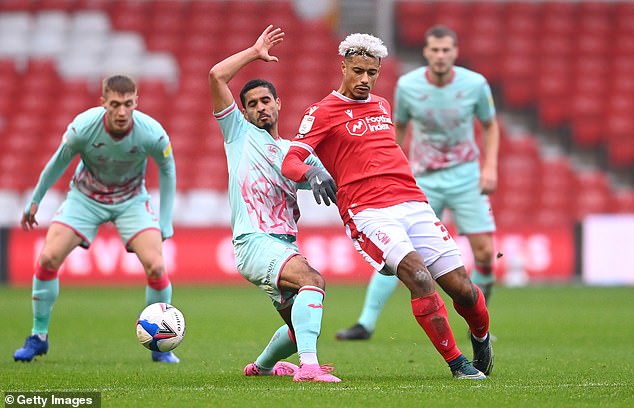 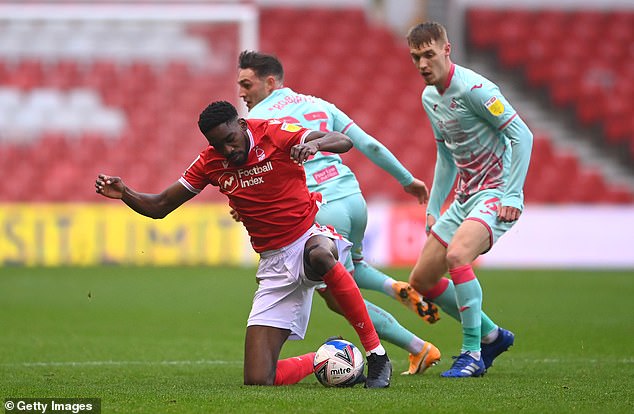 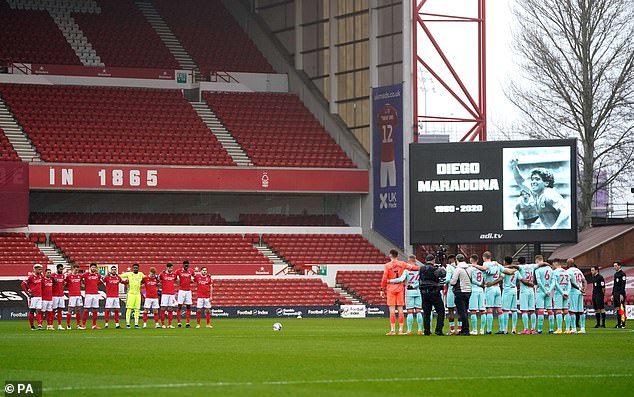 The two teams pay their respects to Diego Maradona, who died on Wednesday, before kick-off 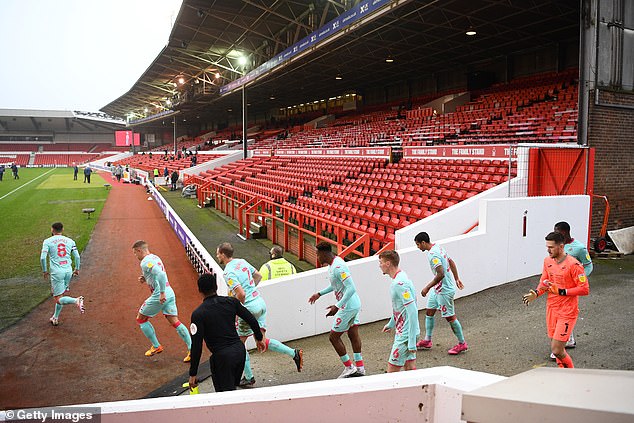