THE SECRET SCOUT: Coventry’s rising star Callum O’Hare has shown shades of his former Aston Villa team-mate Jack Grealish… but he must get goal conscious to maximise his strengths

Our scout is a top football expert who attends matches each week searching for the next star. Here is his verdict on rising Coventry star Callum O’Hare for Sportsmail….

With league experience behind him, this tricky attacking midfielder is an important player in his Coventry team.

He is right-footed, moves well with the ball and has tidy close control. At 22, he has plenty of time for further development as he plays regular football.

In a young team, he sets an excellent example with his non-stop harassing of opponents.

Playing off the front man when I watched him, he was constantly retreating to help his midfielders gain a fair share of the ball. Occasionally I saw shades of Jack Grealish, his former Aston Villa team-mate, as he consistently drew fouls.

He scampers around chasing lost causes but to bracket him as energetic would be unfair.

He can spot a pass — the best two balls of the game were both his and led to chances.

He hit one long cross-field ball that raced across the turf accurately, so he can certainly ping a ball too.

In the second half the manager introduced another striker and it suited O’Hare better, having two targets to play to in a team who play thoughtful football.

His height — he is only 5ft 9in — is no barrier to him, but sometimes he should slow down, or even stand still for a moment, and take a breather. Every game is part of his learning curve, though.

He is nimble and elusive with the ball but needs to get goal conscious to maximise his strengths. 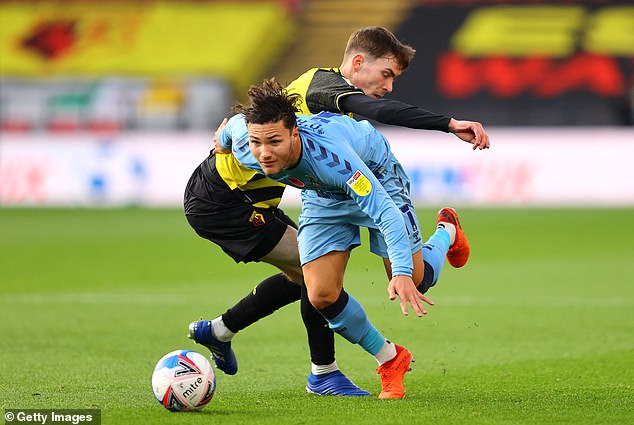