Eleven Scotland Under-21 players have been instructed to self-isolate after three tested positive for Covid-19.

Players were back at their clubs on Thursday and Friday following the Scotland Under-21s’ defeat in Greece on Tuesday and it is understood that players from three Scottish Premiership clubs subsequently tested positive.

A Scottish Football Association statement read: ‘Following the return of the Scotland Under-21s squad on Wednesday, the Scottish FA has been informed that three players have since tested positive for Covid-19 during their routine pre-match testing at their respective clubs.

Eleven Scotland U21 stars have been told to isolate after three positive Covid-19 cases in the camp. Pictured: David Turnbull takes a shot during Tuesday night’s defeat by Greece

‘A meeting involving the Scottish Government’s Covid experts took place this morning and after reviewing all relevant information from the under-21 team manager and Covid officer, they identified a further eight players and two staff members considered to be close contacts. 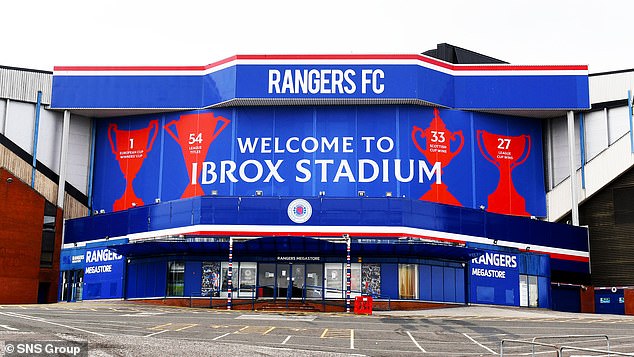 The likes of Rangers, Celtic and Aberdeen all had players on duty with the national U21 side

‘The close contacts were established using aircraft and bus manifests, in adherence to government protocols that consider close contacts to be two rows either side of a positive case.

‘We have informed all clubs affected by the positive cases or close contacts in advance of matches taking place this weekend.’

The likes of Celtic, Rangers, Aberdeen, Livingston, Motherwell, Hibernian and Ross County had players in the squad.

Meanwhile, Albion Rovers’ League Two game with Cowdenbeath has been postponed after seven players and staff from the Coatbridge club tested positive.

Steve Clarke won’t be getting nationalistic about facing...