Top Sport News
Eighth-tier AFC Marine will be gunning for Mourinho’s millionaires when Spurs arrive...
Manchester City, Barcelona and Real Madrid ‘join the race for Hoffenheim youngster...
Arsenal target Houssem Aouar insists he’s ‘very glad’ he stayed at Lyon...
Chelsea ‘believe they are in pole position to land David Alaba on...
Neymar warns PSG they have to improve and play more as a...
Lennon set to take charge in Milan with Celtic powerbroker Desmond resisting...
Eighth division side Marine to take on Premier League leaders Tottenham in...
Ten years after the Venky’s took over at Blackburn – the Rao...
Javi Martinez would ‘like to try something new’ with his Bayern Munich...
Eden Hazard suffers yet ANOTHER injury with Real Madrid star set to...
Home La Liga Atletico icon Paulo Futre questions Antoine Griezmann’s Barcelona move as he was a ‘God’ in Madrid
La Liga

Antoine Griezmann’s troubles at Barcelona were always going to happen as long as Lionel Messi remained at the club, according to Paulo Futre, an Atletico Madrid legend who said Griezmann was a ‘God’ in the Spanish capital before he left.

Barca’s long-running pursuit of Griezmann finally came to an end when the diminutive midfielder joined the Catalan giants in the summer of 2019 for £107million.

A World Cup winner who had been the jewel in Atletico’s crown, huge things were expected of Griezmann when he arrived at the Nou Camp. 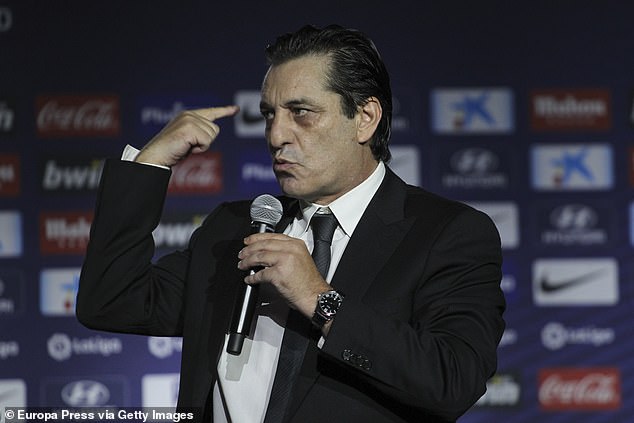 Futre said Barca is all ‘Messi, Messi, Messi’ while Griezmann, 29, was ‘a God’ at Atletico Madrid

But it has been a story of woe both on and off the pitch, most prominently regarding his reportedly strained relationship with club icon Lionel Messi.

Futre said while he understood Griezmann’s motivation for leaving, the 29-year-old should have known better.

‘I understand Griezmann’s move because he was trying to win the Champions League with Barca,’ Futre told Catalunya Radio.

‘I think he left to win much more, he must have thought it would be more likely. 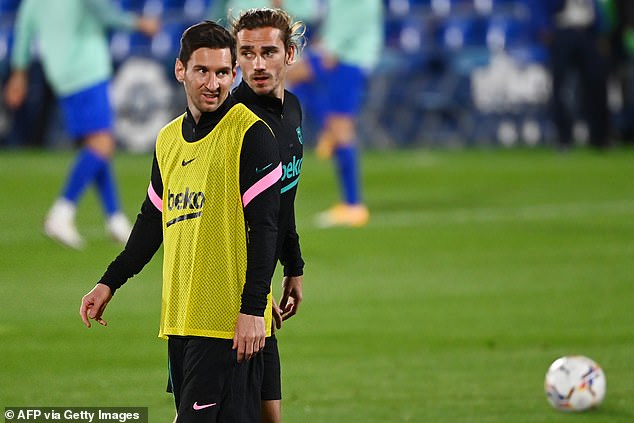 The Frenchman, 29, has a reportedly strained relationship with Barca talisman Lionel Messi 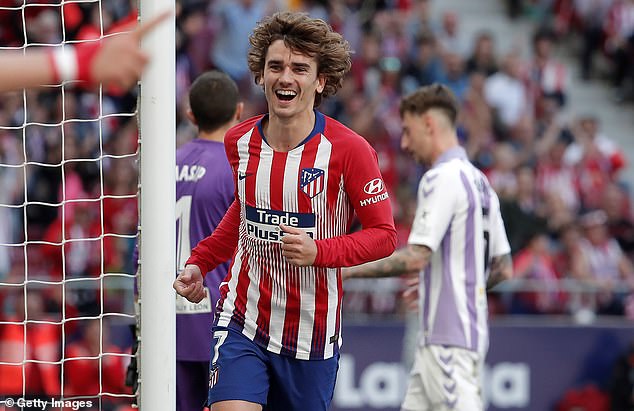 At Atletico, Griezmann amassed 257 appearances and scored 133 goals and 50 assists

‘But we all know that at Barca first is Messi, Messi, Messi… 50 Messis. After [Luis] Suarez, [Gerard] Pique and Griezmann came fourth or fifth [last season].’

Griezmann’s relationship with Messi has almost certainly not benefitted from the Frenchman’s former advisor Eric Olhats recently slamming the Argentine as ‘both emperor and monarch’ who has a ‘deplorable attitude’ and oversees a ‘regime of terror’ at Barca.

Messi has hit back at the comments, saying he was ‘tired of always being the problem for everything’ at the club.

But Futre says no matter how well Griezmann plays he will always be second fiddle, employing similar regal figureheads to Olhats to make his point.

‘If Barca win the Champions League, the newspaper covers will always be for Messi,’he said. 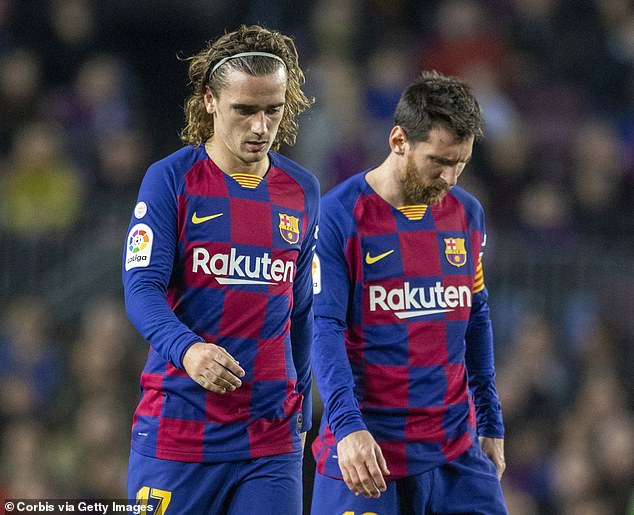 ‘If Griezmann had not left Atletico, he would have been a legend, more than me. But I knew that this would happen, that he would have problems adapting.

‘At Atletico, Griezmann was God. At Barca, he can be a duke or a count.’

Regardless of the relationship difficulties, it is clear that on the pitch Griezmann has struggled since joining Barcelona. The World Cup winner has scored just 17 goals in 57 games, and provided a paltry five assists.

He is a shadow of the imperious midfielder he was at Atletico, where in 257 appearances he amassed 133 goals and 50 assists.

Zinedine Zidane at a loss to explain Real...