Top Sport News
Manchester City, Barcelona and Real Madrid ‘join the race for Hoffenheim youngster...
Arsenal target Houssem Aouar insists he’s ‘very glad’ he stayed at Lyon...
Chelsea ‘believe they are in pole position to land David Alaba on...
Neymar warns PSG they have to improve and play more as a...
Lennon set to take charge in Milan with Celtic powerbroker Desmond resisting...
Eighth division side Marine to take on Premier League leaders Tottenham in...
Ten years after the Venky’s took over at Blackburn – the Rao...
Javi Martinez would ‘like to try something new’ with his Bayern Munich...
Eden Hazard suffers yet ANOTHER injury with Real Madrid star set to...
Former Celtic boss Gordon Strachan is now FAVOURITE ahead of Eddie Howe...
Home Scottish Premiership How it’s all going right for Steven Gerrard and Rangers as they top the Scottish Premiership
Scottish Premiership

Having battered Hamilton 8-0 prior to the international break, Rangers have started this season like a steam train and currently sit top of the Scottish Premiership.

Steven Gerrard’s men hold a nine-point lead over Old Firm rivals Celtic, albeit Celtic have two games in hand in their pursuit of an unprecedented 10th successive league title.

Rangers have looked a different beast from the team which faltered so badly across the second half of last season after the winter break. 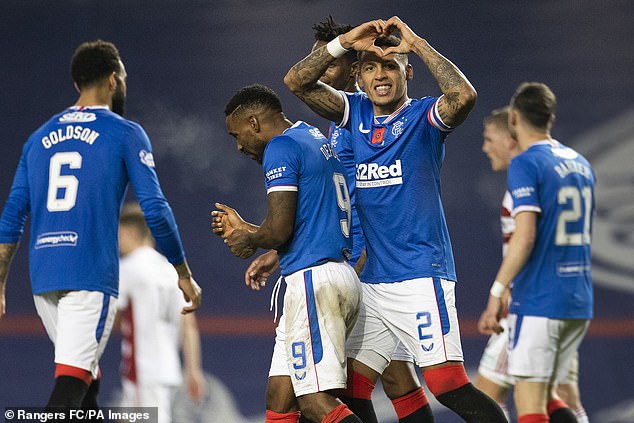 They are unbeaten in their 14 league games so far, winning 12 and drawing twice, scoring 37 goals and conceding just three at the other end.

The highlight so far was a 2-0 victory at Celtic Park in mid-October, with bookies installing the Ibrox side as odds-on favourites to go on and win the league.

Chasing the club’s first major trophy since their financial implosion in 2012, Gerrard would become a club legend if he can stop Celtic’s march to ten-in-a-row.

Here, Sportsmail’s Calum Crowe takes a look at some of the key differences this season and how Gerrard has turned it around after such a disappointing end to the previous campaign.

Towards the end of last season, Rangers were losing some scandalously cheap goals. They lost 2-1 at Kilmarnock, drew 2-2 at St Johnstone, lost 1-0 at home to Hamilton – and got knocked out of the Scottish Cup by a Hearts team who ended up being relegated.

They imploded and it was their defence which came under some intense scrutiny. In particular, Connor Goldson was making a rash of errors and fans were calling for Gerrard to drop the former Brighton defender.

But it’s been an altogether different story in the new campaign. Goldson has been an ever-present, playing every single minute of the Premiership season so far. 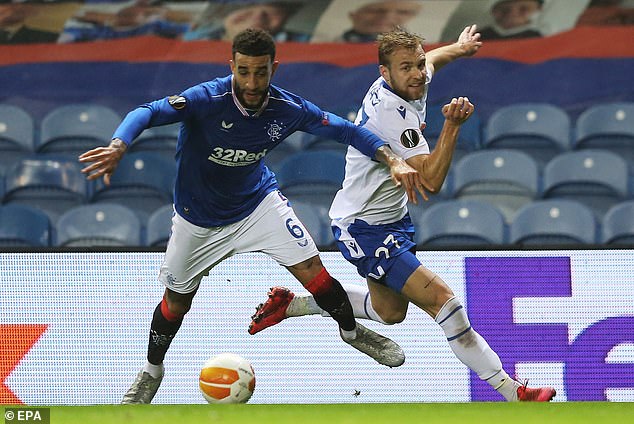 The Rangers defence has looked miserly, conceding just three goals in 14 games. He’s not the captain, but there’s no doubt that Goldson is the leader at the heart of the Ibrox backline.

The highlight of his season came when he scored both goals in the 2-0 victory at Celtic Park, but it’s been his defensive work which has formed the bedrock of a blistering start to the season.

In James Tavernier and Borna Barisic, Rangers possess the two best full-backs in the league and they are absolutely pivotal to providing the width to Gerrard’s 4-3-2-1 system.

In particular, the transformation in Tavernier has mirrored that of Rangers as a whole over these past few months.

Prior to lockdown, there were serious questions over his future at the club – let alone just his captaincy – after some deeply ill-advised comments in the official club programme. 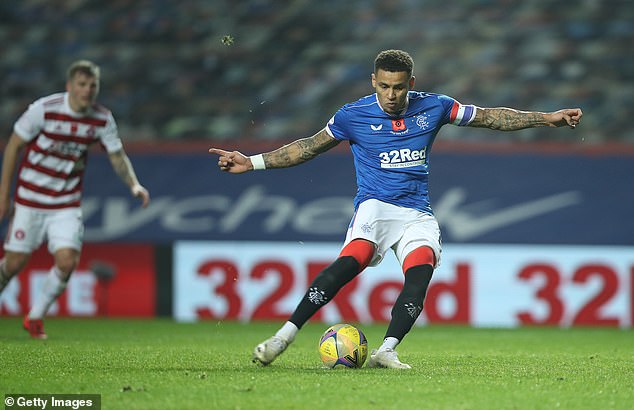 Tavernier effectively admitted that Rangers struggle to handle the heat when opposition teams get in their face and put them under pressure. Ironically, they duly went out and lost 1-0 at home to lowly Hamilton.

It was an astonishing comment for the club captain to make. Fans were furious and it seemed like Rangers had two options heading into the summer – either sell Tavernier or at least take the armband off him.

But Gerrard stuck by him and is now reaping the rewards. Tavernier has been reborn this season. He’s cut out the sloppy mistakes he had been making in defence – and the numbers he has been producing in attack have been quite ridiculous for a full-back.

He’s the Premiership’s joint top scorer with eight goals and six assists from 14 games. He’s an early contender for Player of the Year along with Ibrox team-mate Ryan Kent. Speaking of whom…

After a stellar season on loan from Liverpool in 2018-19, Rangers then forked out £7million to take Ryan Kent to Ibrox on a permanent basis.

But he failed to hit the same heights, perhaps suffering from some second-season syndrome. Incredibly, the winger played 21 games in the Premiership last term yet failed to register a single assist. 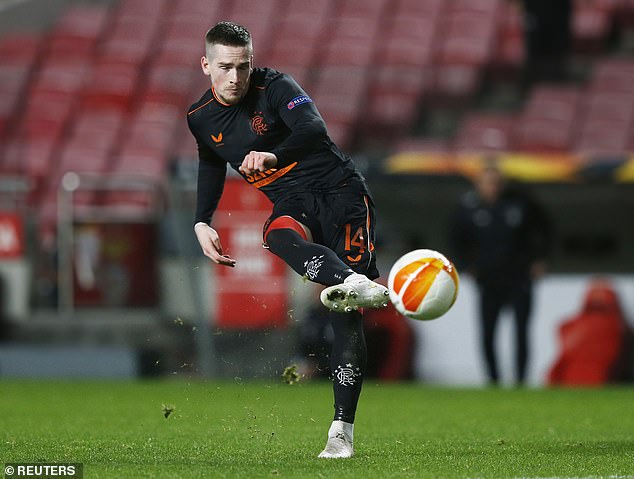 Now in his third season in Glasgow, the 24-year-old is tearing teams apart on a regular basis and is delivering the goods for Gerrard.

Kent has four goals and three assists in the league so far. But it’s more than just the numbers he’s producing. He’s now Rangers’ key man in attack.

The team pivots around him in the final third. If he’s not giving an assist, then he’s quite often giving the killer pass before an assist to carve a team open.

He looks brimming with confidence and is demanding the ball from his team-mates. He has overtaken Alfredo Morelos as the club’s most valuable player.

NOT AS RELIANT ON MORELOS

In amongst all the red cards and disciplinary issues, Alfredo Morelos’ goal record for Rangers has been phenomenal.

Signed for just £1million from HJK Helsinki in 2017, the Colombian has since gone on to fire 84 goals in 154 games for Rangers.

He also overtook Ally McCoist recently as the club’s all-time top scorer in European competitions after netting in the 3-3 draw against Benfica in the Europa League in Lisbon. 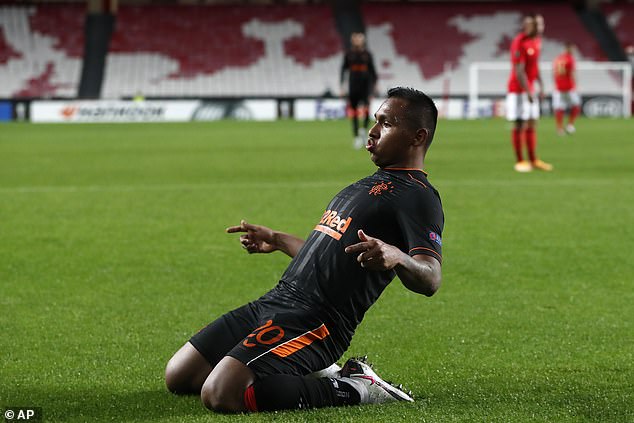 But there were times during Gerrard’s first two seasons in charge when Rangers were massively over-reliant on Morelos.

That hasn’t been the case this time around, however, with a more even share of goals being spread across the team.

Along with the contribution of Tavernier and Kent, Kemar Roofe and Joe Aribo have also chipped in with four goals each in the Premiership so far. Scott Arfield also has three goals and four assists.

Morelos is no longer an automatic first-pick up front in the way that he once was. He’s only scored three goals in the league, but Rangers haven’t suffered. They looked a more well-rounded unit. 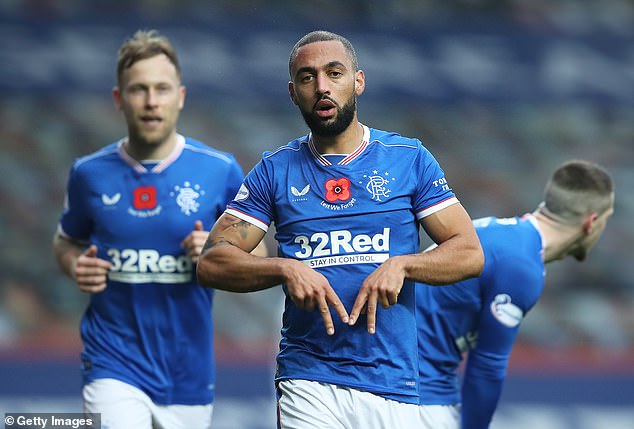 Signed for just £50,000 from Dundee in 2019, Glen Kamara has been a revelation this season. The Finland international and former Arsenal youth is such a classy player on the ball.

The same applies to Aribo, who provides real attacking zip and zest to the Rangers midfield. Ryan Jack also does a terrific job as a box-to-box No 8.

But it’s the influence of Steven Davis which has been so pivotal for Rangers. The veteran midfielder operates as the pivot for Gerrard’s side as their deep-lying playmaker. 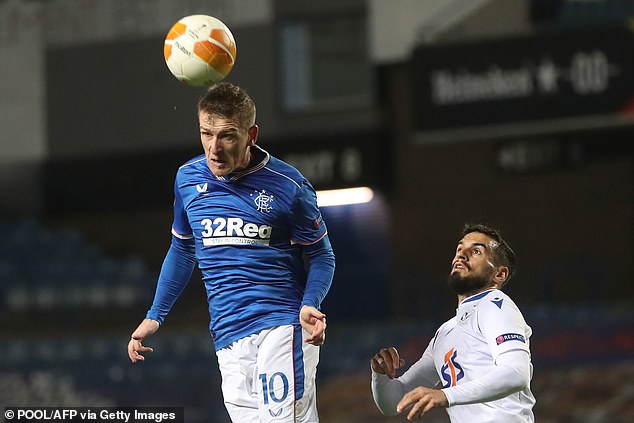 His vision and range of passing seems to get better with age. Now in his second stint at Ibrox, the 35-year-old Northern Irishman is arguably playing some of the best football of his career.

Along with goalkeeper Allan McGregor, he is one of only two players in this current Rangers squad who has experience of beating Celtic in a title race. His experience will be crucial in the run-in.

Rangers’ recruitment will inevitably be held up in direct comparison to Celtic’s. In terms of their business conducted over the summer, they seem to have made a better first of it.

The likes of Roofe and fellow striker Cedric Itten have come in and contributed up front, helping to ease the burden and reliance on Morelos.

Ianis Hagi was also signed for £3.5m and has contributed one goal and six assists from 12 matches so far. The little Romanian playmaker is now beginning to showcase his talent on a more regular basis.

Jon McLaughlin arrived from Sunderland on a free transfer. An inspired piece of business, he was actually keeping McGregor out the team earlier in the season.

Defoe was signed on a permanent basis from Bournemouth and Leon Balogun has impressed at centre-back after joining on a free from Wigan Athletic. 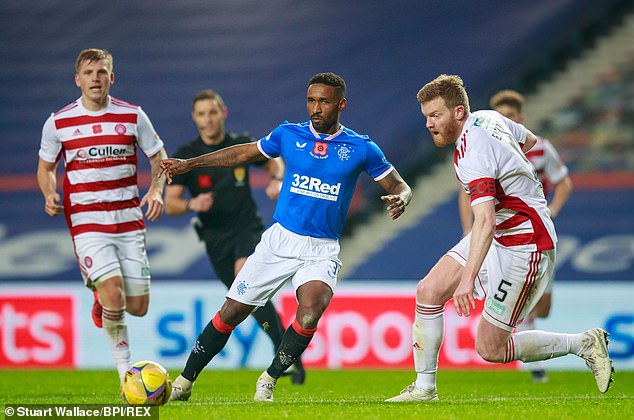 Jermain Defoe, 38, was signed on a permanent basis from Bournemouth and is still scoring

It’s a different picture at Celtic, however, with questions being asked over some of their key acquisitions in the summer.

Vasilis Barkas, a Greek international goalkeeper who cost £5m, has now lost his place to Scott Bain. Shane Duffy has also endured a torrid time after his loan move from Brighton.

Gerrard is experienced enough to know that there’s still a long way to go this season. The expectation is that Celtic will, eventually, find their form and put together a string of results.

If they can click into top gear, and Rangers don’t falter like they have done in the past two seasons, it promises to be the most exciting title race in Scotland for a decade.

Mikel Arteta ‘will be considered one of the best managers in the world in a few years’, says Willian

Neil Lennon insists he has the full backing...