First-half goals from Tyrese Campbell and Steven Fletcher set the Potters on course to prolong the Royals’ poor run of form.

Substitute Jacob Brown compounded the hosts’ misery in added time as the efficient visitors scored with each of their three attempts on target to climb to eighth.

Watford moved to within a point of the summit thanks to Ismaila Sarr’s late penalty in a 3-2 comeback success over Coventry at Vicarage Road.

After Hornets striker Andre Gray opened the scoring on his first league start for almost a year in the 54th minute, a long-range looping header from Gustavo Hamer and Tyler Walker’s first Sky Blues league goal turned the game on its head during a second-half goal fest.

Swansea missed the chance to go top after falling to an agonising 1-0 defeat at fellow high-fliers Norwich. 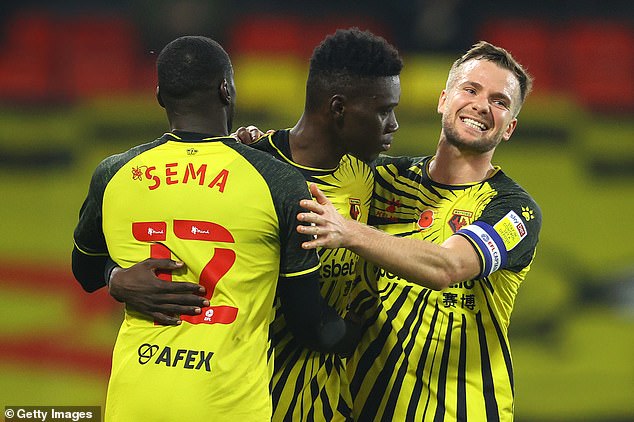 Marco Stiepermann’s first goal since April 2019 in the 84th minute was enough to move the Canaries third, with the Swans dropping to sixth on the back of only their second loss of the campaign.

Bournemouth are also hot on the heels of the top two after David Brooks’ double helped secure a 3-1 success at Birmingham.

The fourth-placed Cherries, who won 8-0 on their last league visit to Blues, took complete control through Arnaut Danjuma’s fourth goal of the season and Brooks’ brace, before Scott Hogan reduced the deficit.

Neil Warnock’s in-form Middlesbrough moved to seventh after extending their unbeaten run to 10 games with a goalless draw at Brentford. 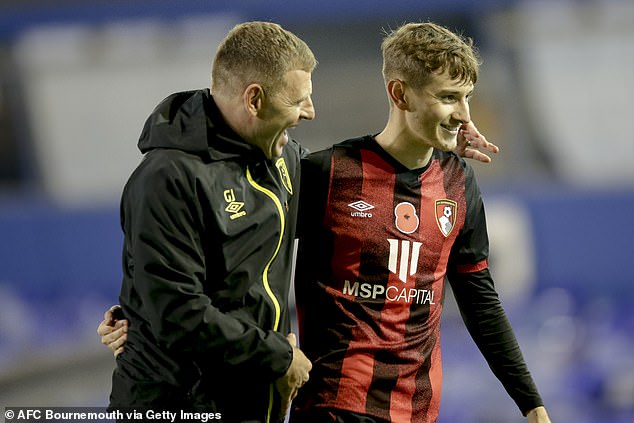 At the other end of the division, Sheffield Wednesday climbed off the bottom for the first time this season.

Wednesday, whose points deduction for breaching financial rules was this week reduced from 12 to six, moved above Derby on goal difference following a 0-0 draw with Millwall at Hillsborough.

The struggling Rams dropped to the foot of the table on the back of a 2-0 home loss to Barnsley.

Wycombe complete the relegation zone – a point above the Owls and Derby – after Lyle Taylor’s brace condemned them to a 2-0 defeat at Nottingham Forest. 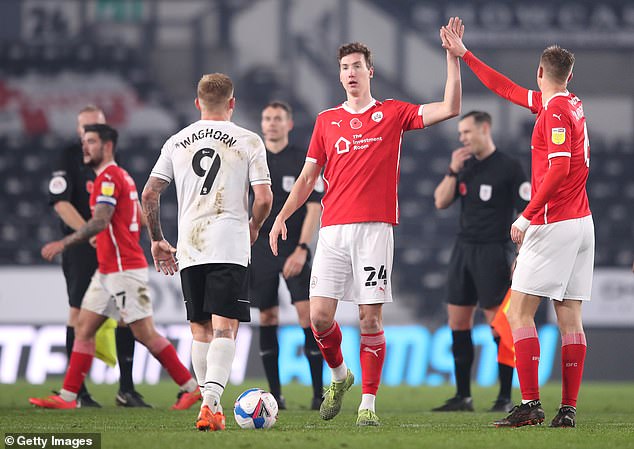 Rotherham sit above 20th-placed Forest on goal difference after substitute Matt Crooks earned a 2-1 home success over Preston with an 86th-minute winner.

A double from Adam Armstrong gave Blackburn a first win in four as they beat QPR 3-1 at Ewood Park.

The striker took his tally to 11 league goals for the season with a pair of second-half strikes after Rangers forward Lyndon Dykes levelled from the penalty spot following Ben Brereton’s acrobatic opener.