The traditions of an FA Cup final were abandoned when Arsenal beat Chelsea in August. No fans, no pre-match handshake, a socially distanced trophy presentation and, more importantly, no friends or family in attendance.

It is the absence of loved ones Izzy Christiansen will feel the most when she lines up for Everton at Wembley on Sunday.

The 2019-2020 season was cancelled in May but it was decided the FA Cup would be played to a conclusion. 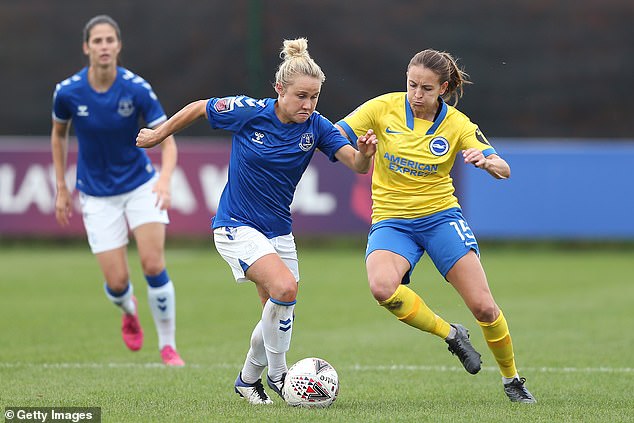 The Toffees overcame big-spending favourites Chelsea in the quarter-finals before beating Birmingham in the semis. Christiansen’s former club, Manchester City, stand in the way of Everton winning their first trophy in 10 years.

The midfielder rejoined the Merseyside club in January after battling back from a broken leg which saw her miss a Champions League final with Lyon and the 2019 World Cup with England. After the heartbreak of the past 18 months, Christiansen is naturally disappointed she is unable to share the occasion with family and friends.

‘It’s really hard for people that have supported us through all the dark times,’ she says. ‘My mum tells me before every match how much she wishes she could come and watch. With what we’ve achieved this season, we just want our friends and family to be there to share the success with them.’ 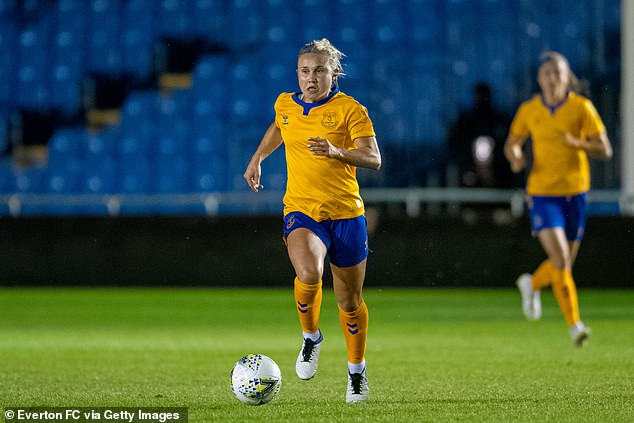 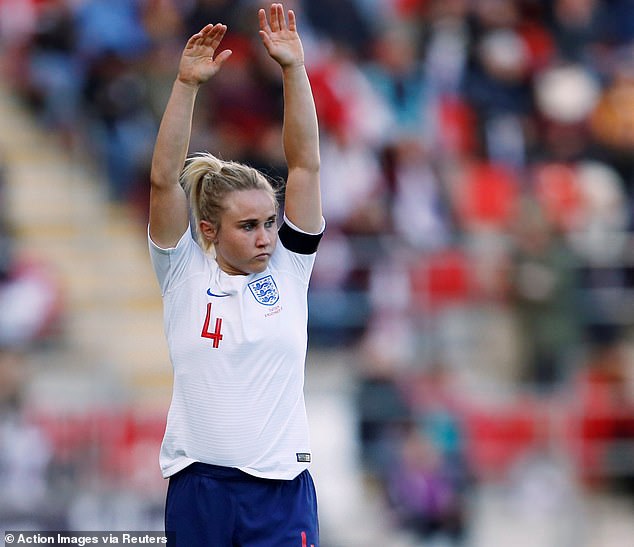 One person Christiansen wishes she could have in the crowd more than anyone is her younger sister, Rosie, who has been working in a Glasgow hospital during the pandemic.

Christiansen, 29, admitted it had been difficult being kept apart from her sibling as she continued to work long hours on the frontline.

‘It’s been really testing, she’s one of my best friends as well as my sister,’ says Christiansen.

‘Knowing how hard she’s working, it’s difficult not being able to see her and keep in touch. She’s now working night shifts and working on a ward which is like hell.

‘I’ve been able to support her from afar using Zoom and FaceTime — we keep in touch through that and keep each other going. My success on the pitch has brought many smiles to her and to my family, so I’m just doing what I can and feeling very lucky I do a job I love.’

It was Rosie’s work in Africa, where she studied a Master’s degree in tropical medicine, that partly inspired Christiansen’s decision to become the first Everton player, male or female, to join Common Goal. 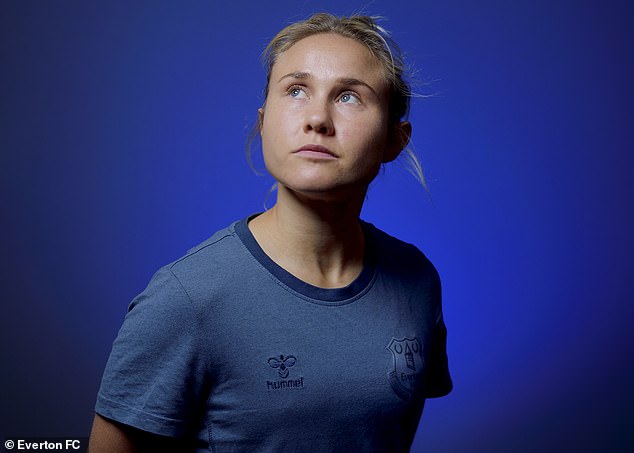 The charity was launched by Manchester United’s Juan Mata and invites players and coaches to donate at least one per cent of their salary to football-based community projects around the world.

‘Joining Common Goal was something I thought long and hard about, especially during lockdown,’ says Christiansen. ‘It’s incredibly important that we as footballers use our platform to promote things going on in the world.

‘We’re living in this crazy time and there are people living in less developed countries that aren’t as privileged as us and experience things as bad, if not worse, every day.

‘The key reason for me joining was to use my platform and enthusiasm to inspire and help towards Common Goal’s objective — to use football for positive change globally.’

While Christiansen is helping inspire change off the pitch, her impact on it has been just as meaningful. She has notched two goals and four assists in eight games this season, reminiscent of the form that saw her crowned PFA Player of the Year in 2016. 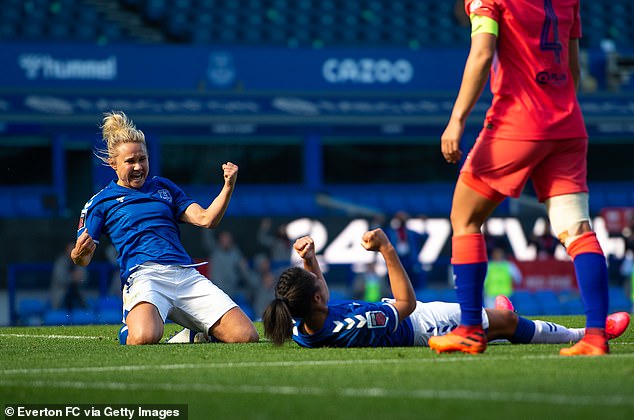 Everton will feel they have every chance of overcoming City with the in-form Valerie Gauvin leading the line. The summer signing, who has scored five goals in eight games, has been helped by Christiansen’s ability to speak French.

Christiansen scored in City’s 4-1 victory over Birmingham in the 2017 final, which attracted a crowd of 35,000. There would likely have been closer to 50,000 tomorrow had circumstances been different.

‘Wembley will be strange without my family there but if it’s a successful day, everyone will be on FaceTime to share the moment.’