‘He’s frustrated because he’s worked so hard to get fit’: Frank Lampard confirms Christian Pulisic pulled out of starting XI at Burnley with a hamstring issue just weeks after returning from the same injury he picked up in the FA Cup final

By Kieran Gill for The Mail on Sunday

Christian Pulisic has been sent for a scan after feeling his hamstring in the warm-up, which saw him taken out of the starting XI at Burnley.

It is a potentially significant blow to the Blues, with the 22-year-old having previously missed large chunks of the 2019-20 campaign with muscular issues.

Pulisic was also forced off in the FA Cup final against Arsenal after a hamstring injury. 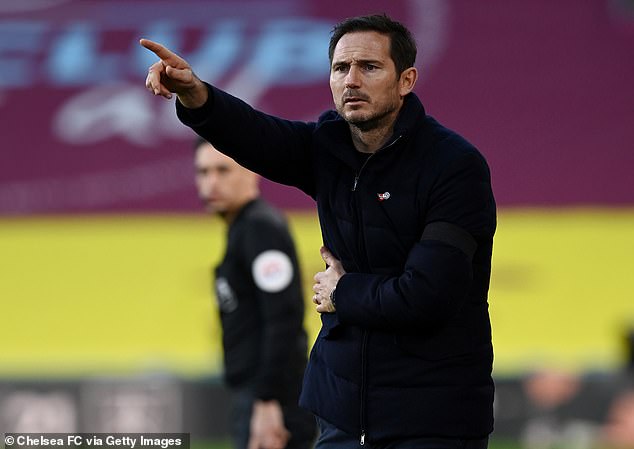 Thankfully for Frank Lampard, Timo Werner replaced Pulisic in the team, and was among the scorers as Chelsea ran out 3-0 winners over Burnley at Turf Moor.

On his American winger, who scored against Krasnodar on Wednesday, Lampard said: ‘We’ll have to scan. He’s frustrated because he’s worked so hard to get fit. He comes on in midweek and scores.’ 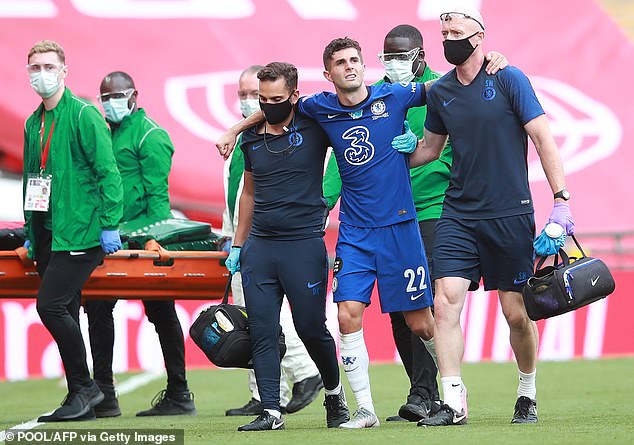 ‘We’re not at the end of the road, but the clean sheets are a great sign of the spine in this time. We were positive on the ball. We won’t jump up and down about this result.’

Sean Dyche complained about a penalty which was not awarded for his side, when Ashley Barnes collided with Chelsea goalkeeper Edouard Mendy.

Dyche seemed to suggest a conspiracy, saying it was an ‘impossible fact’ that they get treated the same as everyone else. That is despite Chelsea also not being awarded a penalty for a push in the back on Ben Chilwell. 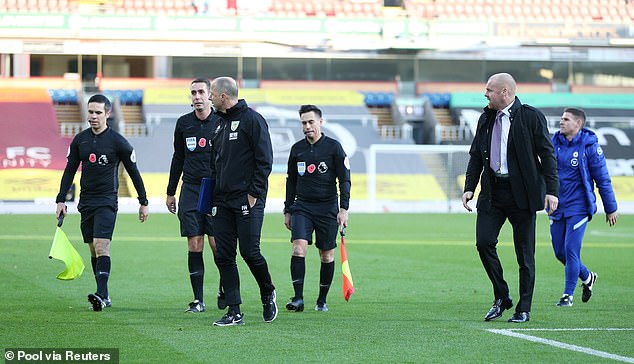