By Will Griffee For Football Frenzied Republishing

Dominant Napoli defender Kalidou Koulibaly ‘will see what happens’ in the January transfer window and appears open to leaving the Italian club.

The 29-year-old is regarded as one of the best centre backs in Europe and Manchester City were interested in him this summer but could not agree a deal.

Napoli demanded in excess of £70million, a price too steep for Koulibaly’s suitors.

City even accidentally kept a template on their website that was set live when Ruben Dias joined, forgetting to take out Koulibaly’s name, such was the long-held interest in the defender.

The mistake was quickly rectified, but not before screenshots were taken and shared across social media for the world to see.

Liverpool may also be tempted to make a move given their injury woes in central defence.

Virgil van Dijk is out for the long term after Jordan Pickford’s horror tackle caused anterior cruciate ligament damage while Fabinho and Joel Matip are also sidelined, though not for extended periods. 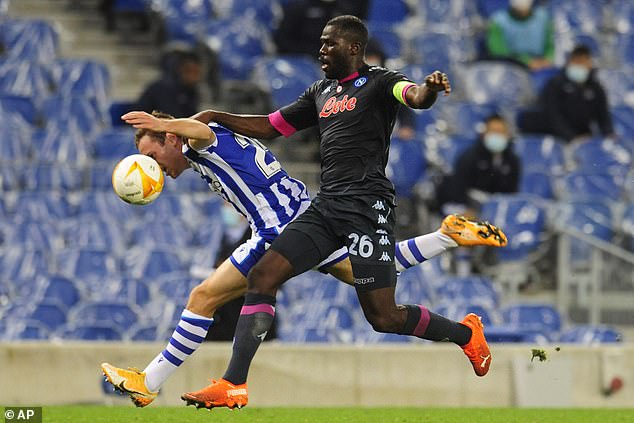 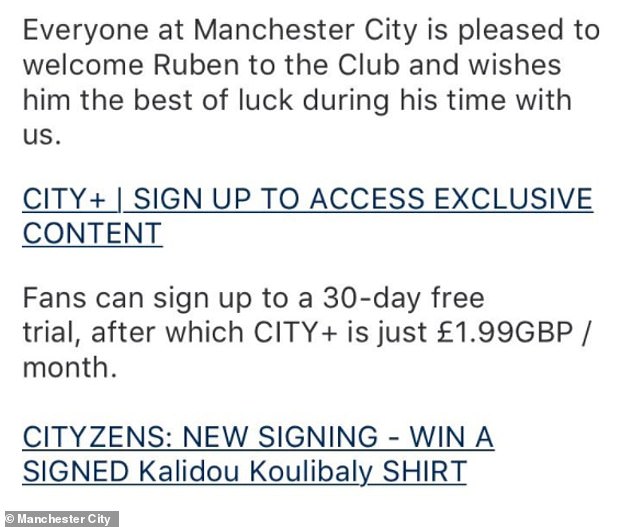 Koulibaly may be an attractive option to the Reds in the January transfer window if they still feel the need to strengthen the position and the Senegal international is relaxed about his future.

‘I love Naples and Naples loves me, that’s the most important thing,’ he said via Sky Sports.

‘I always make myself available game after game, I still have three years of contract, I’m calm, the teams are looking for me but I’m still here.

‘I play at my level and I help this team and these people because I want to give something back to them then we’ll see what happens.’

Koulibaly suffered with injury issues last season but has made a strong start to the season with Napoli, who are second in Serie A after five games. 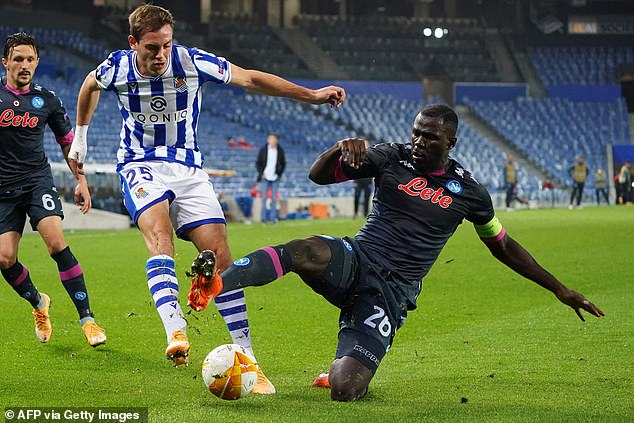 The defender added: ‘I had a more difficult season even if I didn’t do badly but we know the level I have and we knew I could give more.

‘This year the coach told me that it mattered a lot about me because I have to help the team and I had to get back to my level. He simply told me the truth and told me to my face and I went to work and available to everyone and today we see the result,

‘But we must be aware that the season is still long and there are many games where we need to maintain this level.’