‘I’m not here to build without winning’: Juventus boss Andrea Pirlo expresses his frustration as his side’s slow start to the season continues following defeat by Barcelona in Champions League

Juventus boss Andrea Pirlo has claimed this season simply won’t be a transitional period, insisting that he still very much wants to win following the defeat against Barcelona.

Juventus’ appointment of rookie manager Pirlo as Maurizio Sarri’s successor shocked football fans throughout Europe, being named as the club’s new boss just nine days after he was announced as coach of the Under 23s side.

Pirlo’s progress had been rapidly accelerated after he took his first steps into coaching with a top-tier club, and so far it has been a slow start to life in the Juventus dugout for the Italian.

‘No, it’s a year in which we’re building, but we want to try and reach results. I’m not here to build without winning,’ Pirlo told his post-match news conference after losing 2-0 at home to Barcelona.

‘Maybe we will need a bit more time, but we have to know that results must come through a certain type of play style that maybe we are struggling to assimilate.’

The Italian giants were defeated 2-0 by Barcelona in Turin on Wednesday night in the Champions League following Ousmane Dembele’s deflected strike and Lionel Messi’s late penalty, while Merih Demiral was sent off late on for the hosts. 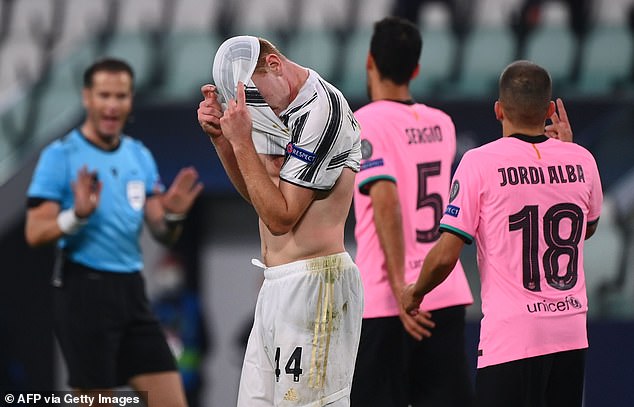 Pirlo warned his players that the defeat showed just how much his side have to improve if they want to compete against Europe’s very best.

‘We have to improve a lot in terms of attitude, in being good at playing this kind of game,’ he said.

‘For many players it was one of those games they had never played, one of the first appearances in Champions League and therefore the difference in terms of personality and skill at playing this kind of game becomes visible. We will need this to improve in the future.’ 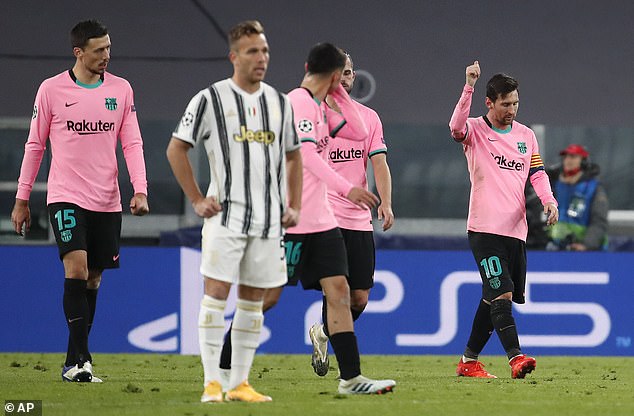 The defeat has continued Juventus’ slow start to the 2020-21 campaign under their inexperienced manager.

The Italian giants have struggled to get going in Serie A, sitting fifth with just nine points from their opening five matches.

They are already four points adrift of Serie A leaders AC Milan, with their only wins coming against Napoli and Sampdoria.

The victory over Napoli was only handed to them after their opponents failed to make the trip to Turin on October 4 following two positive coronavirus tests.

Dries Mertens says it was ‘tough to pull...