Football fans in Germany have been banned from stadiums again as part of Government measures to fight a second Covid-19 wave.

Chancellor Angela Merkel unveiled a series of new restrictions on Wednesday after a jump in coronavirus cases and deaths across Germany.

It means that football fans won’t be able to attend matches from November 2, setting back efforts to return crowds to stadiums in the Bundesliga and beyond – to the disappointment of the German football league. 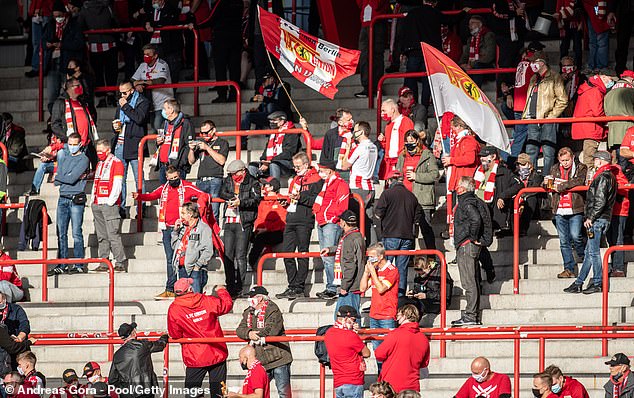 This weekend’s round of fixtures, therefore, will be the last to have fans present for at least a month.

It also represents a setback for English clubs pressing the government to rethink its current ban on fans in stadiums.

Germany has shown the way in getting fans back into stadiums – from the beginning of the current Bundesliga season in mid-September, clubs were allowed to bring spectators back up to 20 per cent of stadium capacity provided the local area infection numbers were below a certain level.

On October 3, for example, Borussia Dortmund welcomed 11,500 spectators to the 81,365 capacity Signal Iduna Park for their 4-0 victory over Freiburg – this is the highest attendance of the Bundesliga season so far.

However, reigning Bundesliga and European champions Bayern Munich were unable to have any fans inside their Allianz Arena because of a rise in infections in the local area. 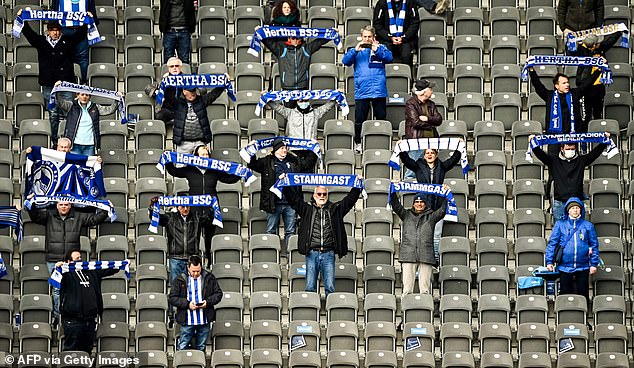 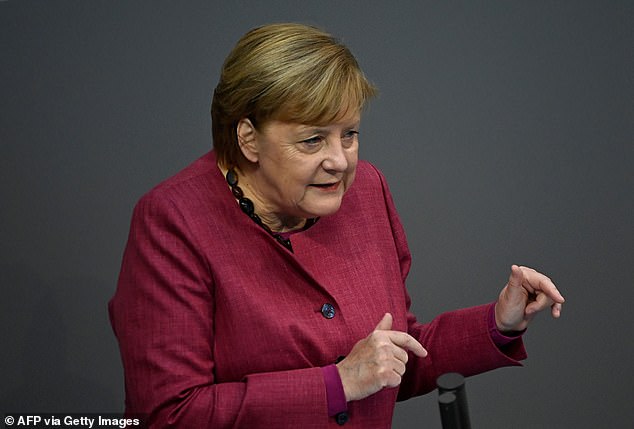 ‘The Bundesliga and second Bundesliga clubs developed in the past weeks a health plan for the effective protection of spectators in the stadiums and agreed it with local health authorities,’ the German league (DFL) said.

‘Fans and clubs then stuck to the rules with discipline living up to their responsibilities. That is why it is regrettable that this will not be possible for now.’

Germany was largely successful in keeping Covid-19 infection and death rates below those of many other European countries in the pandemic’s first wave but numbers have risen alarmingly in recent weeks.

Cases rose by 14,964 to 464,239 in the 24 hours prior to Merkel’s announcement of the latest restrictions, according to Germany’s infections and diseases agency, the Robert Koch Institute.

Deaths rose by 85 to 10,183 and Merkel warned the country’s health system would be ‘overwhelmed’ if the current rate of infections continued unchecked. 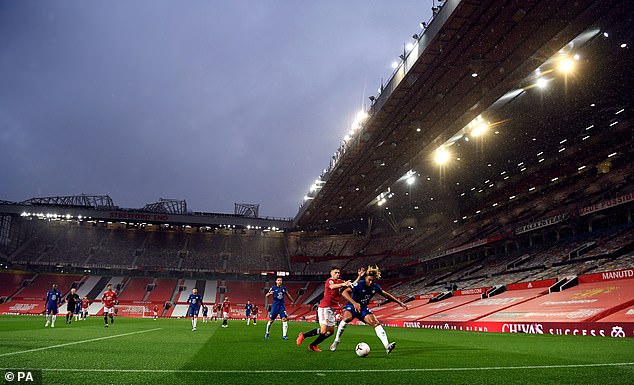 ‘Our health system can still cope with this challenge today, but at this speed of infection it will reach the limits of its capacity within weeks,’ Merkel said.

Schools and kindergartens will, however, remain open and a financial rescue package was announced for small businesses.

Professional sports will continue but behind closed doors as was the case when the Bundesliga became the first major European league to resume in the summer.

It came after Bayern CEO Karl-Heinz Rummenigge warned the ‘Bundesliga could collapse in its entirety’ if it was suspended again.

‘If the Bundesliga is suspended again, if we are not allowed to play even without fans, bit-by-bit several clubs would have to declare bankruptcy,’ Rummenigge said on Tuesday.

‘And as a result, the Bundesliga would be in danger of collapsing entirely.’