Boring, boring Watford? Not a bit of it. Having gained a reputation as 1-0 specialists during the early weeks of the Championship season, the Hornets finally found their scoring touch to see off Blackburn.

After a series of binary scorelines, Vladimir Ivic’s team moved up several gears in attack as Joao Pedro and Tom Cleverley strikes, plus Darragh Lenihan’s own goal, fuelled hopes of an immediate Premier League return.

With Troy Deeney and Andre Gray yet to return, Watford should be able to out-gun most of their promotion rivals as the season progresses.

Rovers have a formidable front line of their own and Ben Brereton scored a cracker to reduce the arrears at 2-1.

Indeed, had it not been for a string of Ben Foster saves, including from a second-half Adam Armstrong penalty, they might have returned to Lancashire with at least a point.

Watford’s early season Championship games hadn’t exactly scaled the heights of entertainment, while Blackburn’s have tended to be more free-scoring. It was immediately obvious this encounter wouldn’t want for excitement. 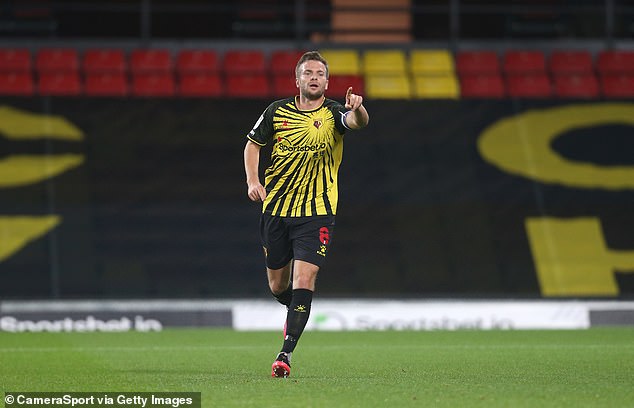 Rovers were the first to threaten as Armstrong managed to get impressive power on his shot in tight confines, forcing Foster to beat the ball out rather than catch it.

Watford had mustered just three goals in their five league games but suddenly found themselves scoring twice in the space of four minutes as their counter-attacking tore the Rovers back line apart.

Manchester United loanee James Garner provided the key pass for their first, laying a through ball into Kiko Femenia on the right. The Spanish wing-back sent in the perfect low ball for Joao Pedro to side-foot into the bottom corner.

That was Watford’s fourth goal of the league campaign and the 19-year-old Brazilian had scored three of them.

From their next foray forward it was two. This time it wasn’t the result of pretty passing but Garner’s lofted ball from inside his own half. Blackburn’s defenders seemed put off by keeper Thomas Kaminski, who started to come for the ball then retreated.

It allowed Ismaila Sarr to control with first his head then the heel of his boot before a powerful strike that Kaminski, still not in the ideal position, could only pop up off his glove to Cleverley, who nodded into an empty net.

Tony Mowbray’s Rovers had already racked up five against Wycombe and four against Derby this season so were always going to pose an attacking menace once they got going.

The two-goal deficit didn’t faze them and they might have been given a real leg-up when Christian Kabasele clipped Armstrong as he raced clear. It appeared Kabasele was the last man but referee Andy Woolmer spared him with the yellow card.

From the resulting free-kick, Foster produced a brilliant one-handed save to deny Lenihan’s free header and from the subsequent corner, the Watford keeper touched over Daniel Ayala’s effort.

Rovers were knocking hard on the door and forced their way back into the contest on 28 minutes. It was a lovely goal by Brereton, who took Armstrong’s knockdown on his chest and thundered a volley into the bottom corner. Foster scrambled across but couldn’t keep it out despite a touch. 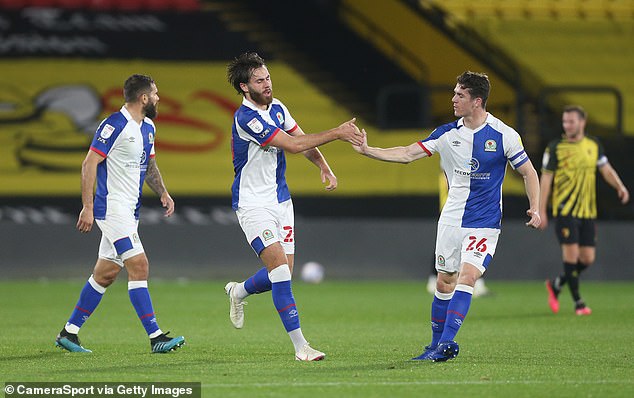 Still, Watford were creating plenty. Sarr had missed their win at Derby last Friday having returned exhausted from international duty with Senegal but his energy was clearly restored as he surged into space before crossing low. Joao Pedro slid in at the back post but wasn’t tall enough to divert the ball on target.

Mowbray sent Rovers out five minutes early for the second period but perhaps they were a little too keen.

Four minutes after the restart, Ken Sema surged down the left and crossed wickedly into the six yard box. Rovers skipper Lenihan got his feet into a tangle and diverted the ball past Kaminski and into his own net.

Now Blackburn’s attack needed to step up and Foster made another fine low save to push away Lenihan’s shot from outside the box. 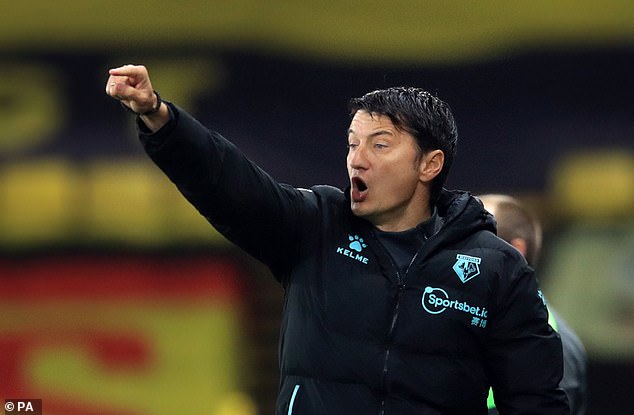 And the former England keeper just about had the reach to get fingertips to Armstrong’s attempted dink after the Rovers forward raced clear.

There would be a lifeline midway through the second-half when Craig Cathcart bundled Lewis Holtby over in the box but Foster guessed correctly to repel Armstrong’s spot-kick.

Watford continued to threaten on the counter, with Sema’s cross falling to Garner on the half-volley but he sent it wide.

Sarr was the speediest player on the pitch but the slowest to leave the field as he was subbed off for Domingos Quina in the dying moments.