Eden Hazard has suffered a fresh injury setback as his Real Madrid nightmare continues, with the big-money signing from Chelsea set to be out until after the November international break at the earliest.

Just as he was seemingly nearing full fitness at the end of September, a muscle problem sustained the day before he was due to return saw the Belgian miss out as Zinedine Zidane’s men squeaked past Real Valladolid 1-0.

However, Hazard was also sidelined for the subsequent win over Levante and the shock defeat by Cadiz at the weekend. 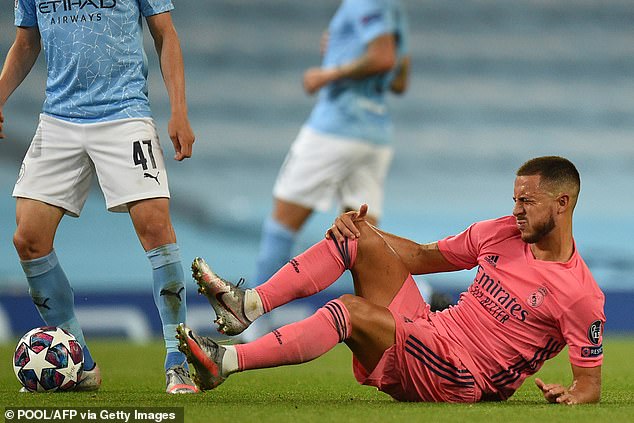 Zidane has admitted that the injury is ‘more than we thought’ and the attacking midfielder won’t play in the first El Clasico of the season on Saturday at the Nou Camp or any of the team’s first three Champions League group games.

The 29-year-old suffered a succession of injuries which wrecked his opening campaign at the Bernabeu, with an ankle issue, a hairline crack in his foot and a fractured fibula limiting him to just 16 league appearances in 2019-20.

To compound matters, he also came in for criticism this pre-season for being overweight, but it seemed in the build-up to the Valladolid match that the former Premier League star had turned a corner.

Given Hazard’s expected recovery time, the earliest match he is likely to return for is the trip to Villarreal on November 22, but if that comes too soon, the return group match against Inter Milan three days later may be a better bet.

Ramos did not train with the squad on Tuesday and, as with Hazard, Zidane has opted to err on the side of caution with the 34-year-old’s injury. 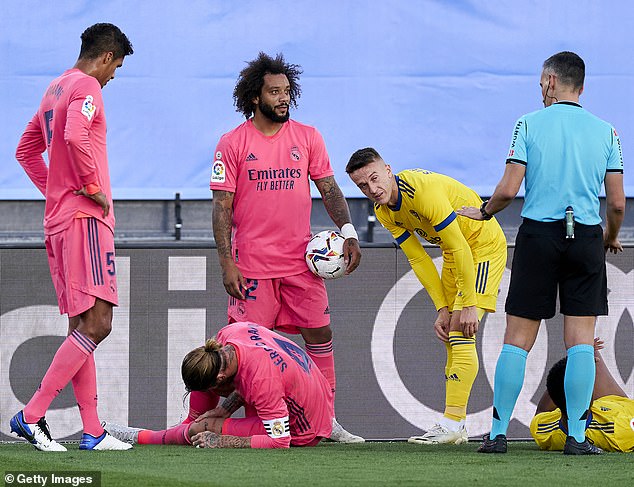 The defender was withdrawn at half-time during Saturday’s defeat after taking a knock to the knee.

‘We don’t want to take any risks,’ said Zidane at Tuesday’s pre-match press conference. ‘He hasn’t been able to practice normally.’

Shakhtar are without eight players due to Covid-19 and arrive in the Spanish capital with 13 fit professional players in the squad.

‘We are living a nightmare,’ said the team’s Portuguese manager Luis Castro.

Real are looking for their 13th Champions League triumph after they were eliminated last season at the competition’s round-of-16 stage by Manchester City.