Huddersfield 1-0 Derby: Juninho Bacuna strikes to pile the pressure on under-fire Phillip Cocu with the Rams suffering fifth loss in six Championship games as Wayne Rooney waits in the wings

It appears to be indicative of a deeper trough for a man struggling to emulate his multiple title success in charge of PSV Eindhoven since switching to English football. 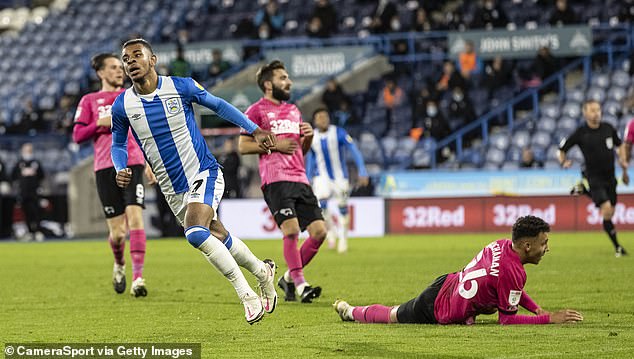 A late plunge last season of just one win from six saw the Midlands club miss out on the play offs.

Asked how he felt about his position, the 49-year-old simply did not answer.

But he did say: ‘I don’t think we deserved the defeat. If you don’t have confidence, you don’t play the first half like we did. It was a joy to watch. But, after we conceded the goal it became tough mentally.’ 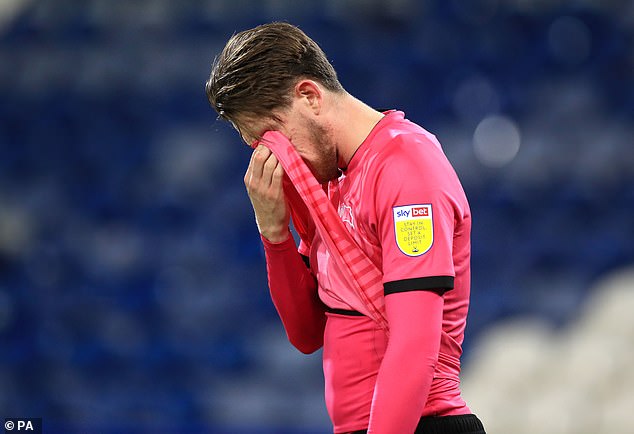 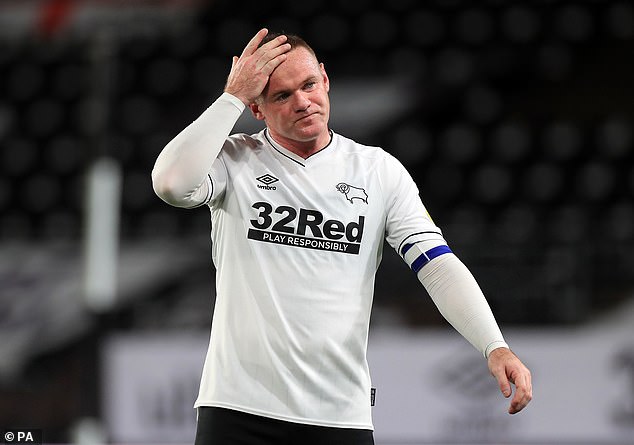 But it was not so much about the attackers on show but the one that wasn’t in West Yorkshire.

Wayne Rooney, whose goal at Norwich has accounted for all of Derby’s points thus far, is self-isolating until next Thursday under EFL guidelines, despite testing negative for coronavirus, having encountered someone who is positive.

The former England captain has been touted as a potential successor to Cocu with owner Mel Morris understood to be twitchy following more than 50 league matches under the Dutchman that have delivered more defeats than wins.

In Huddersfield, they were facing a team that has undergone an upturn in fortunes – they have accrued 10 points from four games since the introduction of Carel Eiting, an Ajax team-mate of Premier League stars Donnie van de Beek and Hatem Ziyech last season, to their midfield. 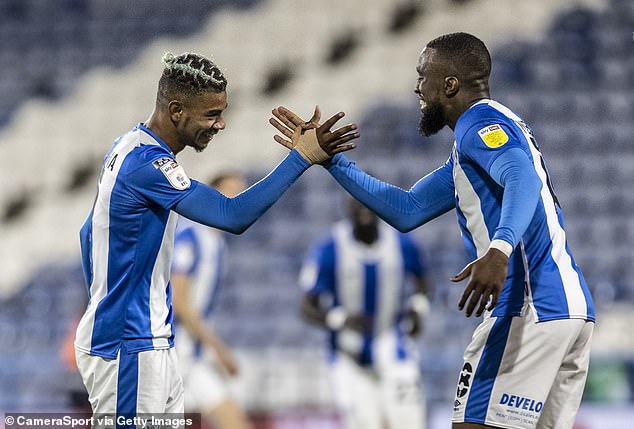 It was left-back Toffolo that proved the creative force, however, via a slew of surges down the flank at the start of the second half.

The third in quick succession proved decisive: with blue-and-white shirts flooding into the area, Toffolo lifted his head and invited Bacuna to pick his spot from a dozen yards.

‘More than the tactical side, it was about the character of the players. They showed an incredible effort so soon after Saturday and they got their reward for this,’ said Huddersfield manager Carlos Corberan.