‘If it was in our interests why skulk around and plan in secret? It stinks’: Furious lower-league clubs say they were misled into supporting Project Big Picture with Premier League’s 25 per cent revenue claim including some of EFL’s OWN money

By Nick Harris for The Mail on Sunday

An angry group of EFL chairmen have told The Mail on Sunday they believe clubs in their divisions were misled into supporting the ‘Project Big Picture’ restructuring of English football drawn up by Liverpool and Manchester United.

A headline promise in the proposal — already scrapped but likely to return in an altered format — suggested the 72 EFL clubs would receive 25 per cent of all future Premier League revenues, or £750 million a year from 2022 onwards.

They currently split just over £400m, dished out via parachute cash, solidarity payments and academy grants.

But The Mail on Sunday has obtained a copy of the latest draft of the Project Big Picture (PBP) plans, and it appears to overstate Premier League revenues from overseas TV deals from 2022, at £1.4 billion a year.

The same draft proposes a reduction in Premier League clubs from 20 to 18, and that each club can sell eight games per seasons direct to overseas fans, or 144 in total.

Hence, the notion that overseas TV revenues will rise from £1.2bn a year now (with all 380 games per season in the overseas package) to £1.4bn in 2022 (when there will be 162 games in the package from a reduced total of 306) seems ridiculous.

But the PBP architects are understood to feel premium content will retain value.

‘When you’re letting the Premier League clubs sell a load of games themselves in foreign markets it’s clear the value of the rest of the games in the overseas deal will be diminished,’ says Andy Holt, chairman of League One Accrington Stanley. ‘This whole PBP stinks. The people who designed it claim they’re doing it for the good of the game, so why skulk around and plan in secret? 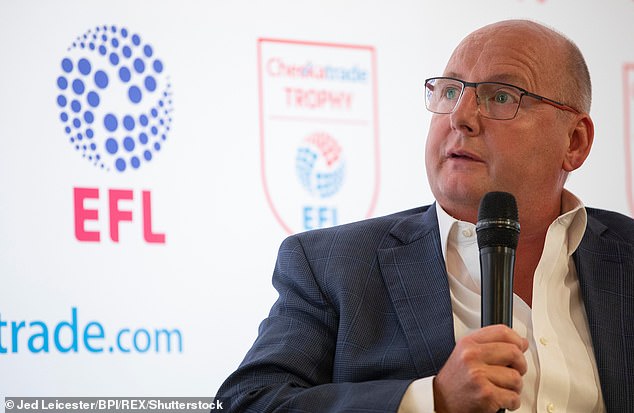 Accrington chief Andy Holt insisted if it was honourable, it wouldn’t have been kept secret

‘If the intentions are honourable and they want to help, then why not be open and transparent from the start, tell people they’re going to make proposals — some of which will go down well and others won’t — and have an open conversation. The fact they didn’t speaks volumes.’

A second owner-chairman from a lower-division club told the MoS: ‘This looks like a grab by the six biggest beasts who would, in effect, have become all powerful.

‘All we’ve been getting is private briefings from the EFL that it’s in our interests to support it. But we have not actually been shown any detail.’

Most club owners in the EFL have had zero sight of the detailed PBP workings. The plan, which offers a Covid-19 bailout of £250m to EFL clubs plus 25 per cent of future Premier League revenues as headline details, has not been circulated. 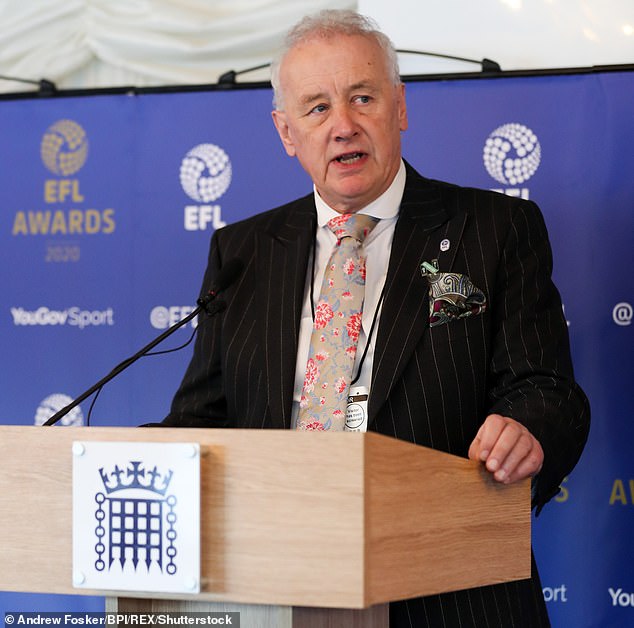 ‘You do have to wonder why EFL chairman Rick Parry has been pushing this,’ said another club owner.

‘Yes, it gets the clubs out of what we hope will be a short-term revenue hole. But at what greater cost in the future?’

The PBP document forecasts Premier League domestic TV revenue will rise by almost £200m by 2022 at a time when most analysts feel it will fall or stay flat.

Sources say the rise actually includes future EFL TV money. This again makes a mockery of the 25 per cent of PL revenue claim; in fact that 25 per cent includes some of the EFL’s own money.

Sources stress EFL clubs have never, at any point, been promised specific increases in revenue, only that Parry believes they would be financially better off under PBP in the near future.