Robert Lewandowski capped a fine week for club and country as he scored twice to help Bayern Munich to an eye-catching 4-1 win at Arminia Bielefeld on Saturday.

Thomas Muller set the reigning Bundesliga champions on their way with an eighth-minute opener at the SchucoArena before Lewandowski showed superb technique to double Bayern’s lead after 26 minutes.

The striker, who scored twice for Poland against Bosnia and Herzegovina in the Nations League on Wednesday, made it 3-0 just before half-time and set up Muller for the fourth with 51 minutes gone. 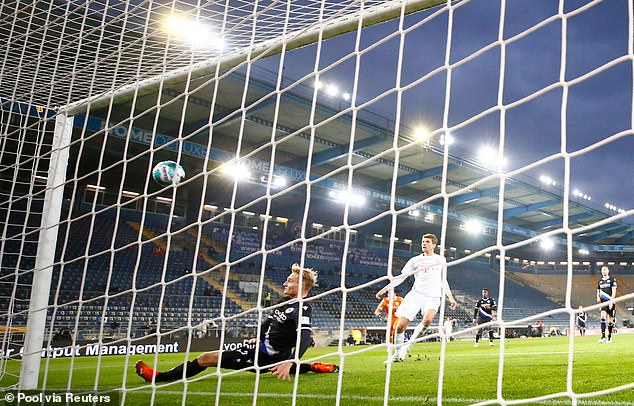 Bayern had midfielder Corentin Tolisso sent off 14 minutes from time for a mistimed tackle on Fabian Klos after the Bielefeld captain broke beyond the visiting defence.

The result meant Bayern finished the day second in the early table, a point behind Leipzig with four matches played. 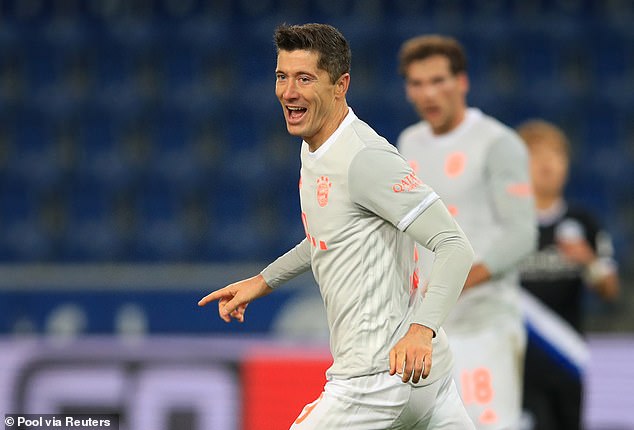 Lewandowski became top scorer so far this campaign with his goals, taking him to seven so far 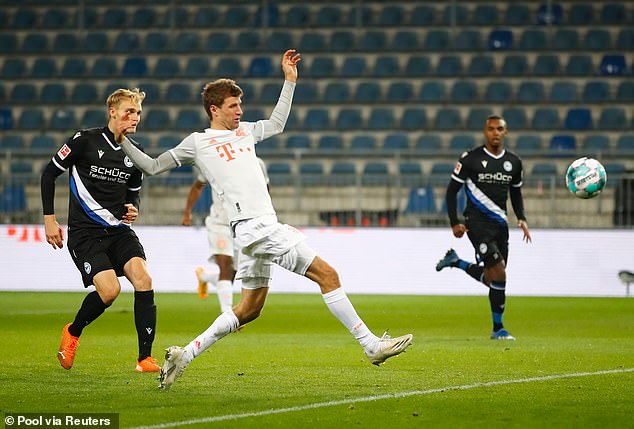