For Neil Lennon and Steven Gerrard, selecting a starting XI was once a straightforward process.

The name of Odsonne Edouard would be scribbled on the teamsheet for Celtic. The same for Alfredo Morelos on Rangers’ teamsheet. And then came the big decisions.

Yet, as Celtic and Rangers prepare to face off for the first time this season, the surreal nature of football’s most bitterly contested derby extends beyond the absence of fans from Parkhead. 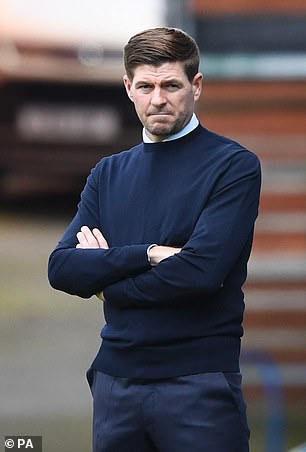 As things stand, no one knows if either Edouard or Morelos will be in a condition to play. Either physically or mentally.

Celtic’s joint top scorer has spent the last 10 days in quarantine after testing positive for coronavirus on France Under-21s duty. He returns to Glasgow at some point today.

Morelos, meanwhile, was a 51st-minute substitute for Colombia in a 2-2 draw with Chile in a World Cup qualifier on Wednesday night. And faces a race against time to complete the 7,000-mile journey from South America to Glasgow in time for the game.

Physical endurance and logistics are only two of the complications.

The subject of intense transfer speculation during a transfer window which closed on October 5, Edouard delivered a number of below-par performances. The subject of a £16million move by Lille, meanwhile, a Rangers decision to hold out for more money for Morelos backfired when the French club signed Jonathan David instead and walked away. 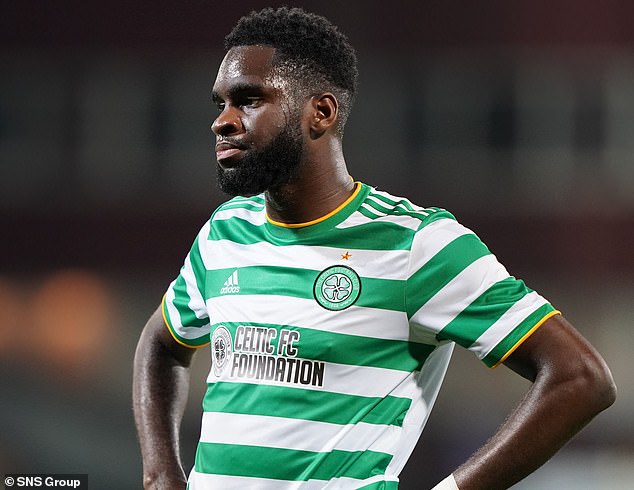 Even if Edouard and Morelos turn up fit and ready for duty, then, Lennon and Steven Gerrard are compelled to ask themselves a blunt question. In a game —and a season — with such high stakes can they trust either to perform?

Where Edouard is concerned, former Parkhead striker Frank McGarvey believes the answer is a resounding ‘no’.

‘Odsonne Edouard is a brilliant football player,’ he told Sportsmail. ‘On his day, he is fantastic.

‘I think he is a great centre-forward. But I wouldn’t play him against Rangers.

‘If players want to go out and give 100 per cent for Celtic then they should play before the guy giving you 70 per cent.

‘Edouard may be a brilliant player, but 70 per cent is what he has been producing recently and that’s not good enough.’

Heavily linked with the likes of Aston Villa, Crystal Palace and Newcastle, the Frenchman’s importance to the quest for ten-in-a-row prompted Celtic to slap a price-tag of £40m on his head. And McGarvey suspects external influences were at play before recent displays, adding: ‘It seems to me people were putting ideas in the guy’s head.

‘People were saying: “We’ll give you this, or that”. All of a sudden he looked like a player thinking: “What am I doing here?”. It was evident in his body language and his demeanour. 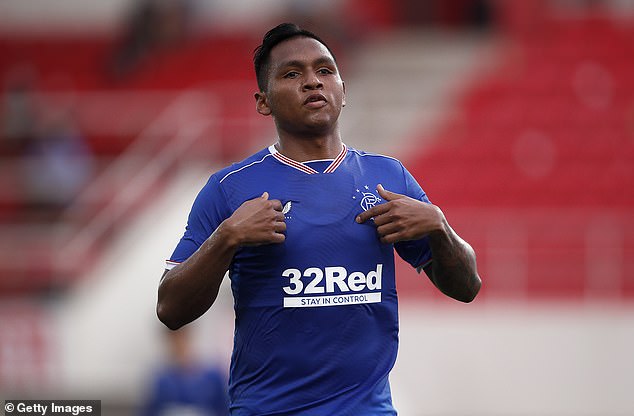 ‘We all know he is a brilliant player. There is no question of that.

‘But if you are a Celtic player going into a Rangers game at 70 per cent then, I’m sorry, but there is only one outcome.

‘It is not going to be favourable to the guys like Scott Brown and Callum McGregor who give their all.

‘I am not a psychologist. I don’t know what goes through an individual player’s mind.

‘But I played in enough Old Firm games as a Celtic player to know that if you’re not quite at it and not quite giving 100 per cent then there is trouble ahead. It’s hard enough even when you are giving your all.

‘I know there are no fans there on Saturday, but fans are still paying for their season books to watch the live stream.

‘They work hard all week to go and watch their teams giving their all.

‘And, for me, he shouldn’t be playing even if he feels physically fit and well.’

The complexities of picking Morelos to start against Celtic, meanwhile, are multiple.

In 12 games against the champions, the South American has yet to score. He has more red cards than goals. 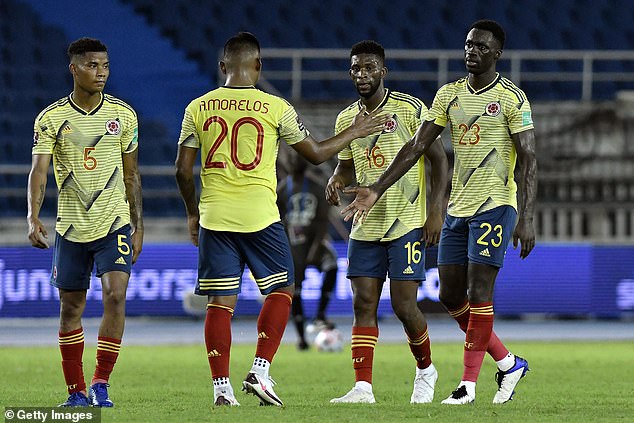 Morelos faces a race to complete the 7,000-mile journey from South America to Glasgow

And since 2020 ushered in enough transfer speculation to wipe out an Amazonian rainforest, Gerrard admits the striker has had ‘his head turned’.

Denied by some stunning goalkeeping, the law of averages suggest Morelos will score against Celtic eventually.

Yet a tally of six goals in 24 appearances in the current calendar year allied to a long journey back from South America raise an obvious question. Is this the time to risk it?

‘Morelos was a sub for Colombia and it’s a long journey,’ said former Rangers striker and chief executive Gordon Smith.

‘But the adrenalin should still be flowing when he returns. And for me he has something to prove.

‘Regardless of his growing reputation, Morelos has so far failed to score in an Old Firm game.

‘As a Rangers player, that’s how you are judged ultimately.

‘His European record is very good and that has enhanced his reputation.

‘But the biggest factor when you are playing for Rangers is you have to be able to score in Old Firm games. You have to be an Ally McCoist figure.’

While a remarkable McCoist record of 27 goals against Celtic is unlikely to be matched, any Rangers centre forward should be good for a goal or two.

And how Morelos responds to Rangers refusing to accept a Lille offer for his services will be a source of intrigue in the coming weeks.

‘Once the window has passed and you move on, the time comes to keep going and prove your level,’ added Smith. 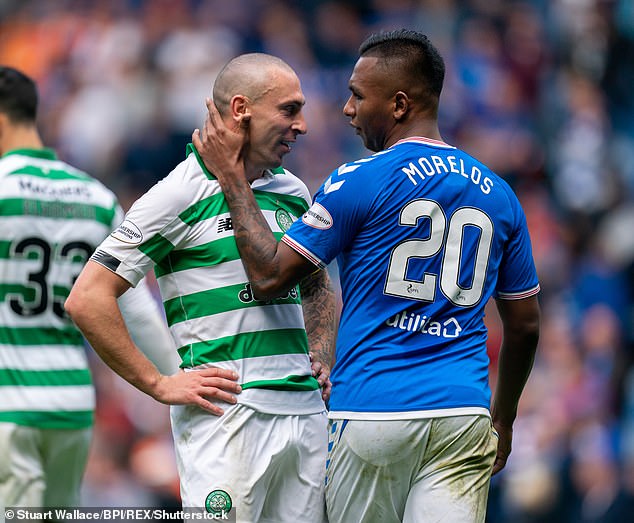 ‘You are not simply judged in the short-term. People want to see you come back.

‘Of the two players, Edouard is the better in my opinion. He has more to his game.

‘But it’s about the frame of mind of both players now.

‘Edouard has scored in these Old Firm games, he has performed.

‘Psychologically, he should be up for it so long as he feels physically good about himself after his brush with quarantine.’

Beyond the health and logistical challenges presented by international football, it’s a question of mindset. Which player knuckles down and returns to normal service first has the capacity to make or break the Premiership season for Celtic and Rangers.

‘Both of these guys are brilliant centre-forwards,’ said McGarvey.

‘But the demeanour of both of them since all the speculation started has left a lot of be desired.

‘Sometimes you can look into the future a bit with football and see what lies ahead.

‘Could anyone take a decent punt at what might happen with Edouard and Morelos for the rest of this season? Not on your life.’

Neil Lennon admits he would have ‘understood’ if...