By Simon Jones and Kathryn Batte For Football Frenzied Republishing

Chelsea’s Victor Moses is poised to complete his loan move to Spartak Moscow with an option to make the move permanent for £8million.

Moses looked set to return to Inter Milan before where he had a successful spell on loan under former boss Antonio Conte last season but the move fell through on deadline day.

Despite suffering with injuries during his time with the Serie A side, Moses managed four assists in nine league games.

Spartak still have a week remaining in the Russian transfer window and have been looking to sign a full-back.

The club also previously enquired about Tottenham’s Serge Aurier but are now closing in on Moses.

The move will be the 29-year-old’s sixth spell away from Stamford Bridge after joining the club in 2012.

His most successful season in a Chelsea shirt came during Conte’s reign with the manager converting him to a right wing-back, helping the club win the Premier League title in 2017.

His last appearance in a Blue shirt came in September 2018 and he is not thought to be part of Frank Lampard’s plans. 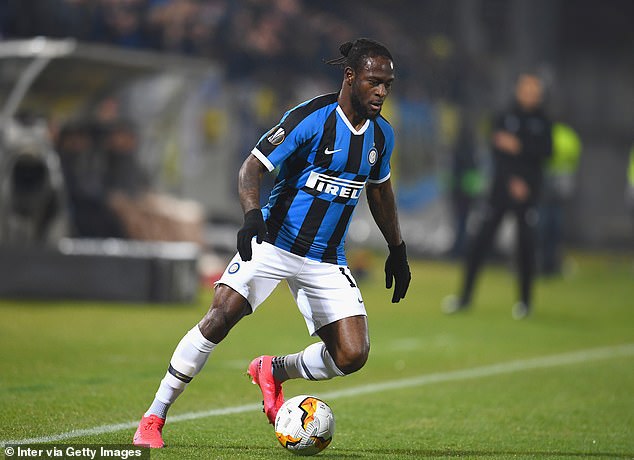