The tell-tale signs were there, even as Gareth Bale drifted into the shadows at Real Madrid.

This summer, as Spanish football emerged from shutdown, Zinedine Zidane tested his players’ speed, their strength, their readiness to secure LaLiga glory.

Bale was top of the class. And yet over Real’s final 12 matches, boss Zidane used the 31-year-old once. It was the surest sign of bridges burned but evidence, too, that Bale’s weapons still fired. 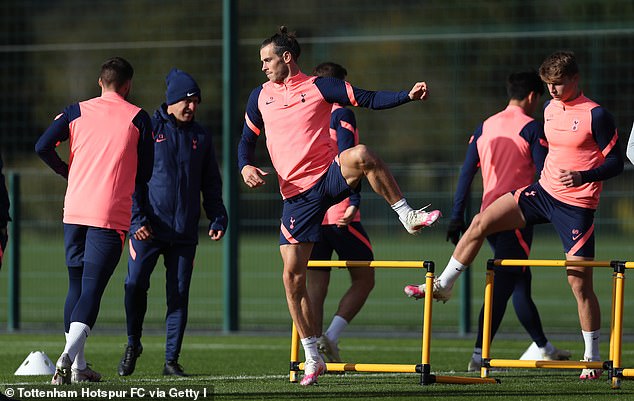 On Sunday against West Ham, Bale can prove just how much gunpowder remains.

His second coming for Tottenham arrives more than seven years after his last Premier League appearance and almost a decade to the day since a stunning hat-trick against Inter Milan in the San Siro catapulted Bale towards the Bernabeu and superstardom.

But amid the nostalgia, a question remains: does that Bale still exist or has his threat shrunk with his golf handicap?

In recent days, Tottenham have provided the odd teaser. Bale has been working towards match sharpness following knee trouble and social media has shown flashes of those pumping legs and that left foot.

Some things never change — even during training in his early Tottenham days, Bale offered glimpses of what could lie ahead.

‘There were things he did where Luka Modric would turn and say, “Wow, did we just see that?”’ former assistant coach Clive Allen tells Sportsmail. ‘They were aware very quickly he could do things that no one else could.’ 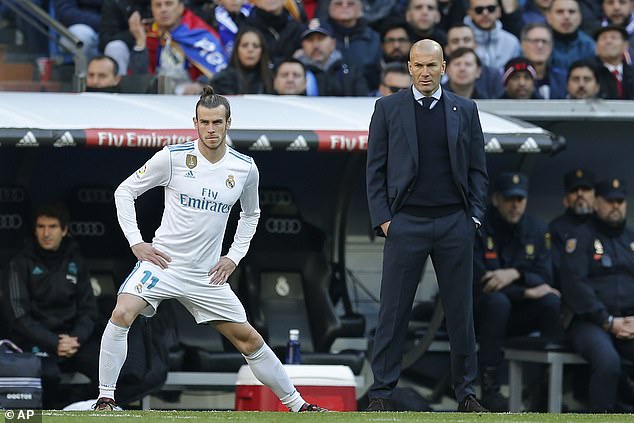 For a time, they remained only glimpses. And then Tottenham found themselves four goals and a man down at half-time at the San Siro in a Champions League group game. ‘It was going to take a phenomenal effort just to get out of there without being embarrassed,’ Allen says. ‘Harry Redknapp spoke to the group and that was the message: save face — and, phwoar, Gareth just came alive.’

On 52 minutes, Bale shot clear from inside his own half before scoring from a tight angle.

In stoppage time, another break, another rocket finish. A minute later, his third came with a fine first-time shot. The pace, power and precise finishing were frightening despite the 4-3 loss.

‘That was the night he came of age,’ Allen remembers.

Bale tortured Maicon again in the return fixture as hours of graft bore fruit. ‘He became a phenomenal athlete. He put a lot of work in and that took time to take effect,’ Allen says. 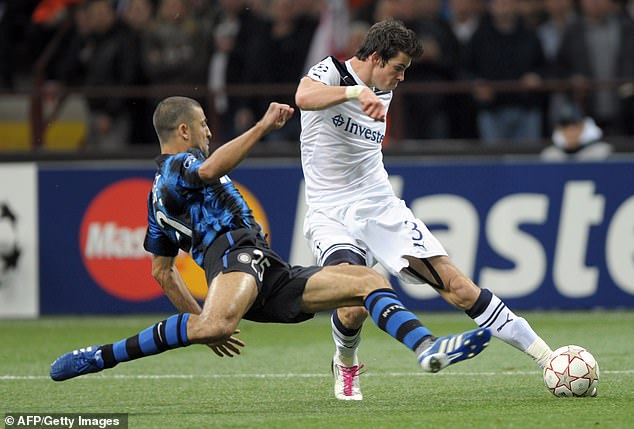 With confidence came consistency. In two seasons before Real came calling, Bale amassed 30 goals and 14 assists, with then-Tottenham manager Andre Villas-Boas claiming his decision to shift Bale inside to a free role ‘unlocked’ his potential and helped his career ‘explode’.

Madrid paid a world-record fee for Bale in 2013 and 15 major trophies followed, but he failed to win over the fans and the Spanish press. 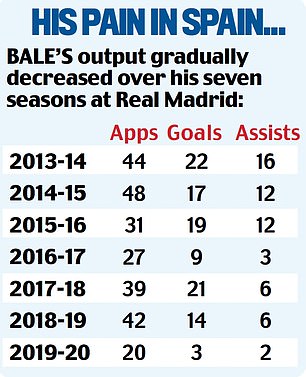 Neither he nor David Beckham spoke much Spanish. But Becks played the game, befriending the likes of Ronaldo and Roberto Carlos. Bale lived more on the periphery. And on the golf course. ‘I’m very quiet,’ he said, ‘I keep myself away from the cameras.’

Relations with Zidane grew more strained. The Real boss believes all players should be equal but Bale wanted different (if not special) treatment. An example: after so many injuries, the winger has a trusted recovery process, but Zidane preferred the team to recuperate together. Having Cristiano Ronaldo on the opposite wing proved a blessing… and a curse. Bale had the perfect foil but he was no longer his team’s talisman.

Even after his departure, Ronaldo’s shadow loomed large. Bale was criticised for not filling the void and Real remained lopsided, channelling attacks down the left.

Some in Spain feel Bale’s game intelligence went unappreciated. Even early last season, Zidane tended to pick the Welshman for tricky away games owing to his defensive discipline. However, by his final season in Spain, Bale was playing less, scoring fewer goals, creating fewer chances, dribbling less often and with less success. Statistics tell only half the story, though. 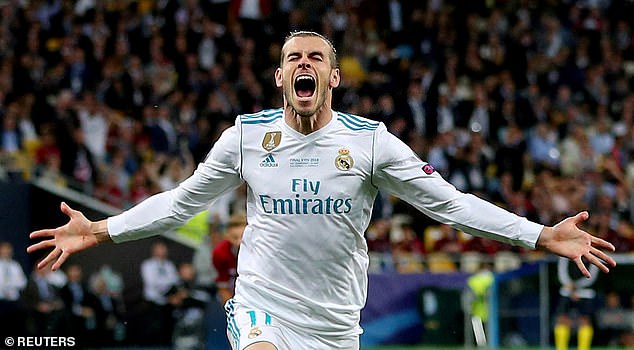 How many players shine when their game time is so limited, their future so uncertain?

‘When you’re not happy, it’s difficult to play at your highest level,’ Bale recently told Sky. Now, back at Spurs, the buzz has returned. ‘I feel energised again,’ he added. ‘That always leads to good performances.’

More crucial still is how Bale has adapted his game as he has edged beyond 30. ‘I’m not the 20-year-old who sprints 90 yards down the touchline every two seconds,’ he said.

‘When you get older, you realise you have to manage yourself more and pick the right moments. When you’re younger you just want to impress, to go 100 per cent all the time.’

Johnson agrees. ‘No one is the same player at 30,’ he says. ‘Bale has developed. It’s almost like what Ryan Giggs did. Giggs played for another two or three years and didn’t run past anyone, but he played a fantastic role a bit deeper.’ 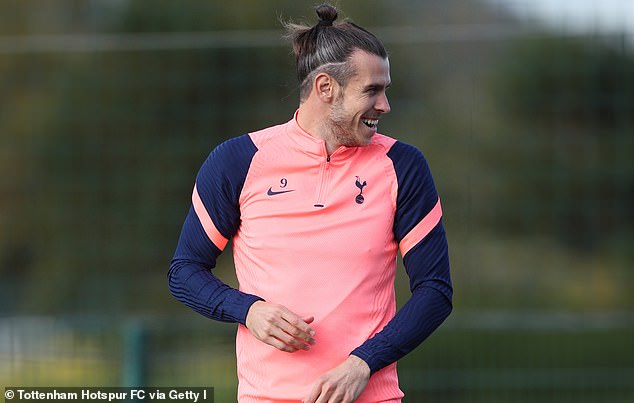 Alongside Harry Kane and Son Heung-min, Bale seems an ideal fit for Tottenham’s right side — less the careering winger, more a threat from inside the box and someone who could take advantage of Kane’s knack of providing assists. Jose Mourinho could have a frontline akin to Liverpool’s: pacy, wide forwards knitted together by a creative No 9.

Bale’s biggest weapon, however, may be his know-how. Spurs have not picked up silverware since he left and Mourinho needs winners to end that drought.

Should he stay fit, there is a sense Bale can still terrorise defences in a more measured, mature way.

‘I still believe I have a lot to offer,’ he said recently. ‘I wouldn’t be here otherwise.’