‘I felt pure happiness when I arrived’: Chris Smalling opens up on finally sealing £18m move to Roma

‘I felt pure happiness when I arrived’: Chris Smalling opens up on finally sealing £18m move to Roma after ‘long and painful’ negotiations to end his frustrating spell at Manchester United

Chris Smalling has revealed his relief at completing his £18million move to Roma from Manchester United.

Smalling’s transfer to the Serie A side was sealed just one minute before the Italian transfer window closed on October 5.

The 30-year-old was deemed surplus to requirements by United boss Ole Gunnar Solskjaer after spending last season on loan at Roma. 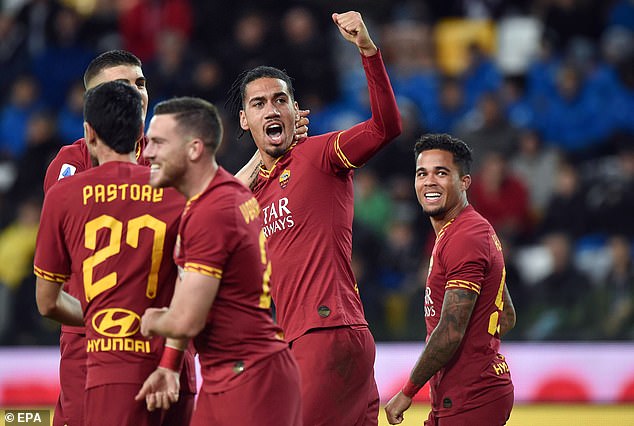 The central defender was greeted with a chorus of cheers when he was met by a crowd of Roma fans last week.

Smalling has spoken of his delight at signing permanently and thanked Roma for their patience during what were ‘long and painful’ negotiations.

He said: ‘I’m very happy to be here. I am convinced that the team is stronger this year thanks to the experience gained in the last season. I can not wait to start, we want to take away great satisfaction. 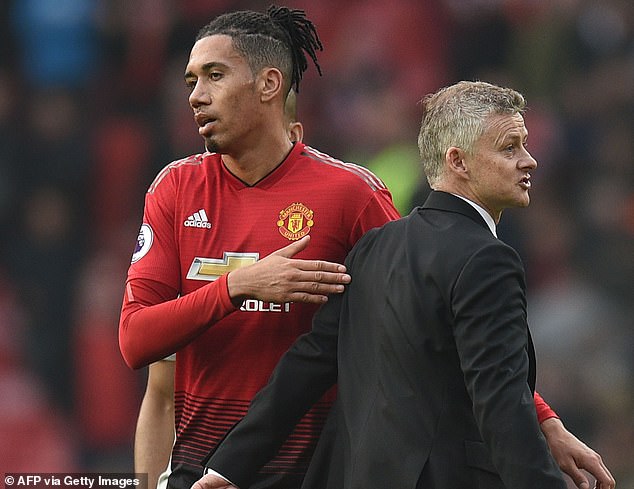 ‘I felt pure happiness when I arrived, I had never felt such affection from the fans. I want to return this affection by helping the team to win a trophy.

‘I want to relive the joys of last season with this team and this coach. The city is also very pleasant. The negotiations were long and painful, I am grateful to Roma for being here and I want to repay the trust.’

Smalling has also said he intends to learn Italian so that he can have a greater influence on and off the pitch just as captain Edin Dzeko has.

He added: ‘I think Rome has one of the best captains in the world, Edin Dzeko, there are many leaders and Dzeko is one of them. I want to be a leader on and off the field, like I did last season. I want to work to become one outside the camp and therefore I intend to learn Italian.’