Given that his girlfriend is Estelle Bergkamp, the daughter of Arsenal legend Dennis, Donny van de Beek has joked there is sure to be an expectation for any children to excel at football, considering the genes.

For now, though, the expectancy is all on Van de Beek, the 23-year-old soon to be Manchester United’s new £40million midfielder.

He has long since shouldered such pressure. It was, of all people, Bergkamp who identified the potential of the boy who could yet become his son-in-law. 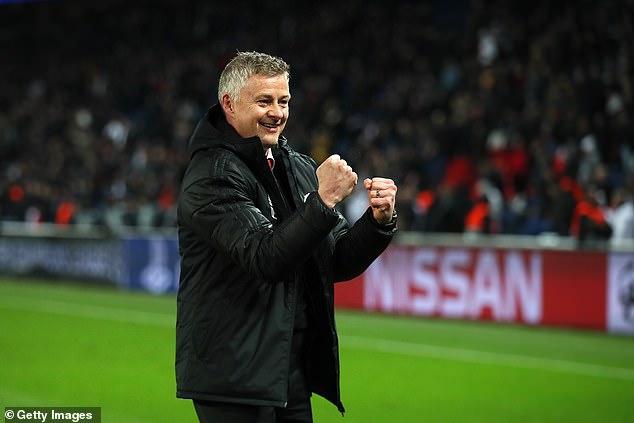 That was in 2010 when Van de Beek played for Bergkamp’s under-12s at Ajax’s academy. The former Holland forward saw himself in the blonde-haired hopeful, who would drift between midfield and attack and, like Bergkamp, was not afraid of an audacious finish or blind pass. He even earned the nickname ‘Maradonny’ among his peers.

While Bergkamp’s faith was a source of great pride for the family, for Van de Beek’s father, Andre, it did not compare to the comments of his idol Johan Cruyff, who mentioned to him one day that he was already well aware of his son’s talent.

Both Cruyff and Bergkamp were of sound judgement, not that it should come as a surprise. 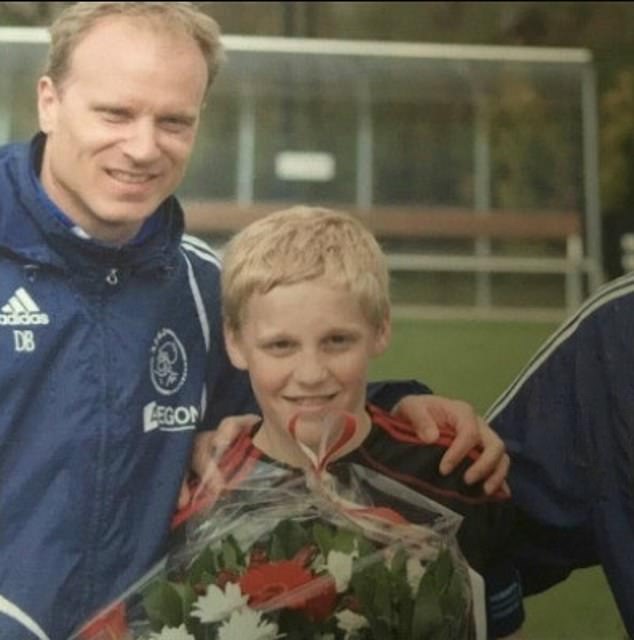 Van de Beek would go on to score 41 times from 175 matches for the Dutch club, emerging as a star during their run to the semi-finals of the Champions League in 2019.

But he will arrive at Old Trafford with much still to prove, for Ajax attacking midfielders have not always adapted to life in the Premier League – for every star like Christian Eriksen, there is a tale of caution such as Davy Klaasen or Siem de Jong.

Van de Beek’s back story suggests he will not want for mental resilience, for despite his relatively tender years, he has been through much already.

Van de Beek was sat on the bench during a pre-season friendly in Austria in 2017 when his best friend Abdelhak ‘Appie’ Nouri collapsed on the field.

Born two weeks apart and together in Ajax’s academy for the best part of a decade, the pair had realised their dream of playing alongside one another in the first team.

The footage from that day in Austria is chilling, Van de Beek clutching a bottle of water as he stands among his team-mates on the touchline, watching – speechless – as a medical tent is assembled around his stricken friend.

Appie, then aged 20, had suffered cardiac arrest. He was left with permanent brain damage. Only in March of this year did his family confirm that he was now being cared for at home having woken from his coma.

Van de Beek later described himself as ‘broken’ and admits there are periods where he cannot visit Appie, for what follows is weeks of upset and loss of sleep. 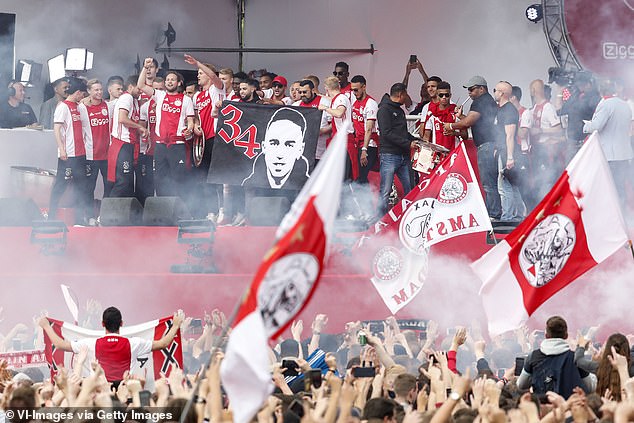 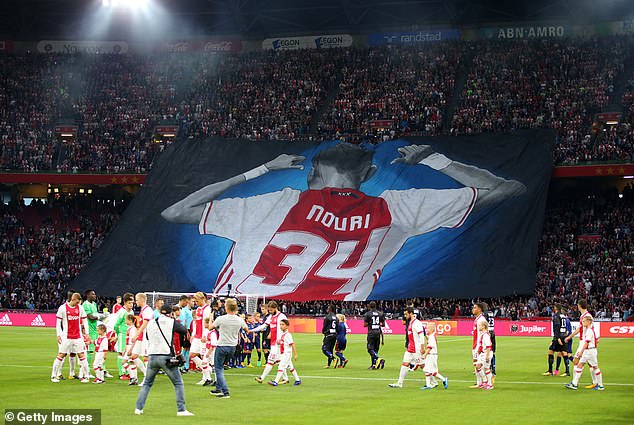 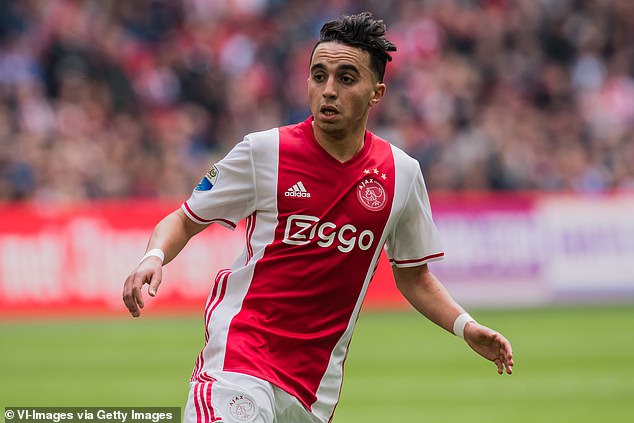 The youngster collapsed on the pitch during pre-season in 2017

But communication with Appie’s family is daily and, in tribute, it is likely he will take the No 34 jersey at United, the shirt worn by his friend for Ajax.

It was Appie who had helped Van de Beek when his younger brother, Rody, developed a tumour against his spine and spent months over a period of years in hospital. After one match, Appie revealed a T-shirt with Rody’s picture on it.

Rody made a full recovery and he cried during an interview with Nu Sport earlier this year when describing the bond with his brother.

‘Those moments I saw Donny again after the operation, then you know that he really has always been there for you. He is strong, but it also hurt him,’ he said.

The family, in an interview with Ajax Showtime, revealed there were mornings when letters from both the hospital and Ajax would land on the doormat, one brother fighting for his life, the other chasing his dream.

The boys were raised on a chicken farm in Nijkerkerveen, a rural village of just 1,500 inhabitants 35 miles south of Amsterdam.

Donny would spend more time climbing trees than playing football in his early years and was fond of the family’s birds, one day climbing onto the roof of the aviary to get a closer look, much to the concern of his father.

But Andre was also a coach at Veensche Boys, the village club where Donny played before and beyond signing for Ajax aged 10. 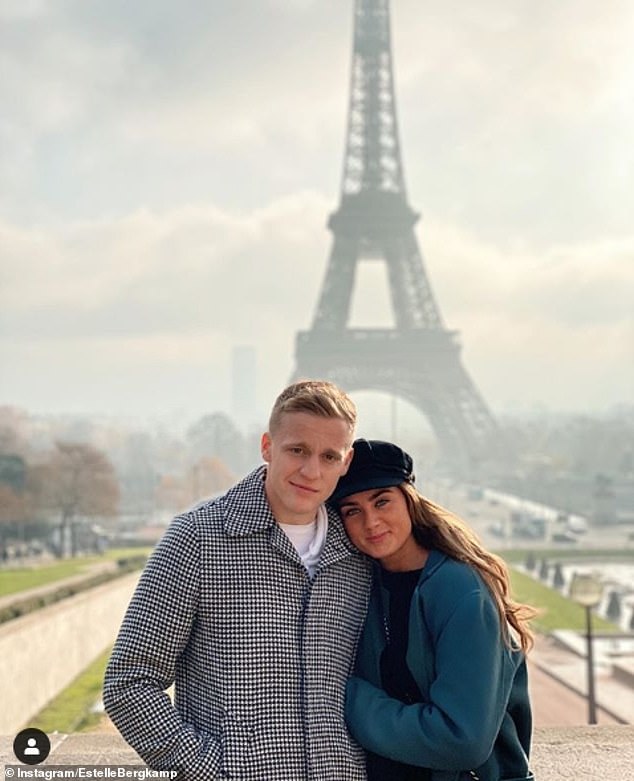 After training, though, he would swap his boots for a hairnet and help package chicken fillets, since admitting that, without football, he would probably still be on the production line at the family business.

His father said on Monday: ‘This is a dream come true. It’s the perfect moment for him to make this step to such a beautiful club. Many clubs were interested, but Donny took this decision himself. It is a proud village.’

His mother, Gerdina, has previously spoken of her son’s humility. It is said he would never wear his Ajax tracksuit when returning to Veensche as a youngster, for he preferred to remain grounded among his friends. Later, after his Ajax debut, he bought a Mercedes car but always swapped it for the family van when driving around the village.

Even now he spends Saturdays watching Rody play for Veensche Boys senior team – which also includes Appie’s brother, Mo – and opponents have to check twice at the sight of Van de Beek wheeling the kit trolley into the dressing-room.

That modesty is sure to be tested at United, however, especially if he goes on to become the superstar his mentor Bergkamp expects him to be.