The one landmark Liverpool DIDN’T want to hit! It’s now 30 years to the day since the club last won the league, after coronavirus halted this season’s title charge

The wait was supposed to be over weeks ago but with football and life in general on hold due to coronavirus, it is now 30 years to the day since Liverpool last won the English top flight.

On April 28, 1990, the Reds, managed by Kenny Dalglish, won 2-1 against Queens Park Rangers at Anfield to secure their 18th top division title.

Plenty has happened since with Liverpool winning the Champions League twice in 2005 and under Jurgen Klopp’s stewardship last year. 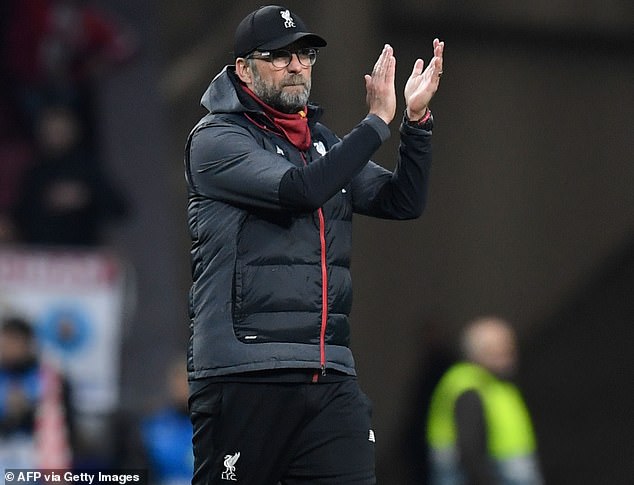 Agonisingly, Liverpool have finished second four times in the Premier League, including last season when they narrowly missed out to Manchester City.

But under Klopp this season, Liverpool have romped to a record 25-point lead at the top of the table and are just two wins away from being crowned champions.

Phil Thompson, the former Liverpool defender, was in the dugout the night Liverpool won the league 30 years ago and he finds it hard to believe it has taken so long for the club to finally be on the brink once again.

Thompson told Sky Sports: ‘I just can’t believe it [has been 30 years]. If you’d have said on this day 30 years ago that we wouldn’t see another league title, I’d never have believed it. It’s amazing.’