‘Sometimes he gives me an earful but it’s a massive help and a confidence boost just having him beside you’: Joe Gomez heaps praise on ‘dominant’ Liverpool team-mate Virgil van Dijk

Liverpool defender Joe Gomez has lavished praise on his centre back partner Virgil van Dijk and hailed the influence the Dutchman has had on his own career.

Gomez and Van Dijk have proved to be a fearsome pairing at the back for the Reds this season as they stormed to the top of the league.

If the season is played to its conclusion, Liverpool have all-but secured the title and Van Dijk has proved himself once again to be up there with the very best players in the world. 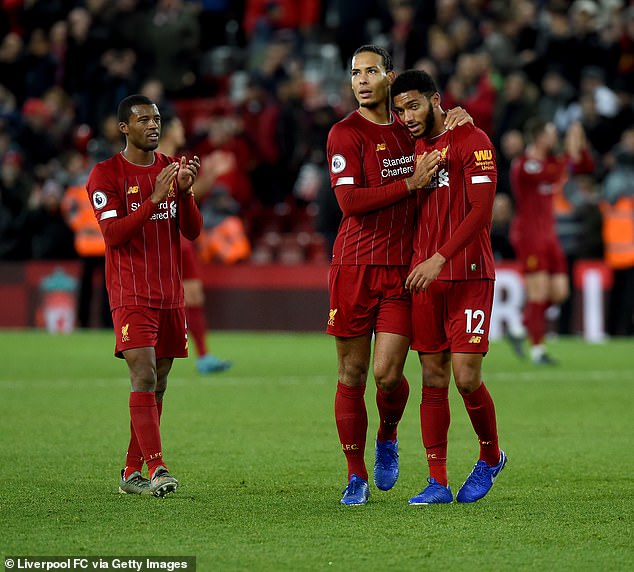 Nobody is more aware of his talent than centre back partner Gomez, and he has waxed lyrical about Van Dijk on Sky’s ‘The Football Show’.

‘I was a young centre back when he arrived, and as soon as he came in he reached out with open arms and we formed a bond straight away,’ he said. ‘He’s down to earth off the pitch and we really get on. We casually speak about life, and on the pitch we have an understanding. He’s a mate at the end of the day.

‘Sometimes he gives me an earful but it’s a massive help and a confidence boost just having someone like him beside you. He doesn’t really lose headers at all, just his presence beside me. When he goes down [injured], there’s a gasp and a worry in the stadium, he’s a real dominant force.’

Gomez was later asked which of his Liverpool team-mates he would take with him to a fictional ‘Isolation Island’, and once again Van Dijk’s name came up. 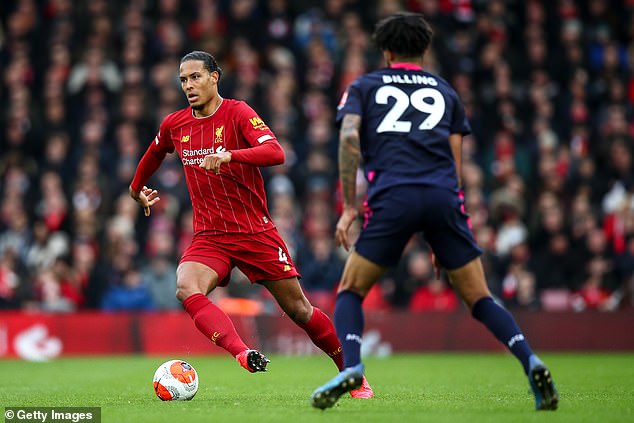 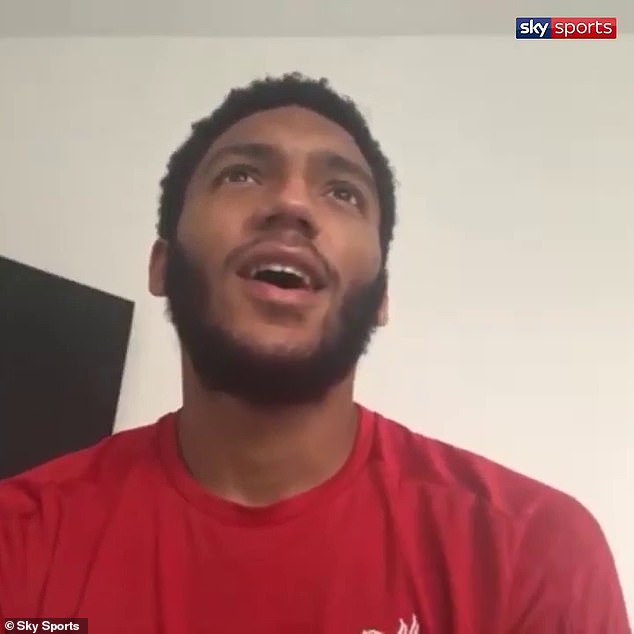 ‘I’d probably say I’m closest to Virge and Gini [Wijnaldum], I’d learn some Dutch on the island regardless,’ he said.

‘Virge is switched on, he’s captain. They’re both in the leadership group at Liverpool, of players who pull rank when decisions need to be made. Gini would be more pushy and get things done, to be fair.

‘[If I took Milner], I’d still be fit when I came off the island and my diet would be on point. But yeah, I’d take Virge or Gini.’