Former Liverpool striker Michael Robinson has died after a long battle against cancer.

The 61-year-old’s death was confirmed on Tuesday.

A message on his official Twitter said: ‘With great sadness we confirm Michael’s death. 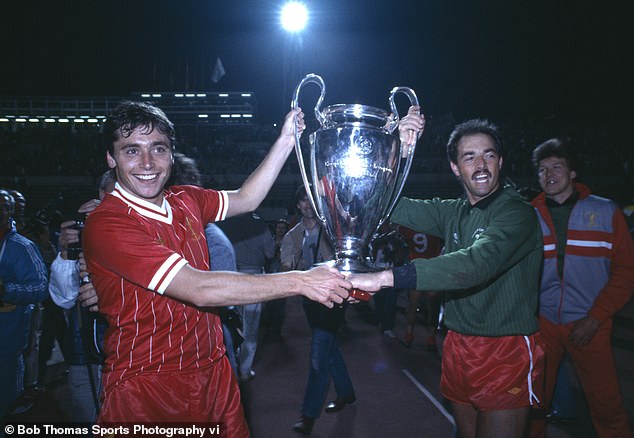 ‘He leaves a great hole but also many memories, full of the same love you have shown him.’

The message, referring to the famous song sung by Liverpool supporters, added: ‘He never walked alone.’

The former Republic of Ireland international, now a famous football pundit in Spain who revealed he had metastatic cancer in December 2018, was forced to deny he had died in a message published last week after Spanish journalist Pipi Estrada wrongly reported he had lost his cancer battle.

He told fans: ‘For all those of you who are asking, I’d just like to tell you I’m still fighting.

‘Many thanks for all your interest and your displays of affection.’

He added, in a message written in Spanish but finished in English in an obvious reference to the hit song sung by Liverpool fans: ‘I see I’ll never walk alone. I hear you as if I was in Anfield.

‘Sincere thanks and a lot of encouragement during the coronavirus confinement.’

Robinson won a league, League Cup and European Cup treble with the Reds in 1984 and also played in the 1983 FA Cup final for Brighton.

Michael revealed he had advanced melanoma skin cancer on a radio show in Spain.

He said: ‘I would prefer not to have to fight this battle but regrettably I’m in that battle and I’m determined I’m going to beat it.’

Admitting the specialist who saw him told him: ‘Michael you’ve got cancer, a bad one, of the sort that are not curable’, he added: ‘I don’t remember the rest of what he told me because I was thinking I was in the middle of a nightmare.

‘They said I had a melanoma. Obviously melanoma normally is not in the armpit, it’s in the skin. 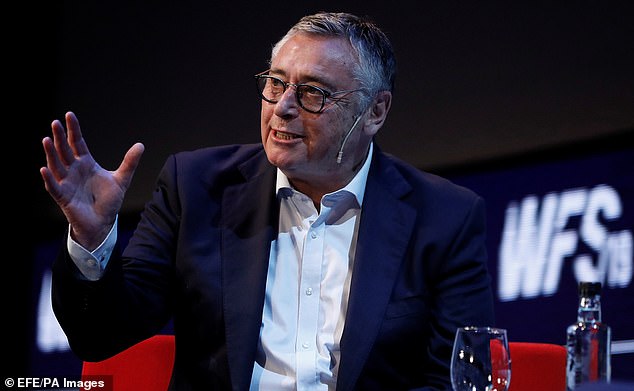 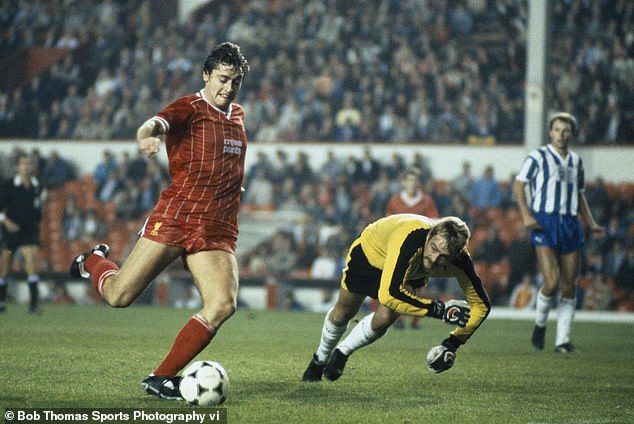 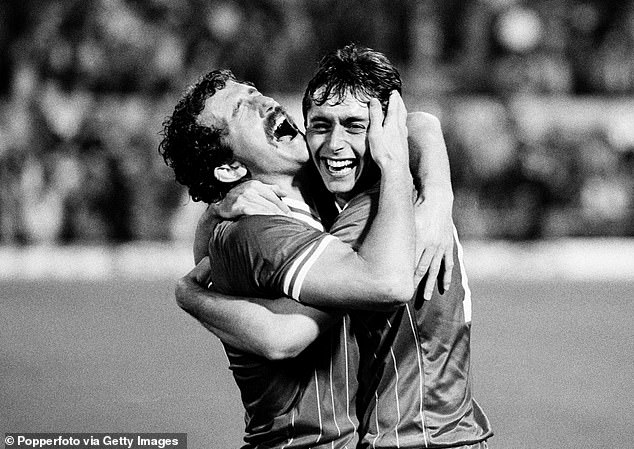 ‘The metastasis had travelled and it showed itself up in my armpit.

‘For a couple of days I didn’t really know what day it was. I thought it was a bad dream and in any case I thought it was minor and I would go to the hospital the following day and I’d be told, ‘We’ve made a mistake Michael’.

‘One day, while I was having a beer, I told myself that science had spoken and I had a bad advanced cancer and the cancer had dictated a series of circumstances.

‘I now have to decide how to live. I have that power.’

He has continued to work and has retained his much-loved sense of humour and high spirits, telling an interviewer last October: ‘Cancer can kill me once, sooner rather than later I hope, but it’s not going to do it every day.

‘I have come to terms with what’s happening, I know what’s occurring and I’m full of optimism and enjoying life.’

Liverpool sent a message of support to their Leicester-born former player after his cancer revelation, saying in a statement on Twitter: ‘Liverpool FC would like to wish Michael Robinson well in his battle with cancer. The thoughts of everyone at the club are with our former player and his family at this time.

As well as The Reds, Robinson played for four other English clubs including Man City and Brighton before finishing his career with Spanish side Osasuna. 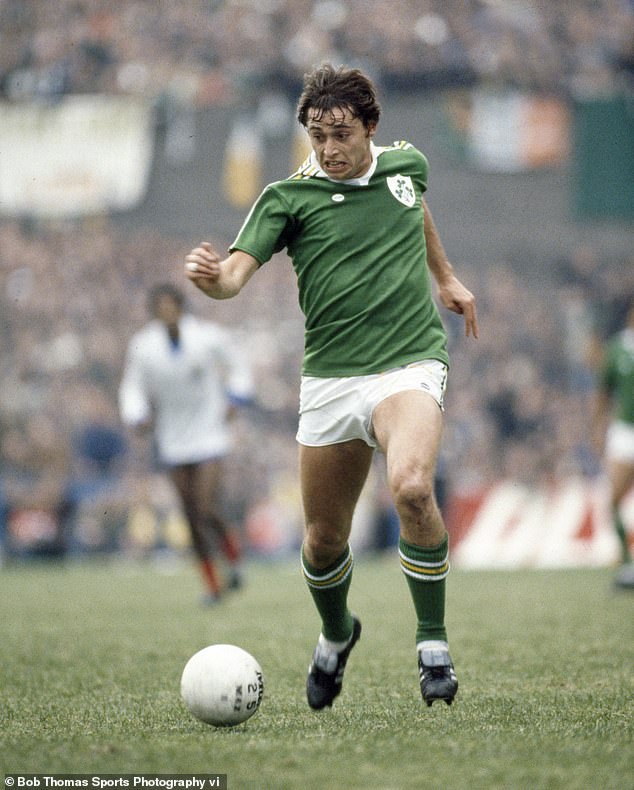 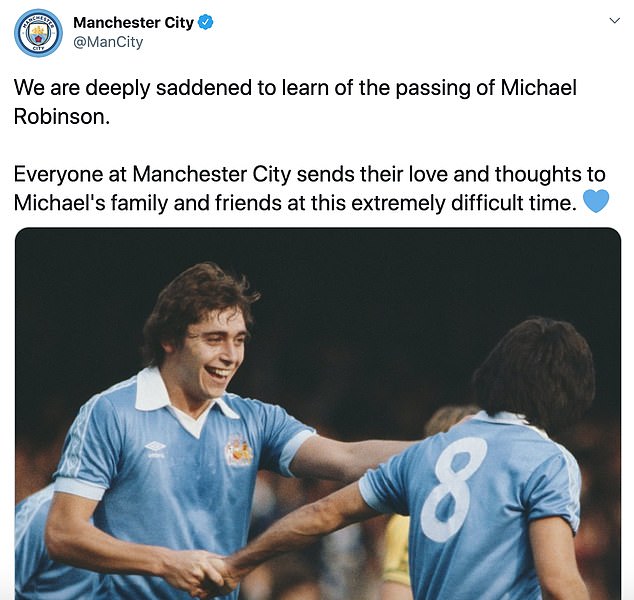 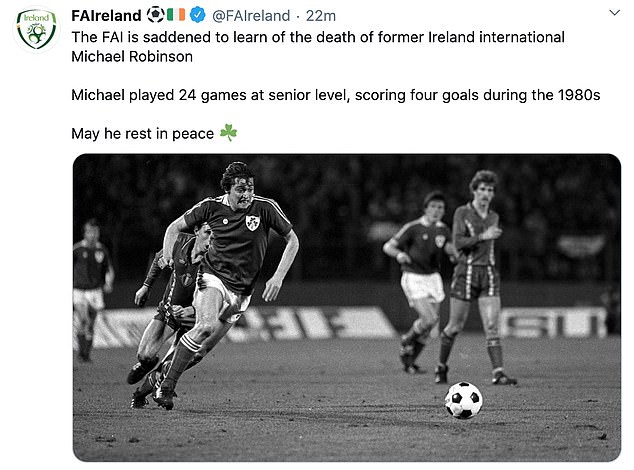 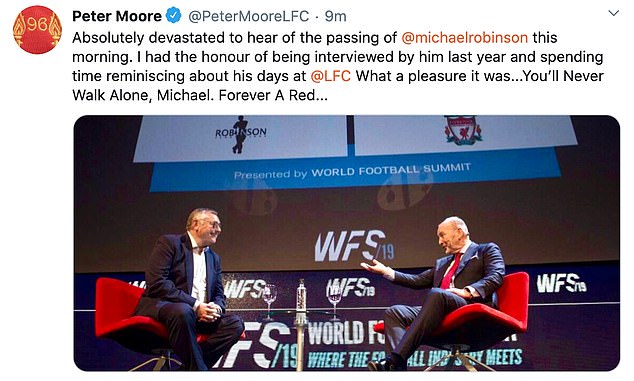 He said: ‘He was a big pal of mine. I’ve got so many fond memories of being in his company. If you were going out, Michael would be the first one you’d invite out. A charming man.

‘I’m really sad for Chris and his kids. He’d recently moved to Marbella from Madrid. He enjoyed a good year at Liverpool and then took himself off to Spain and has created a life for himself out there in the media.

‘Football is very important in all our lives, but when someone dies before their time… I’m really proud to have called him a friend of mine.

‘We didn’t speak every week, but when we did speak it was late afternoon, maybe after a long lunch, and I couldn’t get him off the bloody phone, an hour and a half, two hours later my wife is giving me a look.

‘He’d created himself a wonderful niche out in Spain as a football commentator. I asked someone how he’d done it, and they said “it’s the way he speaks Spanish”. He was tremendously popular.’

‘I had the honour of being interviewed by him last year and spending time reminiscing about his days at @LFC What a pleasure it was…You’ll Never Walk Alone, Michael. Forever A Red..’.