Crystal Palace convinced boss Roy Hodgson, 72, WILL NOT be banned despite coronavirus regulations

Crystal Palace are understood to be confident Roy Hodgson will not be barred from managing the team on safety grounds should football be able to restart after the current coronavirus pandemic lockdown.

People over the age of 70, regardless of medical conditions, are advised by the Government to be particularly stringent in following social distancing measures.

Former England manager Hodgson, who turns 73 in August, could therefore be unable to join up with Palace staff in the event of restrictions being lifted to such a degree that the Premier League is able to restart, albeit behind closed doors.

The south London club will be guided by Premier League advice on the matter, but are confident Hodgson will be able to participate when the rest of the team returns to training and match action.

Medical officials from major sports governing bodies will be involved in weekly meetings from this week onwards which will also feature representatives from Public Health England and be led by the Department for Digital, Culture, Media and Sport (DCMS).

The Premier League has been suspended since March 13 and the competition is keeping a resumption date ‘under constant review’. 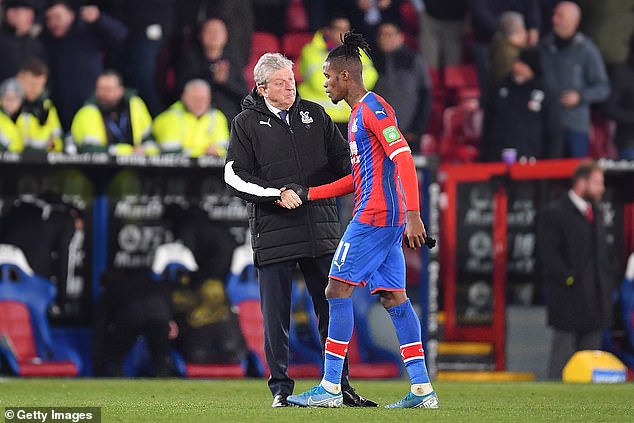 Due to the coronavirus outbreak, it is feared that laws surrounding social distancing for those over 70 could affect Hodgson, 73, if the season resumes over the summer

In a message to supporters on the official Palace website published earlier this month, Hodgson said: ‘Everyone is in total agreement we need an end to this season.

‘Ideally our players would have three or four weeks’ minimum to prepare for the first match back, but I accept there may have to be a squeeze on that time frame.

‘It might mean extra restrictions at our place of work – the training ground – for example. 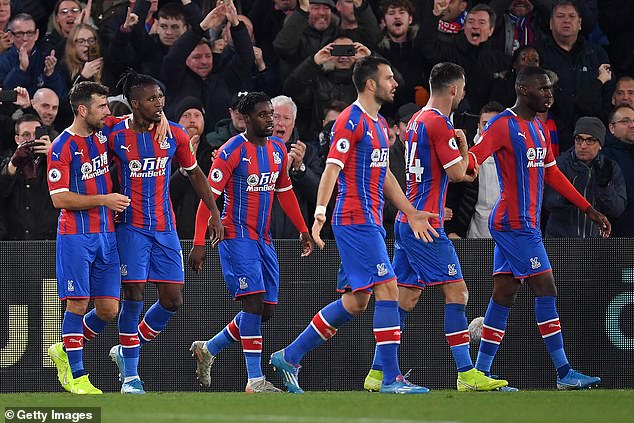 Palace were in excellent form prior to the outbreak, winning three games on the spin

‘It may also mean that we have to play our nine remaining matches in a shorter period of time than we normally would have done, and subsequently receive a shorter break between the seasons.

‘But I think with all of these sacrifices – and I am uncomfortable using that word in such a context – everyone will be more than happy to go along with what it takes in order to get playing again as soon as possible in order to get the season finished.

‘It will be a very joyous occasion at Beckenham when we get to train again together as a group and prepare for the remaining matches, and I’m 100 per cent sure that our fans will be very happy to see Crystal Palace play again, especially at Selhurst Park.’