Grosicki, who has 73 international caps, joins a West Brom side who sit second in the table for an undisclosed fee. 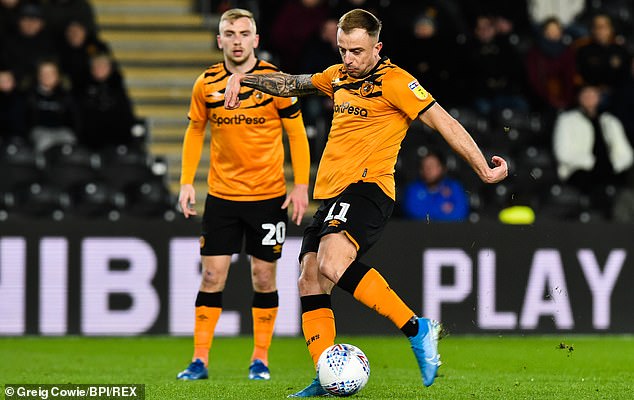 Baggies technical director Luke Dowling told the club website: ‘Kamil is one of the most consistent players I have seen.

‘He’s always a seven out of 10 guy who will give you a nine as well. He’s exactly the type of player we want to be adding at this stage and as soon as he heard of our interest, there was nowhere else he wanted to come.

‘He’s got great experience and is still an important member of his national squad with the Euros ahead in the summer.’ Grosicki is likely to not be the only deadline day exit from the KCOM Stadium, with fellow attacker Jarrod Bowen also linked with exit door.

A host of Premier League clubs have been fighting for Bowen’s signature, who has scored 18 goals in the second division.

Rangers sign Hagi! Romania legend’s son Ianis joins on loan until the end of the season