Newcastle United winger Christian Atsu is discussing a loan move away from St James’ Park, with a host of Championship clubs showing an interest.

The 28-year-old Ghana international has garnered interest from Nottingham Forest, while Fulham and Blackburn Rovers are strongly linked.

Atsu has failed to score in 22 games for The Magpies this season, and has contributed four assists for his team-mates.

That sort of form has seen the winger become surplus to requirements under Steve Bruce and he is looking to seal a move away from Tyneside today.

Greek side Olympiacos have also shown an interest in Atsu after the Greek Super League champions sold star man Daniel Podence to Wolves for £19million on Thursday.

Atsu joined Newcastle in a £6.7m move from Chelsea in 2017, having spent the duration of his career on loan at Vitesse, Everton, Bournemouth and Malaga. 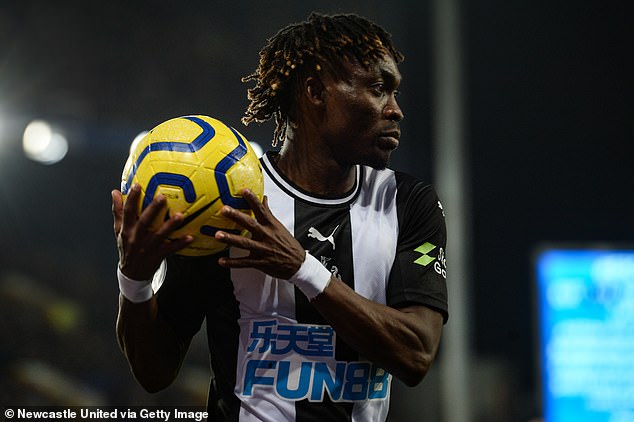 Barcelona set to sign Francisco Trincao in the summer after agreeing £26.1m fee with Braga