By Ian Whittell For The Football Frenzied Republishing

The striker hit his fourth goal in as many games, levelling after home keeper Jamie Jones had been penalised for unnecessarily picking up a back pass.

Albion had to get the ball over a goalline packed with 10 home players from the six-yard free-kick and did it superbly, after a touch from Jake Livermore to Austin, who lashed the ball into the corner to cancel out Sam Johnstone’s own goal. 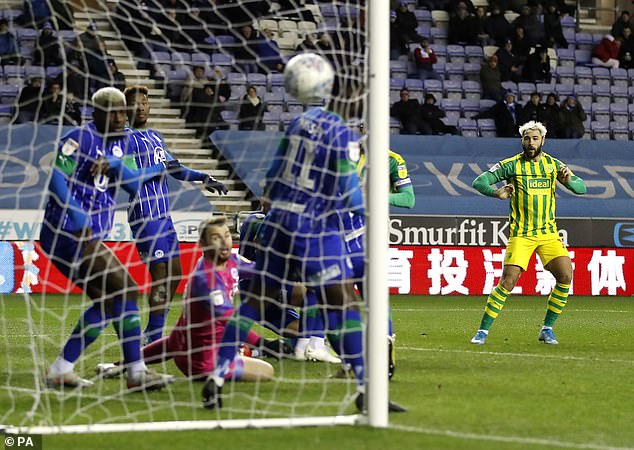 Five minutes into the second half, Egypt international Sam Morsy unleashed a well-aimed shot from 30 yards which Albion keeper Johnstone touched on to a post, only for the rebound to strike him on the back of the head and cross the line.

While the goal came with a large slice of luck, it was no more than Wigan deserved.

More than 20 places and 29 points separate the sides but it was struggling Wigan who dominated the first half and came closest to going ahead. Johnstone spilled Josh Windass’s strike on 26 minutes but recovered well to repel Jamal Lowe’s follow-up.

Lee Evans miscontrolled from that rebound and the home side could count themselves unlucky to go in all square at the break. 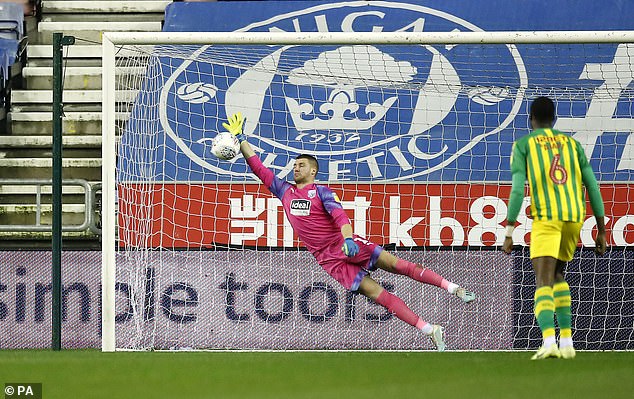 In the opening 15 minutes, Kyle Bartley survived two ambitious home appeals for penalties after a tackle on Windass and a block on Antonee Robinson’s cross.

It was a sign that Bilic’s bold gamble of resting his in-form front three — Hal Robson-Kanu, Matheus Pereira and Grady Diangana, who were all on the bench — was risky.

The half might have ended on a worse note for the Baggies as Robinson’s cross presented Michael Jacobs with a chance, only for the ball to hit him in the face, and Lowe ended the move with a tame shot at Johnstone.

There was also time for Gavin Massey to threaten as he guided a header narrowly over from Evans’ superb centre. 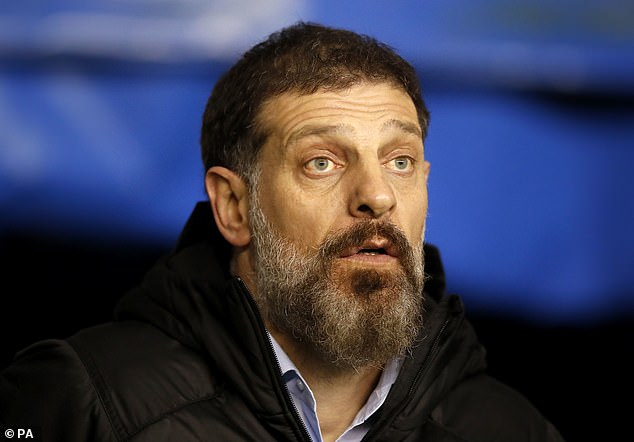 Albion started the second half with more urgency but, having quickly gone a goal behind, the situation could have worsened.

Jacobs hit the bar on 55 minutes and Massey could only cushion a weak header into Johnstone’s arms.

Bilic made a triple substitution to spark a strong finale in which Robson-Kanu almost scored, only to handle a difficult bouncing ball after rounding Jones.