Leeds 2-0 Hull City: Marcelo Bielsa’s men return to top of the Championship after an own goal from Jordy De Wijs and late strike from Ezgjan Alioski secures seventh successive win

Marcelo Bielsa defended his decision to bench Ezgjan Alioski after the left back struck again to seal the seventh successive win that took Leeds top of the table.

The Whites boss sprung a massive surprise when he left out the Macedonia international after his volley helped see off Huddersfield on Saturday.

Kalvin Phillips came back into the Leeds side after suspension with Stuart Dallas switching from right back to left.

And Bielsa said he called on Dallas to deal with the threat of Hull’s 15-goal forward Jarrod Bowen, whose brace ended a seven-match winning run for the hosts a year ago when they met at Elland Road.

‘What he (Dallas) did was important,’ said Bielsa. ‘Bowen is a player who scores a lot and he didn’t have chances to score.’

Bielsa brought Alioski on in the 69th minute for Jack Harrison and the hosts got the breakthrough four minutes later when Helder Costa’s cross was turned in by the unlucky Jordy De Wijs. 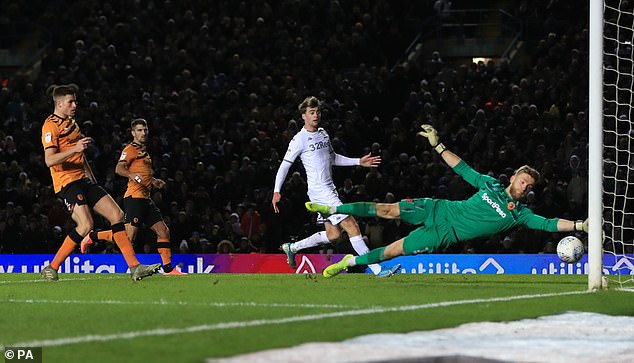 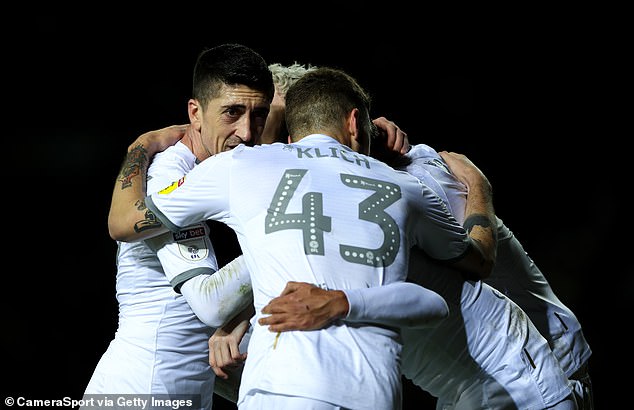 Alioski settled the outcome eight minutes from time, effortlessly steering a fine finish into the corner after Patrick Bamford’s shot had hit the post and rebounded out to him on the left side.

‘In the first half we were superior to them,’ added Bielsa. ‘In the second half they balanced the match, more for both sides.

‘After we scored the second goal we started to manage better the game, but there was moments where we risked the result.

‘In the first half we delivered 10 crosses. Good cut-backs, we couldn’t connect with one of them. We had a lot of possibilities of crossing, but in the first goal one of them touched the ball. We had double the chances of the opponent.

‘Hull are a team that wasn’t one of the best in the beginning [of the season], but after this I can say they’re important.’ 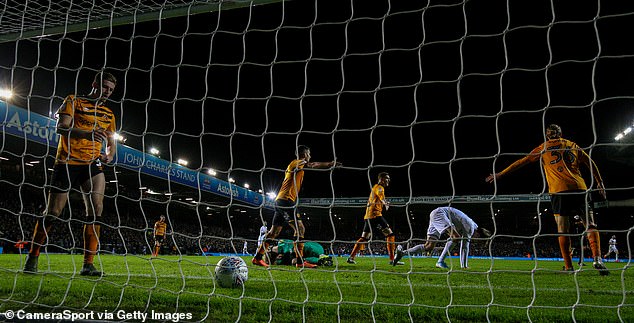 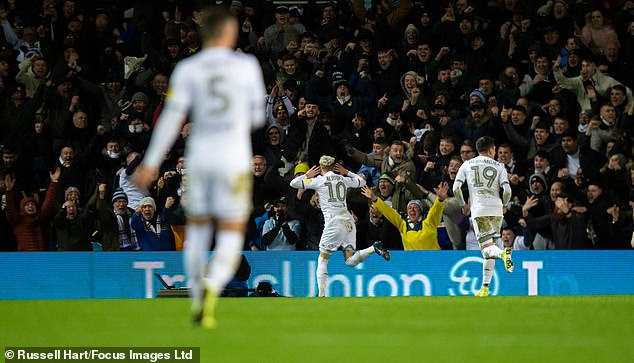 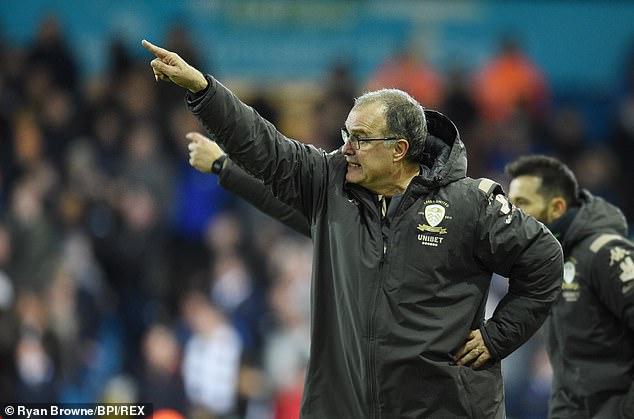 Hull boss Grant McCann welcomed the words from Bielsa but rued a missed opportunity for his side, who harbour their own play-off ambitions.

Tom Eaves twice came close for the Tigers, heading into the side netting before forcing Kiko Casilla into a good save after forcing his way into a shooting chance.

‘We played well for large periods of the game. Switched off for 20 seconds and conceded. When I say this, hard luck stories, I really appreciate Bielsa speaking to me afterwards and telling me how good we are. [Slaven] Bilic did the same. We want that when we win.’

‘It was painful’: Son looking ahead after receiving his THIRD red card since May