Brentford 2-1 Cardiff: Hosts move within a point of the play-offs

The play-offs are now within Brentford’s grasp as they continued their steady climb up the Championship and ended the Neil Harris bounce at Cardiff.

The Bees initially showed why they might be considered an outside bet for promotion as classy goals from Bryan Mbeumo and Ollie Watkins – amid a superb individual display from Said Benrahma – put them in command.

But then a curious drop-off in their intensity after the break offered plenty of reasons why they won’t be in the mix. 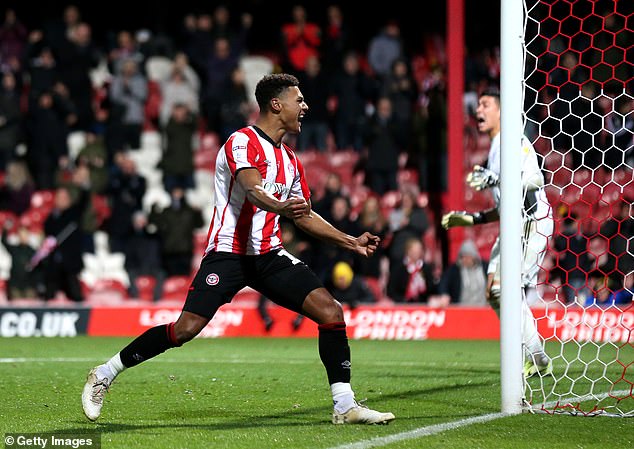 They allowed Cardiff a route back into the contest and Marlon Pack’s thunderbolt made for a tense finale that would have been avoided if Brentford had taken their first-half chances.

Thomas Frank’s side held on to move within a point of sixth but there’s clearly plenty of work still to do.

Algerian winger Benrahma was eye-catching throughout, notably when setting up Mbeumo for the first, but attempting a showboat Rabona cross with a flimsy 2-0 lead was asking for trouble.

Cardiff were outclassed for an hour but showed the indomitable spirit you come to expect from a Harris team.

They’d come into the contest with three wins from four since changing manager and you saw why in the closing stages as they pressed for a leveller.

But Harris was under no illusions as to where the contest was lost. ‘It was the first time I’ve had to raise my voice in the football club was at half-time.

Brentford boss Thomas Frank said: ‘The first 30 minutes was the type of football we want to see here. We moved the ball quickly and were dynamic. We were in control and they got that 2-1 goal and I didn’t like it.’

When Benrahma controlled deftly on the edge of the Cardiff box and pinged a shot narrowly wide inside the opening 30 seconds, it rather set the tone for the first-half. 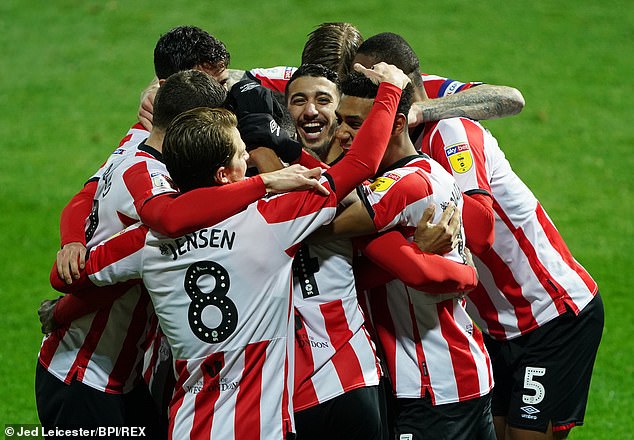 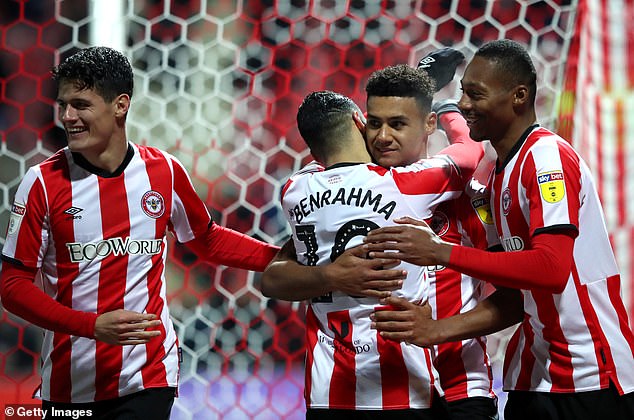 Spectators at Griffin Park have enjoyed their Brentford side suffocating visiting teams with an obsession for possession for a few years now and that was certainly the case here.

Their share of the ball topped 80 per cent at times in the opening 45 as Cardiff were forced to chase around and try not to be stretched out of their 4-2-3-1.

But Brentford, and the high voltage Benrahma in particular, aren’t afraid to let the creative juices flow and try things. Yes, more often than not, it won’t come off. But when it does, it can be spectacular.

Take the Bees’ opening goal on 25 minutes as a fine example. Benrahma was some 40 yards from goal when he collected the ball, producing an audacious pirouette to get away from one blue shirt.

A few strides later and the Algerian was inside the Cardiff box, tucking a reverse pass into Mbeumo who finished unerringly into the bottom corner for his third goal in three matches.

Sometimes Brentford favoured a more direct route and Mathias Jensen should have done better when Josh Dasilva’s pass split the Cardiff back line. Jensen hit it first time but straight at Neil Etheridge.

Just before the break, Benrahma curled a shot that Etheridge could only push into the path of Ollie Watkins, who was denied by Curtis Nelson’s block. 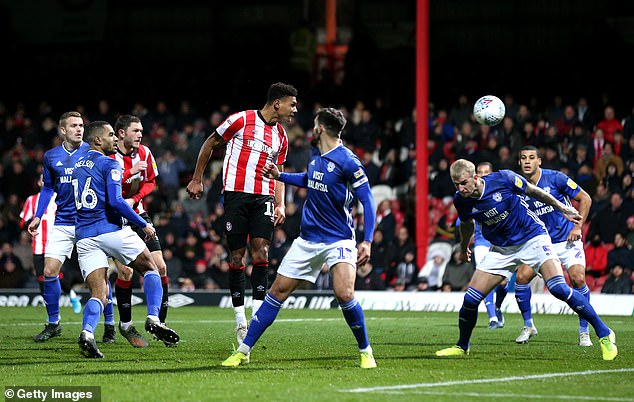 Starved of the ball, Cardiff had to show all the street smarts you’ve come to expect from a Neil Harris side, hanging in there and trying to punch on the counter.

They forced a couple of set-piece opportunities but created little of note before half-time.

There was a heart-in-mouth moment for Brentford when Lee Tomlin’s shot took a deflection and wrong-footed keeper David Raya only to sneak wide.

But for all their silky football, Brentford needed the cushion of a second goal. They didn’t have to wait long after the restart to get it.

Benrahma once again danced through the Cardiff defence and won a corner. It was cleared to Mbeumo wide on the right and his cross was glanced into the bottom corner by the head of Watkins, his 13th goal of a fine campaign.

Brentford scented blood and Benrahma was rampant going forward, curling in another shot that Etheridge had to push away.

Cardiff needed to push forward in pursuit of a way back, but Brentford were razor sharp on the breakaway, in one move momentarily having six versus three before Mbeumo couldn’t find the finish. 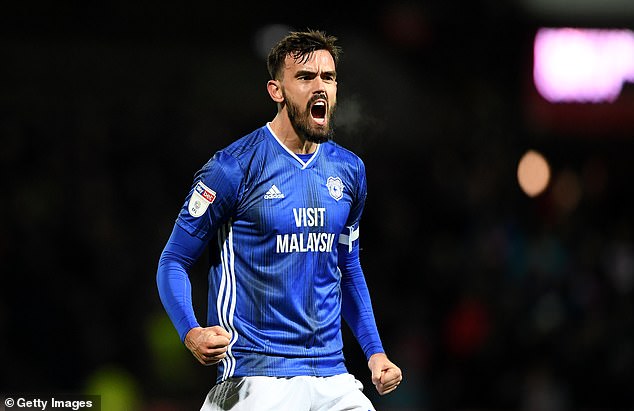 Jensen then crossed and Rico Henry prodded into the side-netting, an effort that had half the ground believing it’d gone in as the net rippled.

But there remained a Cardiff threat with the game becoming more open. Josh Murphy, a replacement for the injured Junior Hoilett early on, curled a shot that dropped just wide of the post.

And that lingering threat produced a goal with 25 minutes remaining. Cardiff won a free-kick when Tomlin was fouled by Christian Norgaard and it looked as though Tomlin would curl one towards goal.

Instead, he laid a square pass into Pack’s path some 25 yards out and the shot couldn’t have been more cleanly struck, finding a way through a crowded penalty area into the net.

From looking comfortable, Brentford were suddenly riding their luck. From a corner, there was a game of pinball inside their box before Danny Ward skewed wide.

In the final 10 minutes, Raya needed to get down sharply to keep out another Tomlin effort. And the forward forced Raya to touch another shot over the bar as Brentford grimly clung on.