THE SECRET SCOUT: Kyle Edwards has enough natural ability to be a West Brom first-team regular

THE SECRET SCOUT: Kyle Edwards has enough natural ability to be a West Brom first-team regular… but winger needs to have a better end product

Our scout is a top football expert who attends matches each week searching for the next star.

This week they give Sportsmail the low down on West Bromwich Albion winger Kyle Edwards, who is valued at £2million at the age of 21.

Here is why the youngster, who played a his part for the Championship high-flyers so far this season, has caught the eye…

I have seen this boy over a period of time, in an FA Youth Cup game away from home, a loan game while at Exeter and currently in the shadows of Slaven Bilic’s successful West Brom team.

West Brom have had a supply of promising youngsters and Edwards is a right-footed player who has settled well in his home-town side. I watched him a while ago on loan and he only seemed interested in embarrassing his immediate, ageing opponent with his trickery. Now he is emerging having learned that wide front men have to be positive and produce goals and/or assists.

Edwards has fair pace – swift if not electric – and controls the ball well on the run. At 5ft 8in he takes the ball comfortably and picks up speed straight away, but he needs to understand the need for combination play and using the ball quickly before the full-back gets set.

Here, at Championship level, he was able to ride challenges but seemed more aware than before of playing the simple pass inside when marked and continuing his run to make himself available for a return. He can cross well with his left foot and I saw him score a goal by selling a dummy to his opponent, chopping the ball on to his left foot and scoring with a cross-shot. 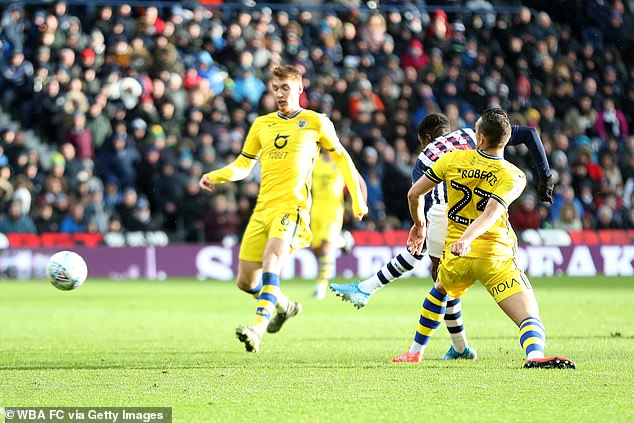 His concentration and awareness could be improved. Twice in the second half recently, he faced his left back and raced into the final third for a pass on the inside.

I would have liked him to attack his opponent – a fellow rookie – on the outside.

His work off the ball also needs tidying up. A poor challenge gave the opposition a cheap free-kick and earlier he had been caught napping when the opposition right back escaped him to score.

I think he has enough natural ability for Slaven to consider him for a permanent role. Currently he is semi-understudy to Grady Diangana, who is on loan from West Ham but recently he replaced him with 20 minutes left against Swansea and scored a fine goal, cutting on the inside.

With a better end product, he could mature and gain a regular place. 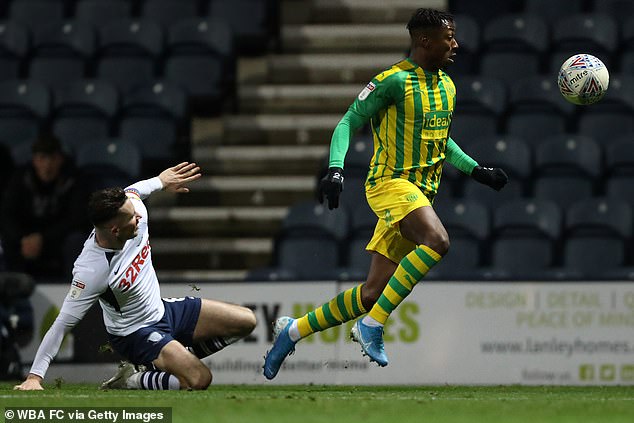