Derby will ‘strongly contest’ EFL’s charge over breach of spending regulations which could see the Championship club relegated to League One.

Phillip Cocu’s side are facing a 21-point deduction after being charged with breaking profit and sustainability (P&S) rules for the three-year period ending June 2018.

EFL rules state clubs can lose no more than £39million over a three-year cycle.

But Derby have released a statement disputing the charge as they said: ‘The club will strongly contest the challenge to the valuation of Pride Park stadium, as well as the newly notified charge in respect of intangible fixed asset amortisation.

‘As a matter of law, the EFL is not entitled to bring either of the charges, having previously agreed to all of the arrangements surrounding the stadium sale and never having raised the issue of player amortisation before. The Club shall argue that the very bringing of the Charges itself is unlawful.

‘No allegation has been raised to the contrary by the EFL. Rather, the EFL now claims that it made a “mistake.”’

The League’s case against Derby is understood to rest on the controversial sale of Pride Park, which was sold to a company controlled by the club’s owner Mel Morris for £80m two years ago and leased back the club. 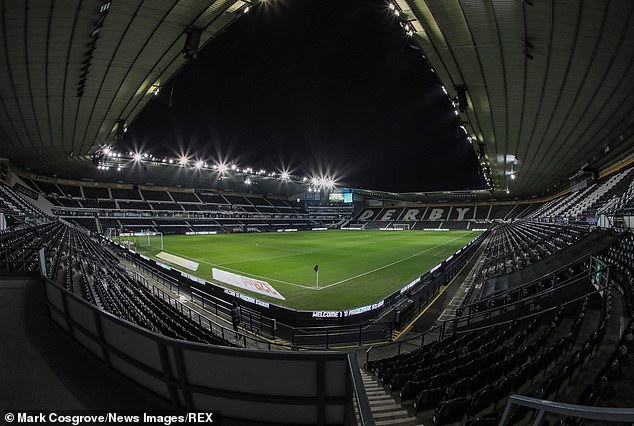 Following the sale, Derby recorded a pre-tax profit of £14.6m last April, which enabled them to comply with the P&S regulations.

The EFL launched an investigation into Derby’s valuation of Pride Park at the start of this season, as their rules state that any property sales and commercial deals included in club accounts must be at fair market rates.

Sportsmail have been told that the EFL’s independent valuation deemed Pride Park to be worth approximately £50m. They have therefore accused Derby of overvaluing the asset by £30m. The club stand by their valuation and insist they complied with the rules throughout, so the stage is set for a lengthy legal battle.

Derby’s case will be heard by a three-person independent panel, who have the power to impose a large fine and dock the club up to 21 points in line with the EFL’s fixed P&S tariffs, which were introduced three years ago.