ON THE ROAD: Fulham put the squeeze on Leeds to put dent in automatic promotion hopes

By Kieran Gill for the Football Frenzied Republishing

Considering the downpour that caused multiple postponements on Saturday, Marcelo Bielsa’s bucket might have come in handy if the River Thames had decided to flood Craven Cottage.

But before we discuss Bielsa and whether Leeds are in danger of another Premier League promotion-foiling Christmas collapse, On The Road has a confession to make.

We were originally planning on taking this feature to Ebbsfleet, to see how the non-League side are coping as they scrap for survival under new manager Kevin Watson.

Yet their game was postponed on Saturday morning, meaning the only shoulder-barging we might find in Kent would be among last-minute Christmas shoppers in nearby Bluewater.

We also considered visiting Jamie O’Hara’s Billericay, to see how they are getting on without madcap owner-manager, Glenn Tamplin, who left the club in September. Tamplin has since claimed he met God, who told him to ‘fulfil your purpose, son’, and bought Romford. Billericay players are enjoying the newfound calmness in Essex.

Yet their game was postponed, too. So off to Fulham we went, to figure out how such a talented squad were facing a fourth successive loss. Sat behind the press area was David Moyes, clutching a team sheet and appearing to take notes. Perhaps the out-of-work manager got wind of a potential vacancy.

The pressure was on Scott Parker. Fulham’s owners want promotion and they were facing a Leeds side who were unbeaten in their last 11 league games. A win for Leeds would have left them top of the tree for Christmas, owing to West Brom’s home draw with Brentford. Yet they tripped up. 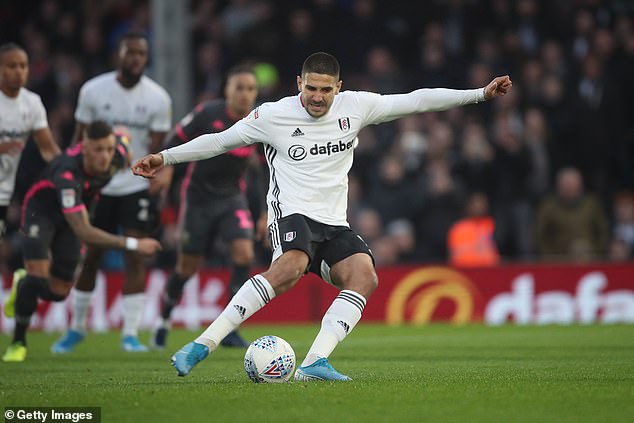 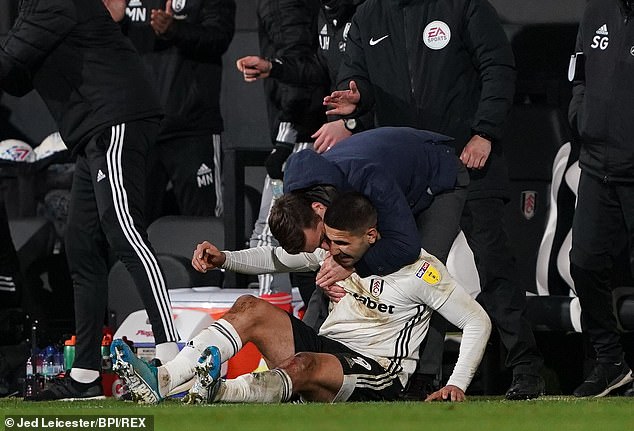 Fulham took the game to the visitors, Aleksandar Mitrovic won 50-50s like his Christmas dinner depended on it, and Leeds suffered a surprise loss. Parallels were immediately drawn to what happened at this stage of the season in 2018-19.

After beating Blackburn 3-2 on Boxing Day last year, Leeds were six points clear of third. They were unbeaten in seven and very much on their way to the Premier League.

Then they went on to win just two of their next seven and, despite spending 105 days atop the Championship, missed out on reaching the land of untold riches. So after letting a 3-0 lead slip to draw 3-3 against 10-man Cardiff last week, and losing their unbeaten run here, Bielsa was asked for his thoughts.

Using his translator to relay those thoughts sentence by sentence, he suggested it is a load of nonsense to think they might suffer Christmas blues all over again.

‘I don’t link performances with dates,’ he said.

The man with the bucket used the word ‘important’ six times in his answer, explaining how his players should realise the significance of dropping points. That sounded more like a coach who is concerned about deja vu, of missing out on the big reward. 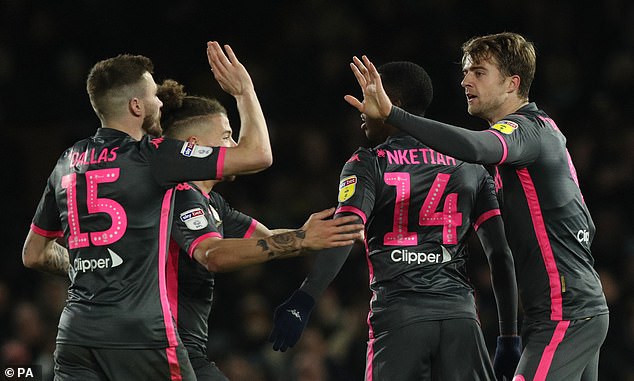 Just after the break, Patrick Bamford converted an equalising goal for high-flying Leeds 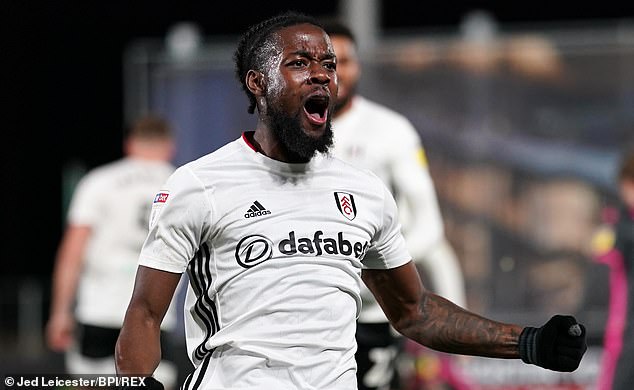 This win lifted Fulham to third on Saturday night — though they slipped to fourth after Sheffield Wednesday’s victory — and favourable fixtures follow against Luton and Stoke.

It should come as no surprise that Mitrovic remains their talisman. He buried his seventh-minute penalty — a soft decision by referee Tim Robinson — before ex-Spurs player Josh Onomah sealed the win for Fulham.

Parker was quirky in his post-match analysis, claiming he didn’t want his team to score a third. He wanted Onomah, 22, to finish as the match-winner. That he did.

Leeds will try to avoid reading too much into this defeat, but you wonder if Bielsa fears a visit from the Ghost of Christmas Past this week. They blew a six-point lead at this stage last season. Now eight points ahead, surely not again?