‘Junior Hoilett your head is made of concrete… all good though no fracture’: Joe Bennett shows off gruesome head injury after accidental collision with Cardiff City team-mate in win over Sheffield Wednesday

The Bluebirds full-back took to social media to update supporters on his condition after Neil Harris’ men edged past Sheffield Wednesday at Hillsborough.

Bennett had been taken off on a stretcher after the sickening clash of heads, although goal scorer Hoilett was able to carry on.

Bennett posted a photo of his head online, which was heavily bandaged following the incident, alongside the caption: ‘Junior Hoilett your head is made of concrete… all good though, no fracture. Great result from the boys.’

The two Cardiff stars were left stricken on the turf after challenging for the same aerial ball in the first half, before a lengthy stoppage ensued to allow both players to receive treatment.

Both teams’ medical staffs were quick to race on to the field of play and examine the crocked duo on the 35 minute mark. 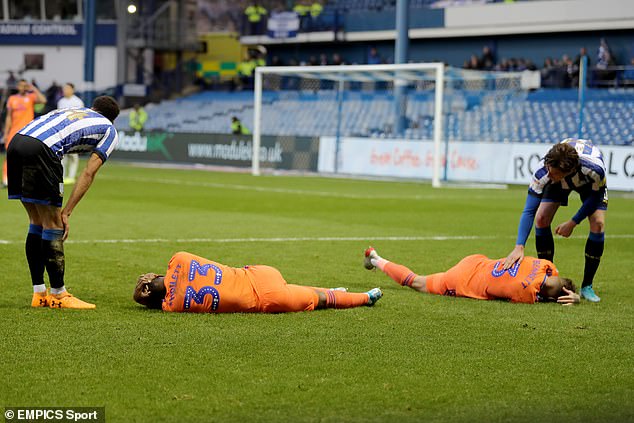 Wednesday had been condemned to their first defeat at home in the league since Garry Monk was named as manager in early September.

Robert Glatzel and Hoilett were on target for the visitors, and despite Tom Lees reducing the arrears Cardiff held firm to secure all three points.

‘The goals we scored were after some excellent play, the second one in particular was top level football and it was really good.

‘We then had to deal with the adversity of two players coming off. We put Sol (Bamba) on, changed our shape and looked a lot more solid. I thought we deserved to see the game out as comfortably as we did in the end.’ 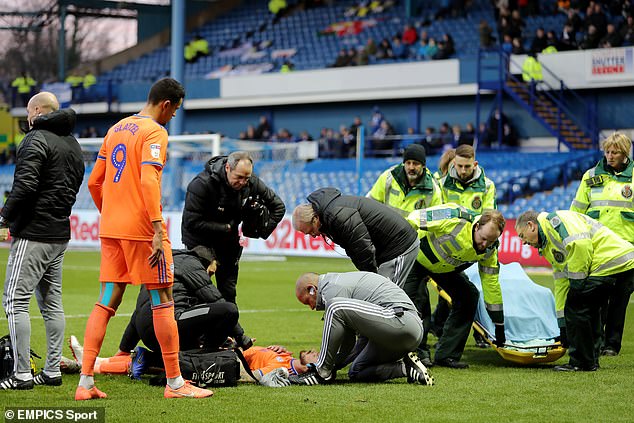 There is plenty of choice on Bet365 TV, but the bookies’ website has no soul