‘He sent me a message saying how happy he is for me’: Chelsea loanee Conor Gallagher reveals inspiring texts from Frank Lampard as youngster looks to follow in Mason Mount’s footsteps

There has never been a better time for Chelsea youngsters to seize their moment at Stamford Bridge, with Frank Lampard putting his faith in youth.

And Conor Gallagher’s moment could soon be on the horizon, after receiving praise from his manager while on loan at Charlton.

The 19-year-old is looking to emulate Tammy Abraham and Mason Mount by breaking into the first-team picture at Chelsea, but for now he is gaining experience in the Championship with the Addicks – becoming a key man under Lee Bowyer. 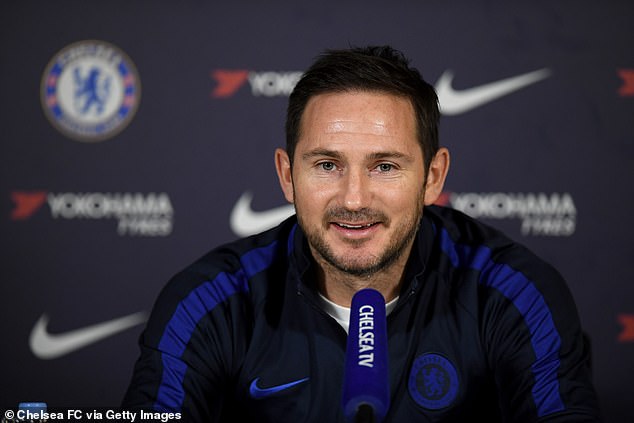 A box-to-box midfielder, Gallagher’s dangerous runs are proving menacing for his opposition this season and he has caught the eye with six goals from the middle of the park – some comparing him to Blues legend Lampard.

His performances aren’t just earning rave reviews from supporters, as Lampard himself has taken time out to congratulate the star on his progress – urging him to keep up the good work.

‘He sent me a message saying how happy he is for me, that my work at Charlton isn’t going unnoticed and everyone is talking about me,’ Gallagher told the Sun.

Gallagher has a close relationship with Mount – another Chelsea star who is making a big impression this season. 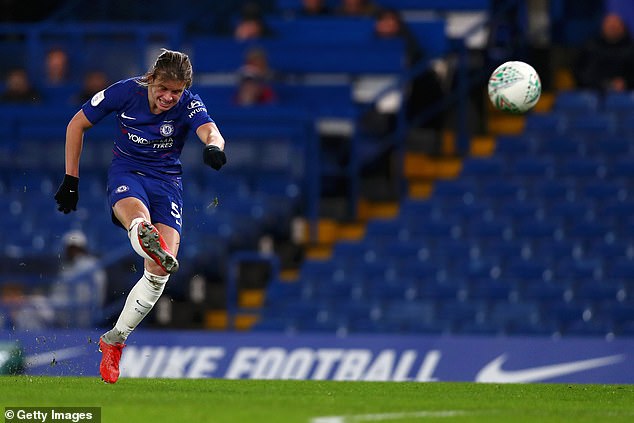 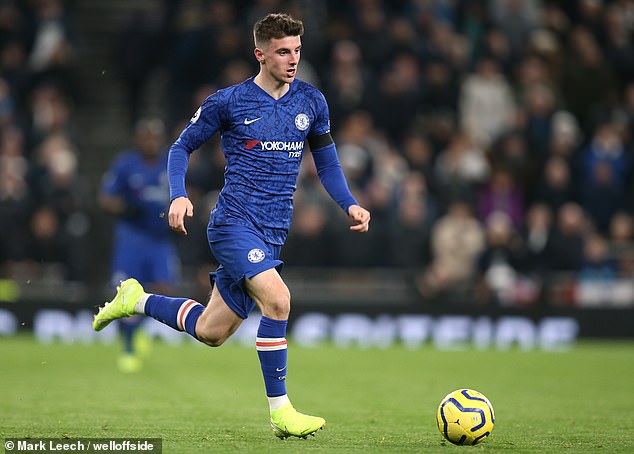 The 19-year-old looks up to his friend Mason Mount, who has seized his opportunity at Chelsea

After some electric displays playing under Lampard at Derby last season, he has been brought back to Chelsea and become a key figure with the first team – scoring five goals and bringing a huge attacking threat to the team.

Gallagher has been encouraged by his friend’s progress at the Bridge and gives him the belief he too can become a big name for Chelsea’s first team.

‘That’s what has given me the amount of belief I have,’ he added. ‘If I carry on doing well, there is a good chance I can carry on next season playing for Chelsea.

‘That isn’t going to be easy but I’ve got to keep doing what I’m doing this season and see what they say. When Derby were on TV last season, I’d always watch them. 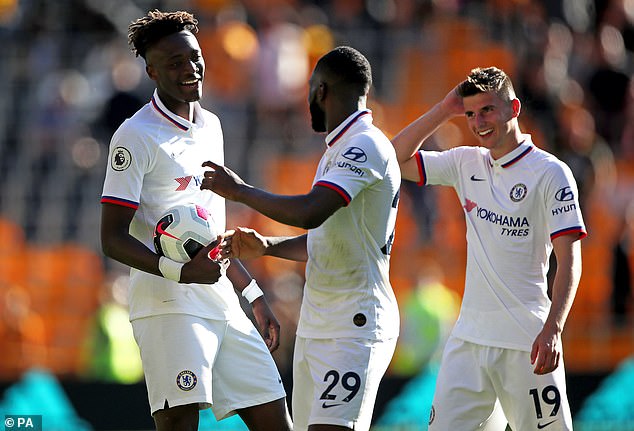 Gallagher is inspired by youth flourishing at Chelsea, including centre-back Fikayo Tomori (c)

‘Mason, who is a mate of mine as well, plays in a similar position to me, so I’ve watched him a lot. It’s nice to see he’s doing well and someone I can look up to.’

A number of youth players have been enjoying runs in the Chelsea first team this season, with Reece James, Fikayo Tomori and Callum Hudson-Odoi some other names who have won Lampard’s trust.

Gallagher joined Chelsea from the age of 8 and has represented England at various youth levels. This summer he committed his future to the club with a new three-year deal before making his first loan move to Charlton.