‘There will be no talk of it because we want to respect Aberdeen’: Steven Gerrard says Rangers are not thinking about this weekend’s cup final with Celtic ahead of ‘tough’ trip to Pittodrie

Steven Gerrard has banned talk of Sunday’s Betfred Cup final as he urged his Rangers squad to give Aberdeen their sole focus on Wednesday night.

Gers are looking to bring their eight-year hunt for a major trophy to an end when they take on Celtic at Hampden on Sunday.

However, with the Light Blues also level with their rivals at the top of the Ladbrokes Premiership, the Ibrox boss does not want his side risking a slip-up at Pittodrie.

He said: ‘We’re fully focused on Aberdeen and the challenge they pose. It will be a tough game up at Pittodrie.

‘Certainly going up there during my time here we’ve had some good challenges and battles so I expect the same.

‘It’s 100 per cent focus on this game and we’ll worry about Sunday come Thursday.

‘I am pleased we’ve got a game, though. For someone who’s been around finals sometimes you can have a week lead-in or even longer and that can be too long.

‘I think it will actually help that we’ve got a focus and a challenge in front of us.

‘Aberdeen have turned a corner in terms of their form and the atmosphere is always interesting up there. But for the players, this is the game they have got to enjoy. 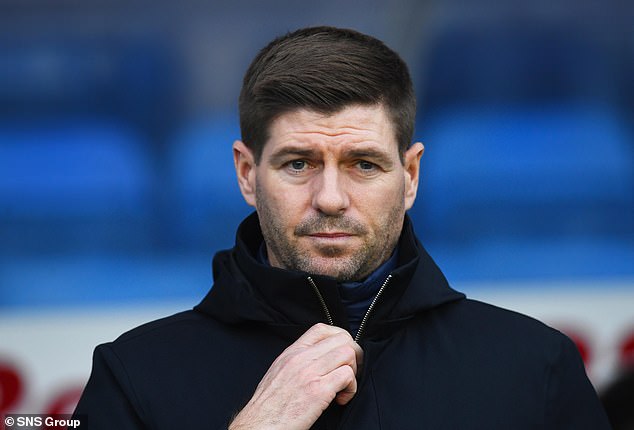 ‘When you are a player you love playing but you may not necessarily love the everyday training bit and the long lead weeks to wait for an occasion to come around.

‘Wednesday’s fixture certainly takes the focus away (from Sunday). It’s an important three points for us.

‘I’m sure the final will hit us quickly after the Aberdeen game, but there will be no talk of the final because we want to give Aberdeen the respect they deserve.’

Gerrard was coy on whether he would give key men like Alfredo Morelos the night off in order to keep him fresh for Sunday.

He made it clear to those who do start that they have the chance to secure their place in his plans for the weekend with a big display against the Reds.

‘That’s the message in all the games. I’m always saying that when you represent this club, you have to do everything you can to stay in the team. 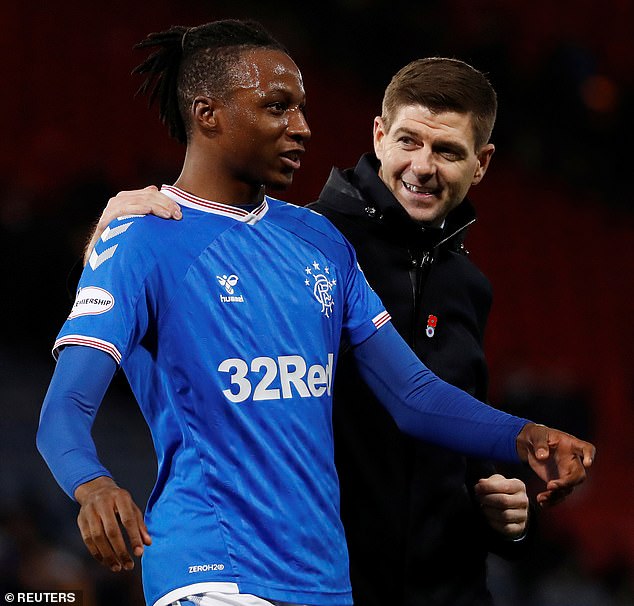 ‘That magnifies it a bit with the game at the weekend but the players have only got to focus on the job I’m asking them to do against Aberdeen.

‘It’s not wise to think about the weekend. We need to go full-throttle from the kick-off and do everything we can over the 90 minutes, but you’ll find out my team at 6.15pm tomorrow.’

Gers are unbeaten away from home this season despite facing some tough trips at home and abroad already this term.

Gerrard is confident his team will take their latest road trip in their stride – but he does want to risk a suspension scare. 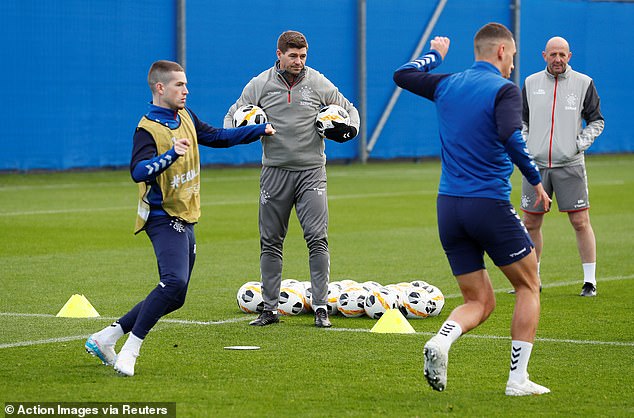 Two of the five red cards Morelos was shown last season came at Pittodrie – although one was later rescinded – and the boss said: ‘We’ve been giving a message to the players since the issues we had last year.

‘You can’t take a competitive edge away from a player. We want them to compete and to be up for it, but you have to be disciplined as well and do it in the right manner. That’s all we ask.

‘We’ve got to thrive and embrace the atmosphere at Pittodrie.

‘We’ve faced some real big challenges this year when you think of Feyenoord and Legia Warsaw away. I don’t think any of my players will be shying away or intimidated by the atmosphere up there.’