QPR 5-1 Swansea: Rangers sink Swans with impressive victory to ease them into the FA Cup 4th round

QPR 5-1 Swansea: Rangers sink the Swans with impressive victory to ease them into the FA Cup fourth round

By Hector Nunns For The Football Frenzied Republishing

The 27-year-old striker, on loan from West Ham, was at Port Vale when he last got on the scoresheet in the famous old competition.

But a double before half-time helped fire QPR into tonight’s fourth-round draw, and manager Mark Warburton to a first ever FA Cup win. 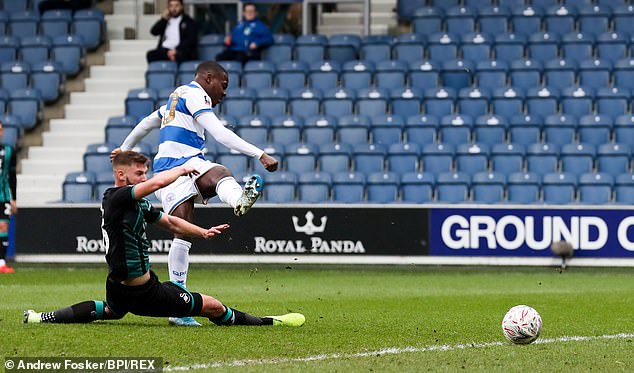 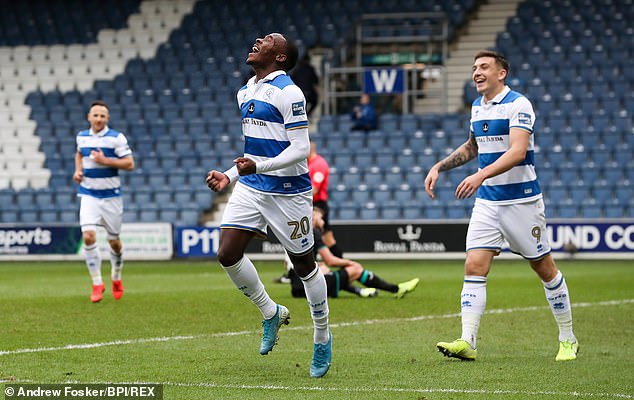 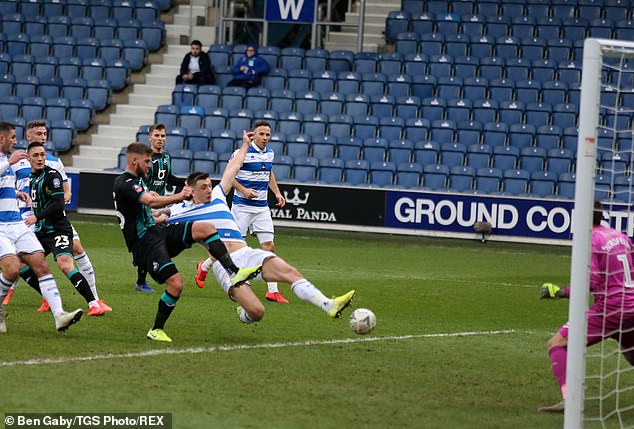 Swansea boss Steve Cooper made 10 changes with promotion from the Championship and a derby next week against Cardiff on his mind.

And in truth this tie was decided the moment the Swans’ team-sheet appeared.

A superb volley and a tap-in from Hugill, his first goals for nine games, plus a strike from Bright Osayi-Samuel made it 3-0 at half-time.

And after George Byers briefly gave Swansea hope, Lee Wallace – with his first for the club – and Josh Scowen joined an in-house goal of the season battle with two more great strikes.

Warburton said: ‘I am a Spurs man through and through – so Tottenham at the new stadium in the draw now would do for me on Monday night.

‘There were some great goals today, volleys flying in from everywhere. But I think my favourite was Lee Wallace. 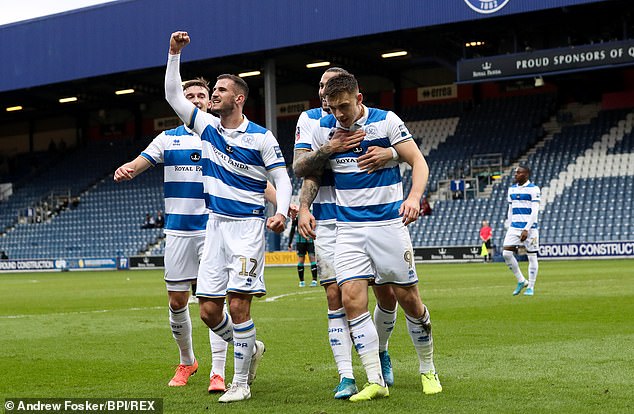 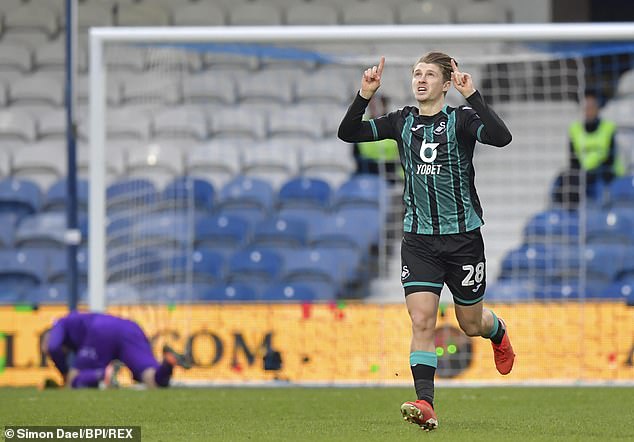 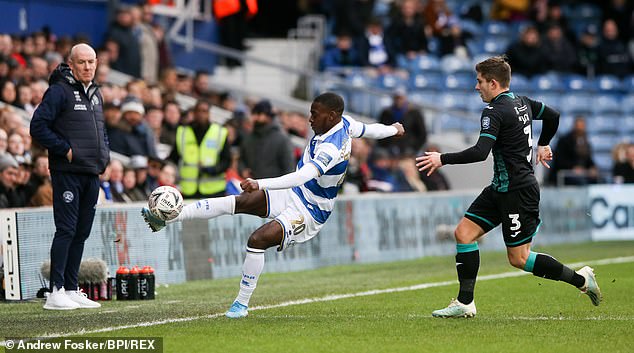 ‘A volley with his right foot is like seeing Halley’s Comet or Lord Lucan riding Sheargar – and it may never happen again.

Man of the match: Jordan Hugill.

‘Jordan and Nahki Wells were both scoring for fun together, then they both stopped scoring together. As strikers you get tough periods and hot streaks.’

Cooper was defiant over his selection after a miserable first taste of FA Cup football as a boss.

He said: ‘I am not happy with the performance and I regret the result, but that was an experienced team I thought would try – and was capable of playing better, and winning.

‘I don’t think some of our boys who played over Christmas could have gone again today. It is a bit crazy, the schedule, you are asking a lot.

‘But today was self-inflicted, every goal we could have done better. If you are not willing to play with bit of heart and soul, you can get run over.

‘Players had a chance to stake a claim today. That wasn’t us. Not often have I questioned attitude, but I am today. We will get criticism, me included, and I am fuming. I can’t accept not trying.’

Rangers took the lead after 21 minutes. Todd Kane crossed from the right, and Hugill expertly caught the ball on his chest before volleying in from 20 yards.

And on half-time Hugill grabbed his second from an Ilias Chair free-kick.

Cooper made a triple change – and substitute George Byers pulled a goal back on the hour.

But Rangers made sure of a safe passage with another sumptuous volley after 76 minutes, this time from left-back Wallace from the edge of the area. And Scowen completed the rout in style. 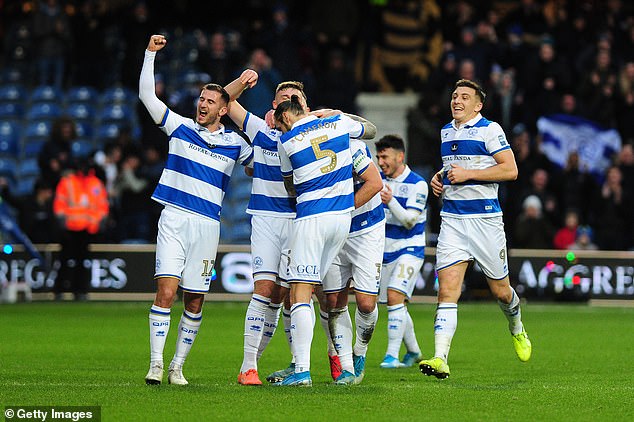 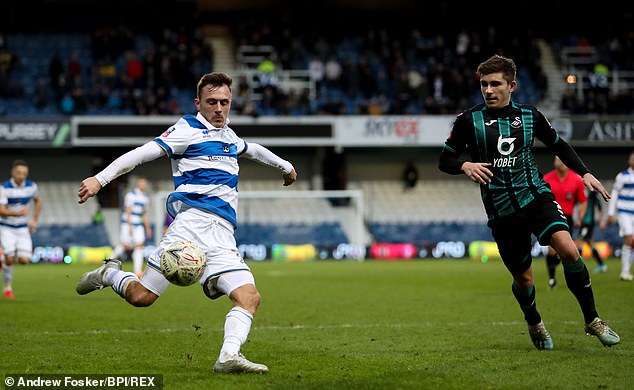