Weekend at McBurnie’s! Sheffield United striker enjoys a memorable 48 hours as he’s spotted making a VERY rude gesture while watching former side Swansea draw with Cardiff from the stands after scoring the winner against West Ham on Friday

By Nathan Salt For The Football Frenzied Republishing

As much as he tried to blend in, pulling a bucket hat down over his eyes, there was no chance of Oli McBurnie escaping the cameras.

There he was, the 23-year-old striker, now of Sheffield United, goading Cardiff supporters on the other side of the security barrier. It did not take him long to become a trend on Twitter.

The offensive gesture was not a good look for his new club but will have ensured cult hero status in the fanbase he used to represent because, while players come and go, loyalties like these never change. 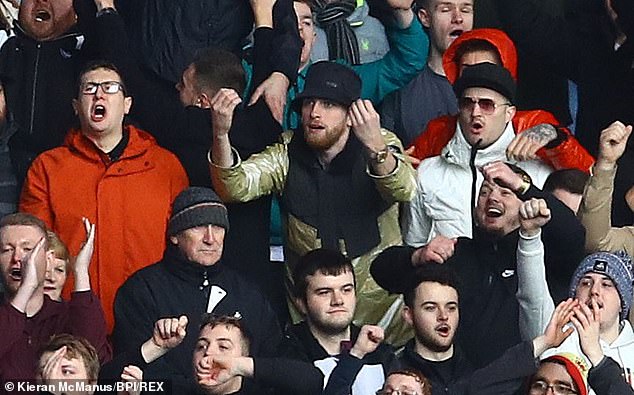 The Sheffield United striker, formerly of Swansea, was seen making an offensive gesture 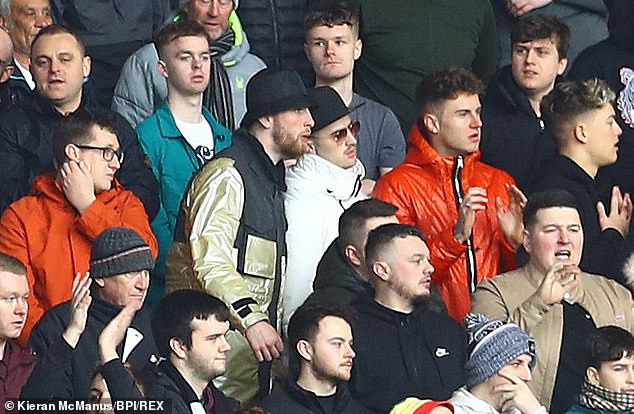 The tribalism this rivalry stirs up is unlike many other derbies around.

McBurnie left in the summer for £20million after an impressive campaign leading the line under Graham Potter. His exit brought frustration but here he was, in among the fans and seemingly with no worries that his offensive gesture would be captured by the television cameras in town for the season’s second helping of this clash.

His face — and gesture — quickly took over social media as the game fizzled out into a forgettable 0-0. McBurnie’s actions will not be overlooked quite so quickly.

It proved ironic that a gaggle of Cardiff fans brought balaclavas and a variety of masks to protest against the use of facial recognition software by police for only the third game ever in Wales. McBurnie had no such concerns, it seems. 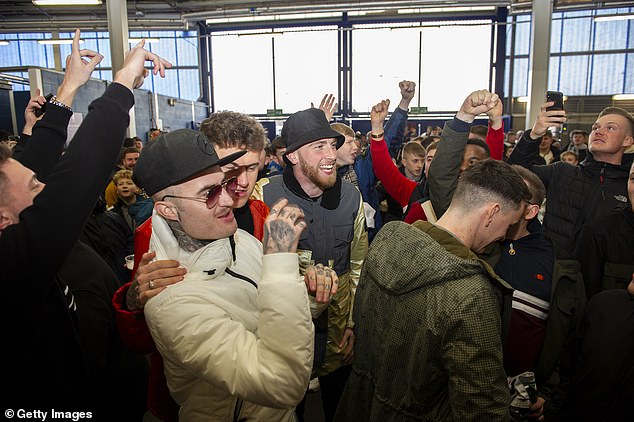 There was a military style feel to the police’s derby operation. Armed officers stood close to the players’ entrance before circling as it got closer to kick-off. As this was a ‘bubble match’, McBurnie and the rest of Swansea’s fans arrived on coaches which left from the Liberty Stadium.

It is all designed to keep the two sets of supporters far apart. Gone are the days of the notorious Cardiff Soul Crew firm that caused trouble in the 1980s. It may never again rival the infamous ‘Battle of Ninian Park’ in 1993, one of the lowest points in the derby’s 108-year history. These days it is closer to a battle on social media.

But some things never change. The hatred for each other. The goading. As the Swansea team bus pulled up, the door opened and, at first, no one got out. 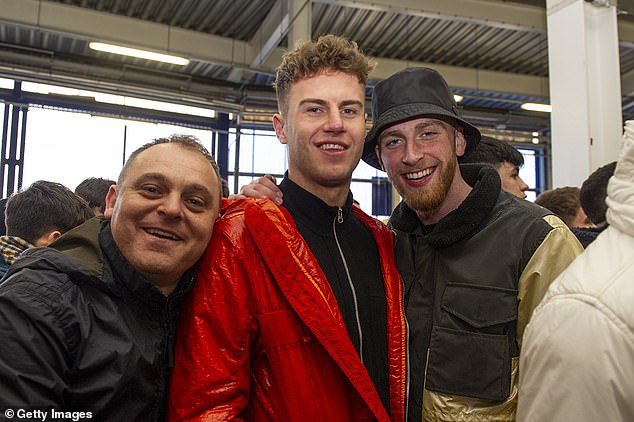 The Cardiff fans waited before the boos rang out and chants of ‘Swansea slums’ and ‘dirty rats’ were spat towards ‘them lot’ as they were referred to. There were plenty who could not stomach even calling Swansea by their name.

The build-up passed largely without incident and, despite odd flashes and McBurnie livening it up, over 90 minutes, so did the match as it finished scoreless.

Rhian Brewster, making his Swansea debut after joining on loan from Liverpool, was the pantomime villain for home fans as he was thrown into the lion’s den by boss Steve Cooper. It would not have taken him long to sense just how much winning means to both sets of fans. 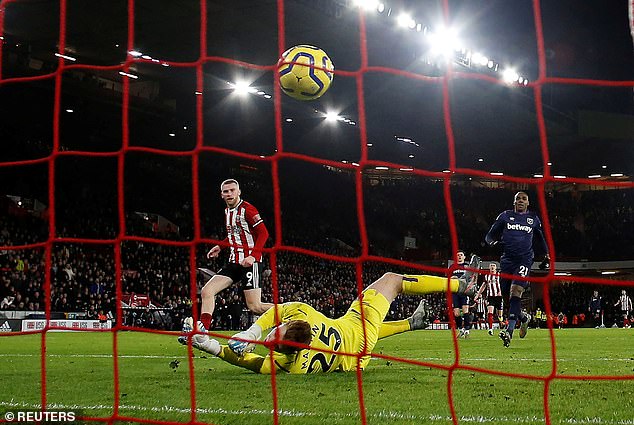 Cardiff boss Neil Harris reflected on a ‘blood and thunder’ afternoon. There was a 20-man shoving match midway through the first half when Ben Cabango’s elbow clipped Cardiff striker Robert Glatzel. Both were booked. In the end, six cautions were dished out.

But that was where the aggression subsided as the game failed to catch fire, Swansea missing the chance to become the first side in this fixture’s history to record a derby double in a single season.

How they could have done with McBurnie back out there in white and black, with the Swansea crest on his chest, goading Cardiff in celebration, rather than as a fan.