Paris Saint-Germain have tied defender Marquinhos down to a new four-and-a-half-year contract.

That means the Brazilian international will stay with the French champions until 2024, which is a two-year increase on his current deal.

It will come as a huge boost to the Parisians, who have won five Ligue 1 titles since Marquinhos joined the club from Roma in 2013.

He is a respected figure in the dressing room and is the current vice-captain, behind compatriot Thiago Silva.

PSG hailed the defender as he penned the new deal, referring to the 25-year-old as ‘one of the most successful players in the history of Paris Saint-Germain’.

Marquinhos said: ‘Paris and PSG have every argument for me to stay here and extend my contract.

‘It’s an ambitious club that still wants to do great things, making football and club history. 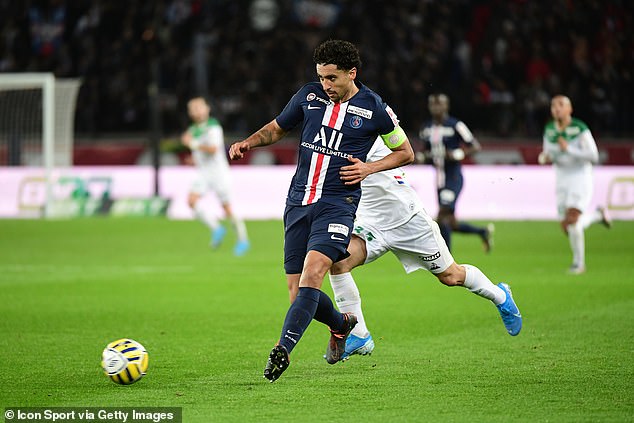 ‘Then there’s the city side, the family side. My family is really very, very good here.

‘I really feel at home here, I’ve got everything I need right here, and so that’s why the choice is quick.

‘This is the seventh season. Six-and-a-half years since I signed, I look back and see how much PSG and I have accomplished.

‘We’ve done great things. I think it’s really a very special club. We just have to keep living this beautiful story together.’

You were the future once! Jose Mourinho relishes being the underdog but Jurgen Klopp is king