Ndidi has been crucial to Leicester’s fortunes this season and the influential Nigerian leads the Premier League in both tackles and interceptions.

‘Wilf took a knock in training, which unfortunately means he might need a slight operation,’ Rodgers said when explaining why he missed Wednesday’s 1-1 draw with Aston Villa in the first leg of their League Cup semi-final. 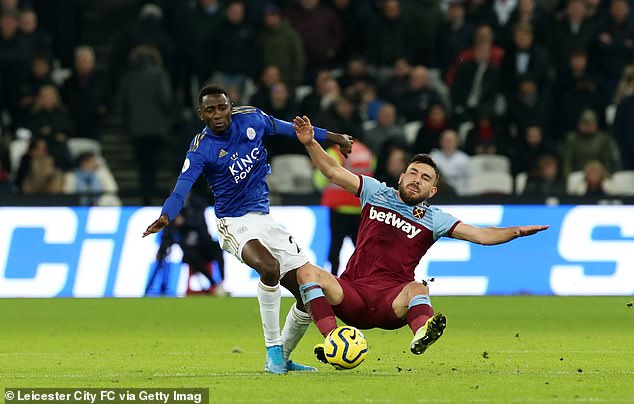 ‘It was just unfortunate, he nicked his meniscus just changing direction. You’re looking at around three or four weeks (out), so he’ll probably miss most of January and early February, and then he will be back by then.’

Rodgers deployed Youri Tielemans in Ndidi’s position before bringing on Hamza Choudhury in the second half and the latter made the crucial interception that allowed Kelechi Iheanacho to grab an equaliser.

‘Hamza Choudhury made a huge difference,’ Rodgers added. ‘It’s my fault that I didn’t start him tonight. 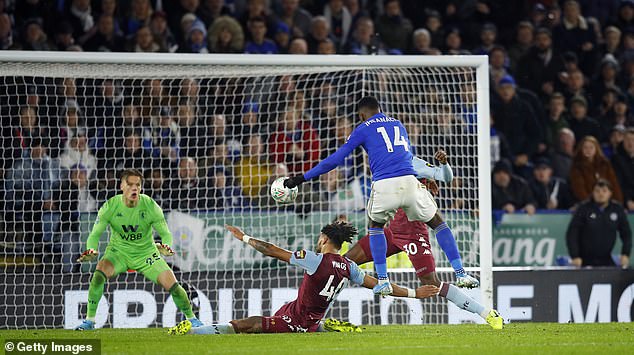 ‘We could see that we needed him and he gave us our identity back.’

Leicester, second in the standings, resume their league campaign on Saturday when they host Southampton – a team they beat 9-0 in the reverse fixture in October.

They trail runaway leaders Liverpool by 13 points and the Reds also have a game in hand.