By Ross Heppenstall For The Mail On Sunday

Garry Monk made his latest Leeds return aiming to make a point but ended up with all three after dramatic late goals from Jacob Murphy and Atdhe Nuhiu sealed a famous victory.

Monk has never been forgiven by Leeds fans for walking out on them in May 2017 after just one season, so the abuse was predictable.

The Sheffield Wednesday boss had the last laugh after Murphy fired home in the 87th minute before substitute Nuhiu claimed a second in added time. 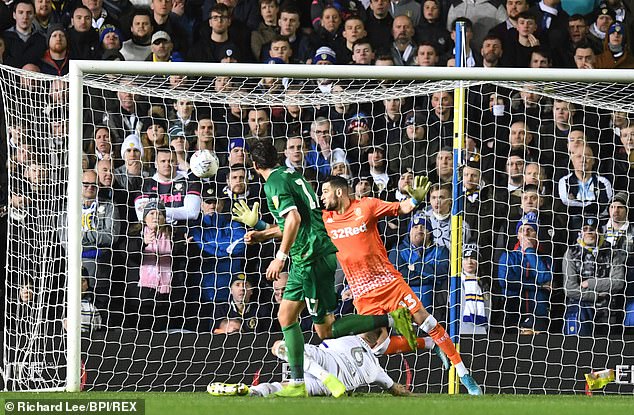 In second half injury time, Atdhe Nuhiu scored the goal which sealed the win for Wednesday 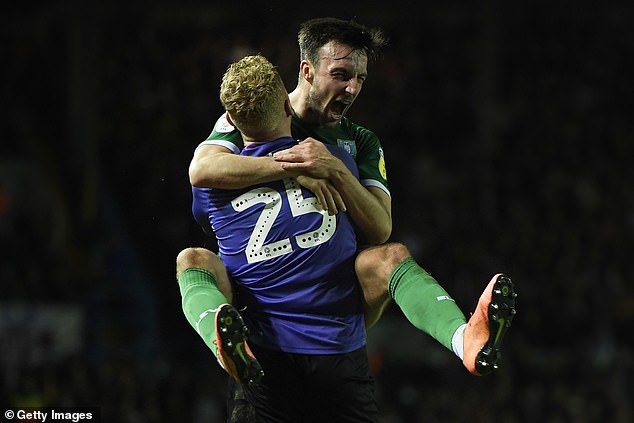 That left a disbelieving Elland Road crowd stunned into silence.

Monk has now racked up three wins in four unbeaten games against Marcelo Bielsa after doing the double over Leeds with Birmingham last season. Wednesday climbed back into the play-off places and Monk said: ‘If there are clubs that you manage to get successive results against, that’s down to the game-plan.

‘When you play with real heart, you can do well and I thought we were good value for the win, especially in the second half. We were clinical with the chances that came our way in what was a really difficult atmosphere.’

Monk denied the victory was made all the sweeter given the vitriol that rained down on him.

‘It doesn’t matter who I’m playing, I want to win every single game,’ he added. ‘I did that as a player and I’ll do that as a manager. If you want to win with whatever club you represent you have to give everything.

‘You have to want to win for that club and I think that showed in our performance today.’

More than 2,500 delirious Wednesday followers roared their approval and their chant of ‘Leeds are falling apart’ evoked bad memories of this time last year for United fans. 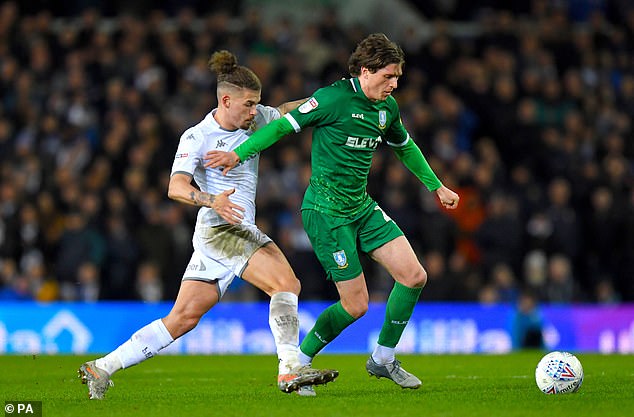 With Eddie Nketiah having returned to Arsenal after his season-long loan was cut short, Patrick Bamford is Leeds’ only senior striker.

Bielsa, whose side were replaced at the Championship summit by West Brom, have now won just one of their past six league games.

The Argentine said: ‘It’s true, we have seen this situation before. We have to learn, if we have some weak points in our performance, to still transform a low performance into a result. If we don’t get what we’re looking for it’s like a sense of doubt around the team. When things go well, everyone is positive, but when they don’t everyone is afraid. 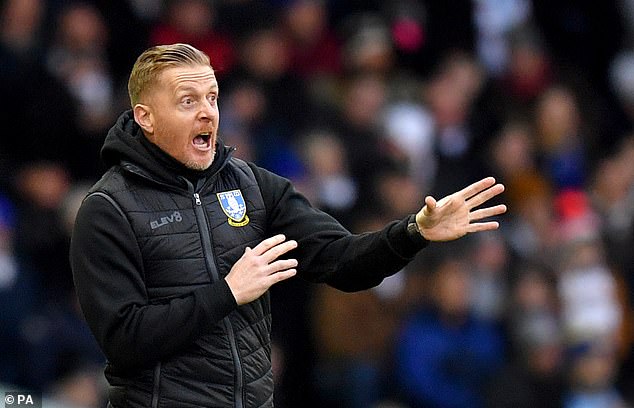 ‘Nketiah is no longer with us and there’s an empty space, but this situation is not linked with the result here today.’

Leeds went close through Jack Harrison and Bamford had a goal disallowed for offside, but Wednesday grew in confidence.

Bamford fired over early in the second half and Sam Winnall failed to hit the target when well placed.

Wednesday then struck in deadly fashion when Nuhiu played in Murphy and he showed an assured touch to drill the ball low past Kiko Casilla, who could have done better.

Then Adam Reach had all the time in the world to pick out Nuhiu.The giant Kosovan lashed a superb left-foot shot past Casilla from 12 yards. 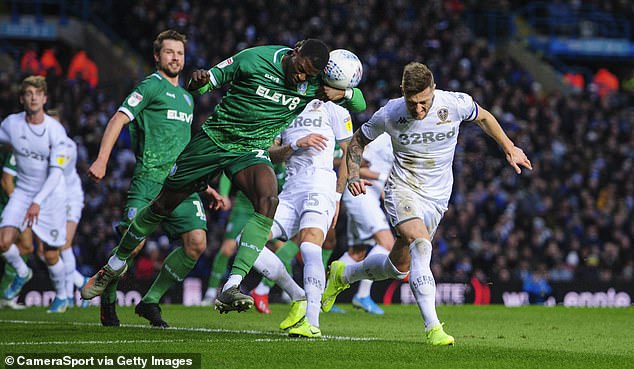