Lazio recorded a club record 10th consecutive Serie A victory by beating Napoli 1-0 at the Stadio Olimpico on Saturday thanks to a late howler by visiting goalkeeper David Ospina.

Colombian international Ospina was caught in possession inside his own box after 82 minutes, allowing Ciro Immobile to curl in his 20th league goal of the season.

Gennaro Gattuso’s Napoli had come close to scoring as Piotr Zielinski hit the post and Lorenzo Insigne was denied three times by Lazio goalkeeper Thomas Strakosha. But the coach was instead consigned to his third defeat in four games in charge. 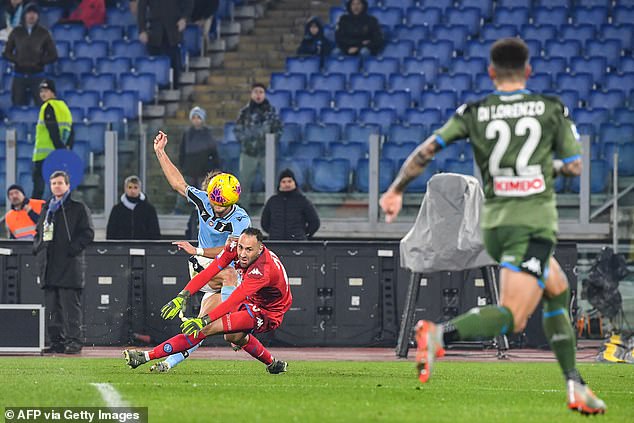 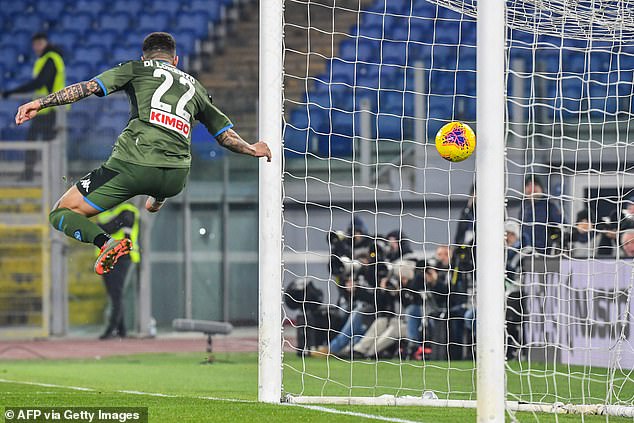 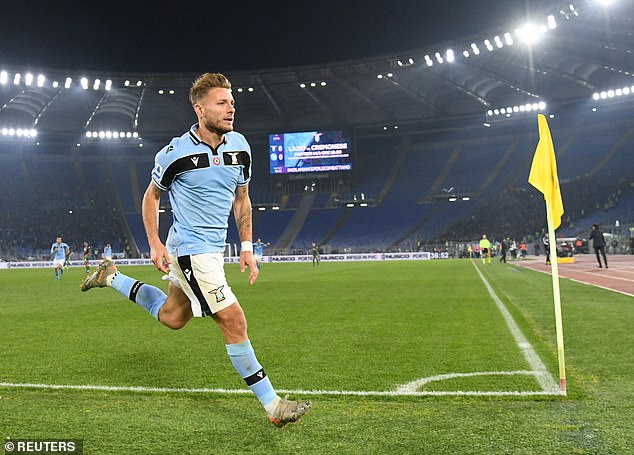 🙈 What is Ospina doing?

⚽ Ciro Immobile puts Lazio in front, in spite of Di Lorenzo’s efforts to keep it out, but it was a nightmare moment from the Napoli keeper

Lazio are third in the standings with 42 points from 18 games, four behind Inter Milan and three behind Juventus, while struggling Napoli dropped to 10th place on 24 points.

‘We started the season by dropping a few points in Serie A and the Europa League, but we were playing our game and doing what we asked in training,’ Lazio coach Simone Inzaghi told Sky Sport Italia.

‘We all believed in what we were doing and thought the results would come.

‘I didn’t think we’d win 10 in a row, but I saw good things. I’ve been complimenting my players for the last three months and telling them to focus on the next match, so I won’t change the message now.’

Despite their superb form, Lazio went into the fixture with history against them, having lost their last five Serie A meetings with Napoli and their last six home meetings with the visitors.

An Insigne curling free-kick was tipped over by Strakosha, but Lazio finished the first half on the front foot as Sergej Milinkovic-Savic saw two efforts denied by Ospina. 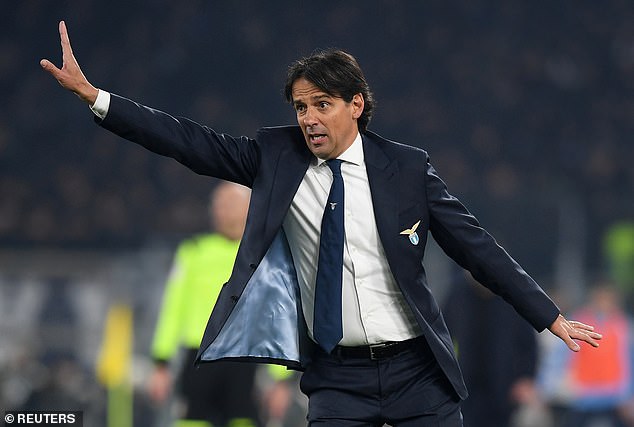 Napoli looked the stronger side after the break as Zielinski curled a shot off the foot of the far post, before Insigne’s low drive was well parried by the alert Strakosha.

Disaster struck for the visitors with eight minutes remaining when Immobile nicked the ball off the hesitant Ospina and fired in. Coach Gattuso defended his player, however.

‘I did ask the team to play out from the back and use the goalkeeper as an extra pair of feet, so I cannot complain about that. It’s a risk and these things can happen,’ he told Sky Sport Italia.

‘I can’t get angry with Ospina, because he did what I asked. I get angry if he just hoofs it into the stands.’

The goal saw Immobile draw level with Bruno Giordano as Lazio’s joint-fourth top scorer of all time, with 108 strikes for the club.

There were late chances at both ends as Immobile’s fierce shot stung the palms of Ospina, before an Insigne volley was well saved by Strakosha.