By Jack Gaughan for the Football Frenzied Republishing

Kevin De Bruyne revealed that City had barely worked on the plan, with a short training session laying the foundations for a first-half demolition at Old Trafford in the Carabao Cup.

‘We did 15 minutes on the morning of the game. That’s about it,’ De Bruyne said. ‘We’ve done it a couple of times before against teams who prefer to play man-against-man. Cardiff, United, and Barcelona in (Guardiola’s) first year.’

Guardiola left both Sergio Aguero and Gabriel Jesus on the bench for only the second time in 13 months and the move had devastating consequences for United, who must reverse a two-goal deficit if they are to make March’s Wembley final.

‘The players we have on the pitch are quite smart,’ he said. ‘So they can adapt to different situations. It’s a quality we have, being able to adapt.’ 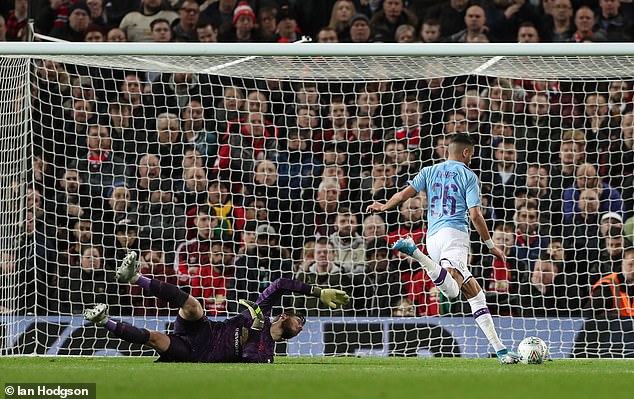 The German is not giving United a prayer for the second leg on January 29 if City turn on the style again. ‘If we play similar then I don’t think they will have any chance,’ he said. ‘Obviously we were hurting (after last month’s league defeat by United). You can lose against this United side. They are still a great club, great team with great players, and have the quality to beat everyone.’

De Bruyne has been City’s most consistent performer this season and was given three days off last week to rest. Mindful of the hectic schedule, Guardiola was worried about the fitness of some key players.

The City boss told De Bruyne, Rodri and Fernandinho to stay away from training after they played the majority of games this term.

The trio were not included in the squad that beat Port Vale in the FA Cup last Saturday. 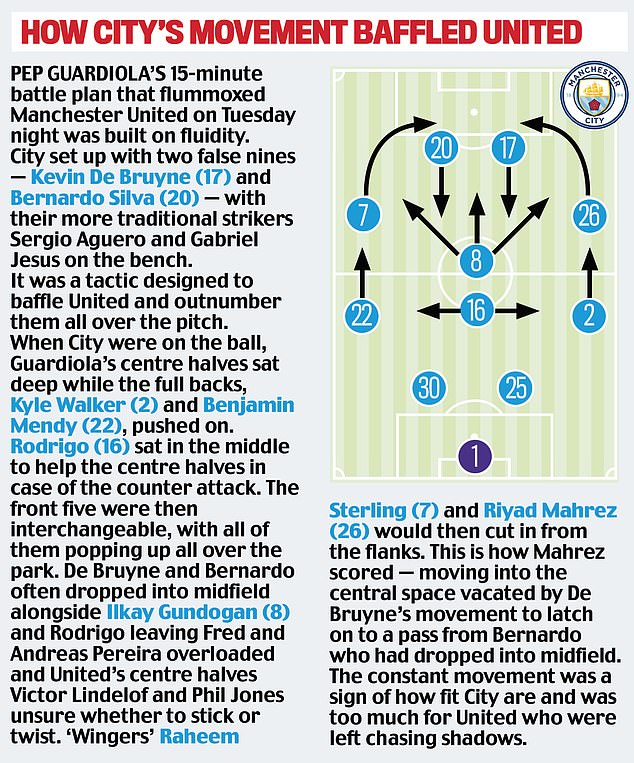 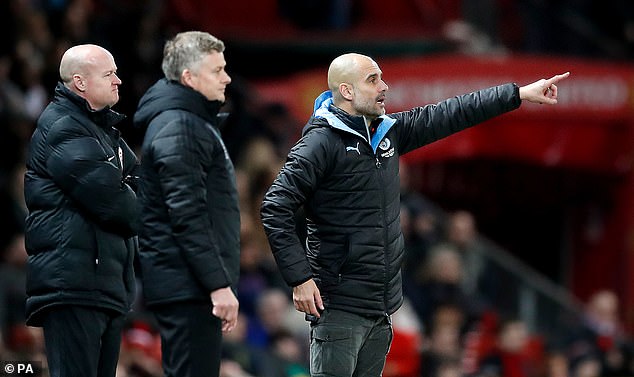 Guardiola is aware of the ‘red zone’ that players can enter when they are most at risk of picking up injuries. He shortened training weeks by a day before the 2018 World Cup to lessen the prospect of his players returning burnt out before they defended their Premier League title.

‘The team are a little bit tired,’ Guardiola said on Tuesday. ‘We’ve dropped points in the league but we demand a lot. The schedule is crazy. The problem is we don’t have time to recover. I don’t have a private life. Imagine the players.’

Fernandinho is on his way to triggering a new one-year contract. Sportsmail understands the veteran must appear in 60 per cent of City’s matches in order to automatically extend his deal and has played in 23 of this year’s 33 matches so far.

Fernandinho, 34, wants to remain at the club next season. Irrespective of clauses, his agent is due in Manchester for talks over terms next month.