Juventus fans have taken the reins at the Allianz Stadium and had their say in setting the soundtrack to Cristiano Ronaldo and Co out on the pitch.

The Old Lady romped to a resounding 4-0 victory over Cagliari in Serie A on Monday, with Ronaldo starting 2020 with a bang and finding the back of the net on three occasions, before substitute Gonzalo Higuain added a fourth.

Yet each time the ball hit the back of the net the famous Turin stadium became momentarily British, as Blur’s iconic anthem Song 2 reverberated across all four stands – as decided by supporters. 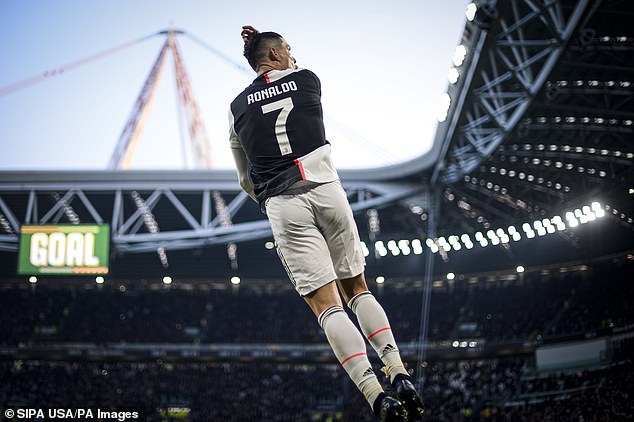 The thumping 1997 hit – loved by fans for its association with the FIFA football console games – was chosen by supporters who voted using Juventus ‘Fan Tokens’ on Socios.com, the world’s first blockchain-based voting and rewards mobile app for sports and entertainment.

For the past eight years The Fratellis’ Chelsea Dagger had rang out each time the Old Lady pierced the back of the net, but the new voting system has handed power to the fans in order to bring about change.

Juve took to social media to announce the winning selection of the vote prior to Monday’s match, during which fans got the first glimpse of the system bearing fruit.

The polls are designed so as they cannot be manipulated or sabotaged as they are processed using the blockchain technology, which cannot be altered.

In recent weeks simple fan Twitter polls were seen to be easily manipulated by supporters of rival clubs, after a large influx of online Liverpool fans voted in Peter Crouch ahead of talisman Harry Kane in Tottenham’s team of the decade. 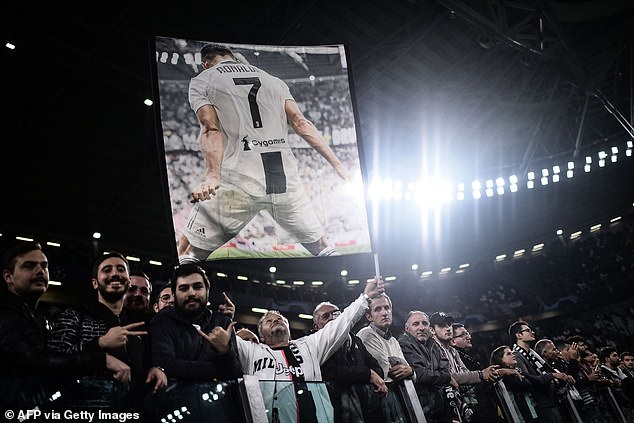 Fans now have a greater element of control over the polls their team run, without interference

Each $JUV costs approximately €2, with the price fluctuated depending on the exchange rate of Chiliz $CHZ – the digital cryptocurrency that powers the process.

Juve and other clubs are set to reveal future poll topics in the near future, and fans who wish to vote and earn rewards can purchase $JUV in advance.

The Italian giants are one of a number of elite European clubs who are blazing a trail and using blockchain technology in hope of getting their fanbase closer to the action.

The Premier League is expected to see its first instance of the fan voting system when the Hammers place control into the hands of their own faithful.

Juve fans were given plentiful helping of the new anthem, as their side picked apart a toothless Cagliari to score four times to keep their lead in Serie A, level on points with resurgent rivals Inter Milan.

Records fell as Cristiano Ronaldo became the first ever Portuguese start to score a hat-trick in the Italian top flight, and in doing so became only one of two players to hit the magic three in one game during matches in Serie A, La Liga and the Premier League.

Ronaldo rounded goalkeeper Robin Olsen in the opening stages, before later adding to the humiliation by sending him the wrong way from the penalty spot.

With ten minutes remaining in the clash, Ronaldo remained alert and diligent, screaming for the ball after a swift counter attack before keeping defenders at bay and finding the bottom corner at close range.

It capped off an emphatic 4-0 demolition for the home side, as substitute Gonazlo Higuain also found the back of the net, with Song 2 ringing out continuously.