A late penalty save by Inter Milan’s Samir Handanovic secured a point for the Serie A leaders against Atalanta in a 1-1 draw at San Siro on Saturday as they moved one point clear of Juventus.

Lautaro Martinez had fired Antonio Conte’s side in front after four minutes but Robin Gosens levelled for the visitors with 15 minutes remaining.

Atalanta had a golden chance to snatch all three points from the penalty spot with two minutes of normal time remaining, but Handanovic dived to save Luis Muriel’s spot-kick.

🖐 After leading 1-0, Inter were staring a late defeat in the face before the keeper stopped Luis Muriel’s spot kick

👏 What a crucial moment that could prove to be later in the season! pic.twitter.com/UT4dAjKteA

Inter are top of the table on 46 points from 19 games at the midway stage of the season, but second-placed and defending champions Juve can overtake them by beating Roma away on Sunday.

‘Looking at the table, seeing us up there, we might turn a blind eye to some issues, but the fact remains I pray we don’t have any players missing, otherwise there’s no cover,’ Conte told DAZN post-match.

‘Atalanta have been working with the same coach for four years, they brought in the players suited to that style of football.

‘We’ve just been together for six months, so being 11 points clear of them in the table is impressive.’ 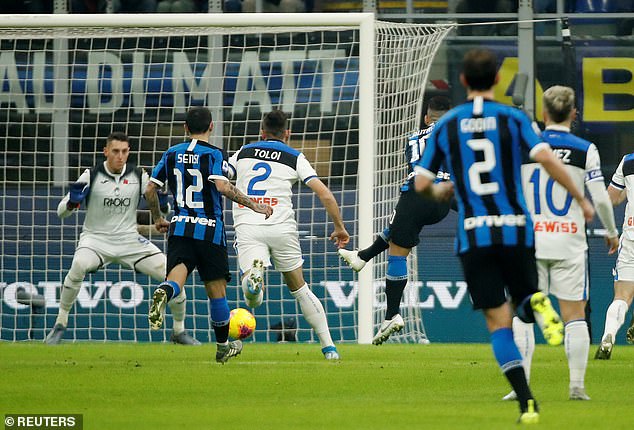 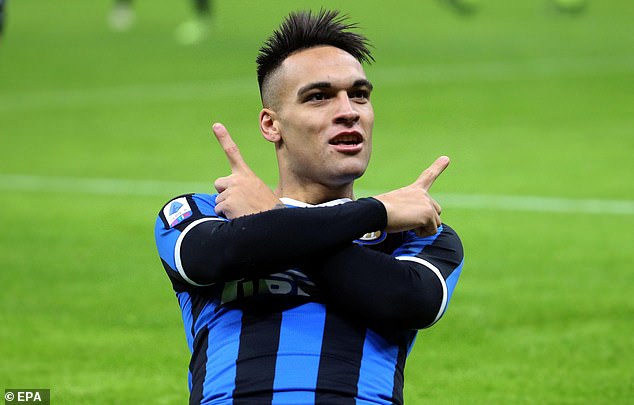 Inter started with intent as Romelu Lukaku fired a shot against the post inside a minute and they were soon ahead as Martinez exchanged passes with the Belgian before rifling in a low shot.

Atalanta were furious when Rafael Toloi appeared to be pulled down by Martinez inside the box as he tried to tap the ball home from close range, but the referee ignored the appeals and there was no Video Assistant Referee (VAR) intervention.

Replays suggested Martinez had intentionally grabbed the defender’s leg to trip him, and Atalanta coach Gian Piero Gasperini was not happy with the decision after the game.

‘I don’t understand why VAR didn’t call it,’ he said.

‘The game is over now, but these things are ugly to see. This type of error should not be allowed in the age of VAR. It’s incomprehensible.’

Atalanta pushed for an equaliser after the break as substitute Ruslan Malinovskyi’s shot came back off the post just moments after his introduction in the 53rd minute.

The visitors’ pressure paid off though when a deflected Josip Ilicic shot was headed into the path of Gosens, who directed a shot home at full stretch at the back post.

Alessandro Bastoni gifted Gasperini’s side the chance to grab a late win when he bundled over Malinovskyi in the area but Handanovic guessed correctly to palm away substitute Muriel’s spot-kick.

The save continued the Slovenian’s excellent record from penalties – he has saved 24 of the 70 spot-kicks he has faced in Serie A, a 30 percent success rate. 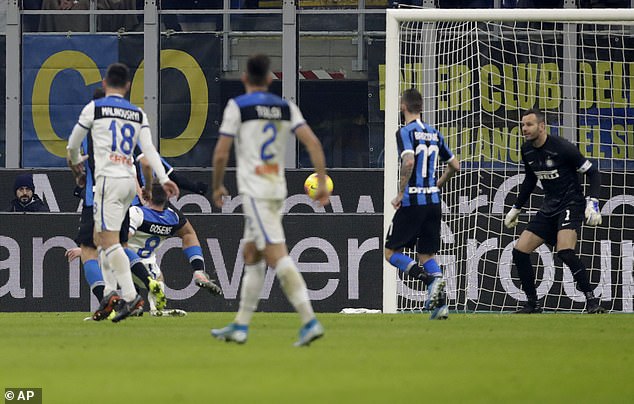 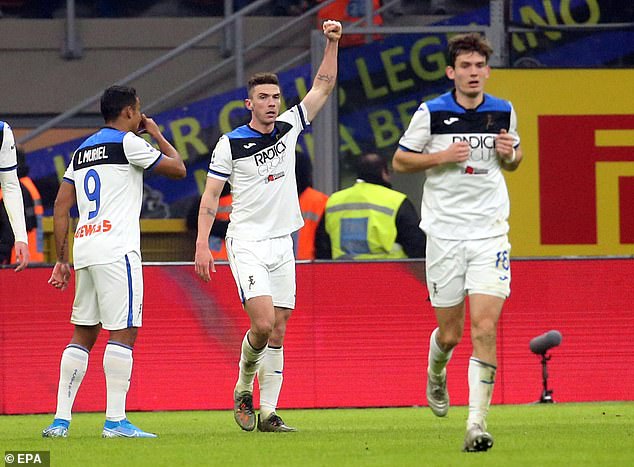