Hellas Verona were made to wait for their win over Genoa on Sunday afternoon as the referee noticed the penalty area lines were not straight before the match began.

After conducting his pre-match inspection, Maurizio Mariani deemed that the lines would have to be redrawn before the game could begin.

Verona ended up winning the game 2-1, lifting them up to 8th in the table. 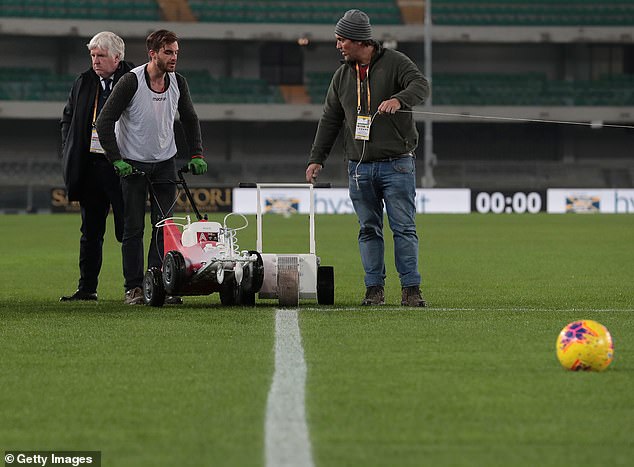 Genoa confirmed the delay on their official Twitter account, as the players and fans were made to wait.

‘The start of the game has been postponed for a quarter of an hour to retrace the lines that delimit the penalty areas,’ said the tweet.

Genoa actually opened the scoring through Antonio Sanabria in the first half, but Verona came back strong in the second. 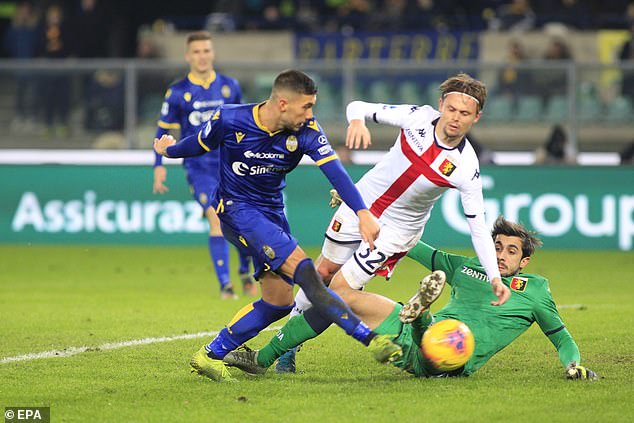 Valerio Verre converted a penalty after 55 minutes, and then Mattia Zaccagni sealed the win 10 minutes later.

The loss means Genoa end the weekend in the relegation zone, but are only one point from safety.

Their fans will be hoping there’s no delay in a turnaround soon to get their season back on track.