Fabio Borini has joined Serie A side Hellas Verona on a six-month deal.

The move rules out a January return to the Premier League for Borini after the former Liverpool striker was linked with moves to Crystal Palace and Aston Villa.

The 28-year-old completed his medical earlier this week with the move confirmed by AC Milan on Tuesday afternoon.

‘The Club would like to thank Fabio for his professional commitment to the Club and would like to wish him all the best of luck for his future career.’

Palace had reportedly contacted Milan over a potential loan move for the forward.

Recruiting a new striker had been one of the London club’s top priorities over the summer, but the failure to add to Roy Hodgson’s attacking options left the Eagles boss frustrated. 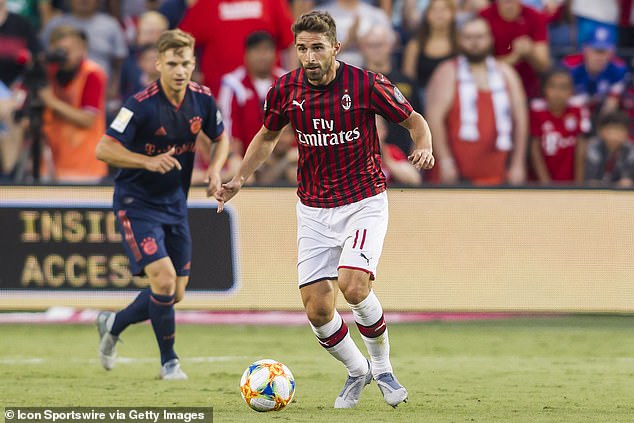 And the Evening Standard reported that Borini had been identified as a target in January, with the Italian likely to be available on a short-term deal until the end of the season.

But the Eagles will be disappointed with the failure of not landing a forward now Borini has chosen his new home.

Aston Villa were also believed to be keen with Borini’s contract expiring at the end of the season.